Brand South Africa says it has noted the areas of concern expressed in the World Bank’s Global Economic Prospects report, which indicates that South Africa’s real GDP growth will expand by 1.3% in 2019.

“While the South African GDP outlook has seen a downward revision, this happens in a global context where the World Bank indicates that international trade and investment are moderating. Additionally, the global economy and trading system is being challenged by trade tensions that remain elevated.

“Furthermore, the World Bank expects growth in emerging market and developing economies to lose momentum, and is projected to reach 4.2% this year.

“Important for South Africa is the fact that increased trade tensions between major economies stand to have a negative impact on commodity exporters due to potential price volatility,” Brand SA said on Monday.

The World Bank had initially projected South Africa’s growth to be 1.8% in June 2018. However, the downward revision of the GDP outlook for 2019 is attributed to high levels of unemployment, challenges in mining production, low business confidence, policy uncertainty, as well as slow growth in household credit extension, which could constrain domestic demand.

Speaking of the report, Brand South Africa’s General Manager for Research, Dr Petrus de Kock said: “While we acknowledge the bank’s report, which states that South Africa’s growth is considerably lower than the 4.2% projected average of its emerging market peers, let us be reminded of the economic revival, and investment initiatives which have been put in place over the last year by President Cyril Ramaphosa.

“The success of the inaugural Investment Conference, as well as the Job Summit, are coming to fruition. We see that the Department of Labour has begun implementing ideas with a R2 billion fund that aims to create over 10 000 jobs and fund small businesses.

“The Investment Conference led to international and domestic companies pledging R290 billion in investments in South Africa – and this is on top of the R400 billion which was received during the investment drive by the special investment envoys and through various countries during State visits.”

The World Bank report cites policy uncertainty as an additional challenge that confronts South Africa’s growth. In response, De Kock said this is a “typical and unfortunate opinion” in an election year.

The South African government and business fraternity acknowledge that investment will not occur without policy certainty.

“In preparation for the 2018 Investment Conference, government undertook significant analysis to identify structural constraints, as well as policy or administrative hurdles that inhibit investment or business.

“To this end, the President announced initial steps towards structural reform at the investment conference. And subsequently, on the economic policy front, Cabinet, as recently as November 2018, approved the Strategy Framework for the pursuit of South Africa’s strategic economic interests, which aims to ensure that international engagements serve the country’s domestic policy imperatives such as poverty alleviation, unemployment and inequality,” said De Kock.

Since the tabling of the 2018 Budget in Parliament, government has sought to reduce policy uncertainty and restore investor confidence by finalising the Mining Charter, which the SA mining industry has responded to positively; re-established a sustainable approach to energy planning by updating the Integrated Resource Plan for consideration by Parliament; revised the Public Procurement Bill, currently awaiting Cabinet approval for public consultation, which will replace existing regulations, and also appointed a panel to advise government on measures to effect fair and equitable land reform that will increase agricultural output and build self-sufficiency in food production.

While the GDP outlook may have been revised by the World Bank, the work to stimulate growth, create jobs and develop South African society continues.

President Cyril Ramaphosa will soon lead Team SA’s delegation at WEF Davos (22-25 January). Following on the successful investment conference, De Kock said, the President will lead the delegation with a single-minded message focused on sharing outcomes from the conference and communicating the fact that South Africa offers investors a stable environment, with significant hard- and soft infrastructure, regional connectivity, and a sophisticated and highly diversified market within which to operate.

At WEF Davos, Brand South Africa, in partnership with ABSA, will host an investment seminar where the President and Trade and Industry Minister Dr Rob Davies will engage directly with international business representatives and policymakers to profile South Africa’s policies, initiatives for business and investment.

Following on that, South Africa will host the Mining Indaba during February, an event that annually attracts more than 7 000 participants from all over the world. At this event, developments in the Mining Charter and opportunities for investment and business in the sector will be shared with fund managers, mining executives and decision-makers.

“This means that all is not lost. The work of realising GDP expansion requires innovation not only on the investment front: it requires South Africans themselves, whose innovations, businesses (micro, small or large), creative solutions, products and services will ultimately help drive national economic growth.

“However, as a nation, there are several lessons to take from the World Bank’s annual Global Economic Prospects report. As an open and transparent democratic system, government and business leaders have to work much harder to maintain the momentum and confidence in the country’s economy, which was lifted by the Investment Conference, among other initiatives,” said De Kock. 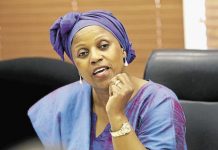