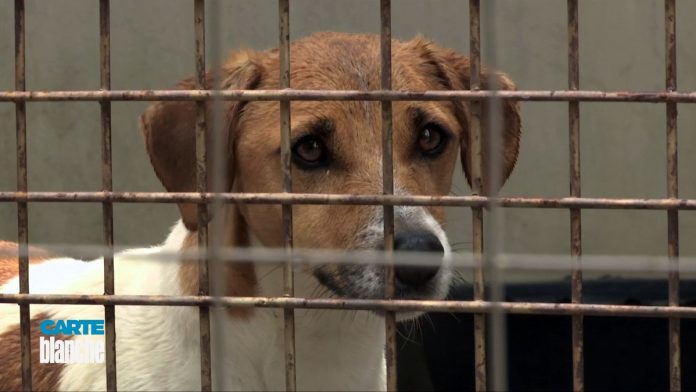 A well known animal shelter in the Free State, which has received thousands of rands worth of donations from the public, is the focus of an investigation by popular South African current affairs show, Carte Blanche, this Sunday (17 Feb). The show will be available to stream from Tues 19 Feb for South Africans abroad. (14-day Free Trial). This week’s episode is a 90-minute extended broadcast. (Details below). 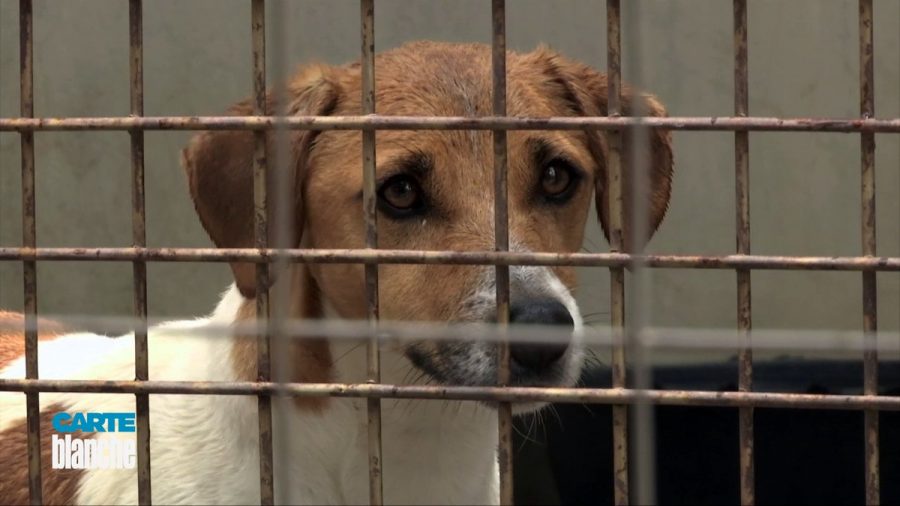 At the end of January, a prominent animal shelter in the Free State burnt down, tragically killing about 30 animals!

Members of the public joined in the rescue of hundreds more dogs and cats.

While as much as a million rand of public donations poured in, Carte Blanche investigates allegations that the animals had suffered abuse and neglect at the hands of the owner. (Producer: Sasha Schwendenwein, Presenter: Claire Mawisa)

A well-known animal shelter in the Free State burns down, killing a number of animals. @DerekWatts investigates allegations that countless animals at the shelter have suffered abuse and neglect at the hands of the owner. That's 90 minutes of #CarteBlanche Sunday 7pm. pic.twitter.com/anwS5hO7sp

Also coming up on Carte Blanche this weekend, Sunday 17 February 2019:

Students taking up residence at the Durban University of Technology, have to stay in residences allocated by University Management. But with up to six people living in one small apartment, broken appliances and unhygienic bathrooms – at high prices – students at DUT have been so fed up that they took to the streets in protest. Now one student has been killed and lectures for the first week of the semester cancelled. (Producer: Jacqui Jayamaha, Presenter: Macfarlane Moleli)

Greener on the Other Side

Late last year, the analysis of satellite data showing air pollution around the world revealed that the coal town of Emalahleni in Mpumalanga is the largest nitrogen dioxide hotspot across six continents. With the World Health Organisation estimating that seven million people around the world die from air pollution every year, what can local government do to respond to the public health crisis? Carte Blanche travelled from the town with the dirtiest air in the world, to Vaxjo in Sweden, a town striving to be the greenest in Europe, to learn how South Africa, can clean up its air pollution. (Producer & Presenter: John Webb, Research: Laura Byrne)

Emalahleni in Mpumalanga has been pointed out as the town with the worst nitrogen dioxide pollution across six continents. How could reducing the use of fossil fuels help the town clean up its act? @journojohn reports. That's 90 minutes of #CarteBlanche this Sunday at 7pm. pic.twitter.com/E4S4ZUUFuG

Nothing Optimal on Optimum

Optimum Mines, bought by the Guptas in 2016 in a controversial deal, has hardly been out of the headlines and now after a lethal gas explosion in one of the shafts, Optimum is back in the news. The mine has been stripped and is in disarray, workers haven’t been paid and rescue operations have been delayed by unsafe conditions underground. What’s gone wrong? In a frank interview, business rescue practitioner Louis Klopper reveals the machinations behind the scenes and how the Guptas are still trying to pull the strings of this Mpumalanga asset. (Producer: Joy Summers, Presenter: Devi Sankaree Govender, Research: Sinethemba Nogude)

Optimum’s business rescue practitioner reveals to @Devi_HQ the machinations behind the scenes in the sale of this Mpumalanga asset, and how the Gupta family is trying to pull the strings from Dubai. That's 90 minutes of #CarteBlanche this Sunday at 7pm on @MNet. pic.twitter.com/yl9Cq46bgB

The Famous Artefacts of The São José Paquete d’Africa Shipwreck

For more than 200 years the wreck of the slave ship São José Paquete d’Africa lay just 100m off the shore of one of the most popular beaches in the Mother City. Seven years ago a global team of archaeologists and researchers, started diving deep to bring up the first few artefacts from the wreckage. Carte Blanche joins the crew on this famous excursion. (Producer: Carol Albertyn Christie, Presenter: Claire Mawisa)

After decades of trying to locate the shipwreck of the São José Paquete d’Africa off the coast of the Mother City, a global team of researchers is pulling up the few historical artefacts from the wreckage. @clairemawisa finds out more on 90 minutes of #CarteBlanche. pic.twitter.com/MHsR9neEoK

Mixed Marital Arts (MMA) has become the fastest growing sport in the world thanks to the rise of the Ultimate Fighting Championship (UFC). Worth just US$2-million back in 2001, the UFC’s market value today is US$3,7-billion and has been ranked by Forbes as the world’s seventh most valuable sporting brand. South African fighters have struggled to crack it in the UFC but Don Madge wants to take his shot at glory inside the fabled UFC octagon. He won his first fight in October last year and is in training for his next fight in April this year. In an intimate portrait of an elite fighter, Carte Blanche meets the up and coming UFC fighter. (Producer: Julian Sun, Presenter: Derek Watts)