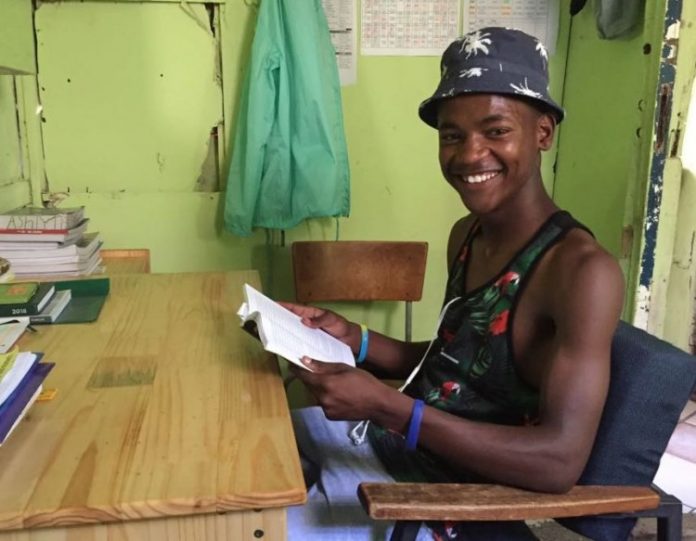 Xolisa Shenxani (18) from Sir Lowry’s Pass Village in Cape Town, has had his heart set on becoming a commercial pilot from a young age despite coming from a disadvantaged background.

“I used to look up into the air and see helicopters fly over my house but I didn’t know what they were. I thought, ‘I would love to fly that thing!’, but I wasn’t sure if people could fly in it. I remember, in grade 1 or 2, a helicopter landed on the soccer field in Sir Lowry’s Pass and I got to see inside of it. That’s when I knew that I wanted to become a pilot!” – says Xolisa.

In 2017, Xolisa’s dreams were set in motion after meeting representatives from the South African Air Force during the Langebaanweg Air Show, who advised him that he too could train to become a pilot, free of charge, granted he met the academic entry requirements in matric and agreed to work for the airforce after completing his training.

In making that dream a reality, Xolisa faced a number of challenges, his mother passed away when he was only 7 years old and Xolisa was moved from household to household to see where he fit in.

Xolisa is currently living with his uncle, aunt and 2 cousins in Cape Town. When he’s not studying, he captains the Chaka Pioneers soccer team in Sir Lowry’s Pass Village.

He is revered as a role model in his community says mentor, Philip Bellstedt (31) whom Xolisa met three years ago, through a freely accessible maths tutoring program he started in the local library. Though the “Discovery Club” program attracted few students, Xolisa attended regularly and remained committed to improving his maths skills. 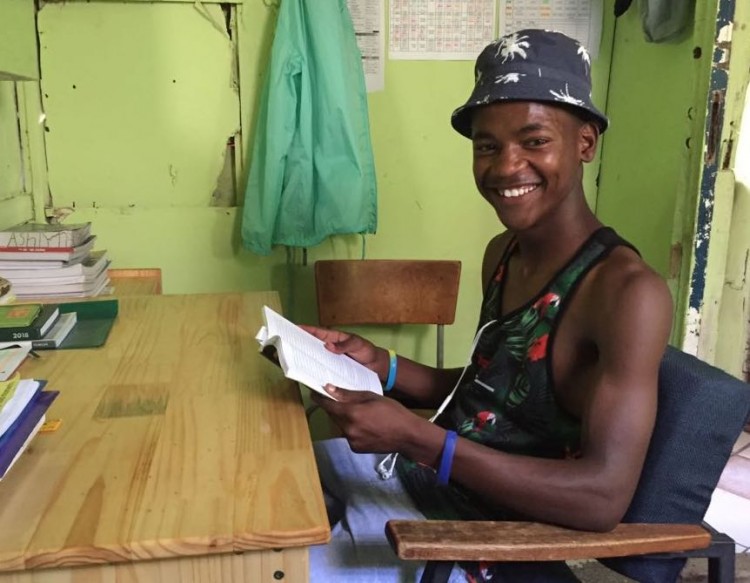 “Through our weekly tutoring sessions, I got to know Xolisa to be a very bright, hard-working boy. With a tiny bit of help once a week, he managed to improve his maths dramatically and by the end of 2016, he received the prize for the most improved in maths in his grade. I got to see first hand not only his academic potential but his leadership skills.” – says Phillip.

Philip soon noticed that despite Xolisa’s commitment, it seemed that Xolisa’s dream of becoming a pilot was in jeopardy, with the ongoing learner strikes and overcrowded classrooms and felt that something had to be done to ensure a brighter future for the young man.

At the end of 2016, Philip helped Xolisa apply to better schools in the area. Unfortunately, the only schools accessible by public transport were over-filled and Xolisa was forced to stay where he was another year.

When Xolisa’s application at the beginning of 2018 was once again rejected due to overcrowding, Philip and girlfriend, Samantha Lee (26) toured private schools in the area and together with Xolisa, decided on False Bay High School as the ideal place for Xolisa to thrive.

“I never dreamed that I would be attending private school. It was hard being in my old school. In my maths class, we had over 60 students. Even though I tried to concentrate, I couldn’t concentrate because there’d be some distractions – kid’s that didn’t want to be at school would make noise – but the teacher wouldn’t explain again; it was your problem; you had to figure it out yourself. It’s much better in my new school. If you’d don’t understand, they make sure you understand. The teachers go out of their way for you if you work hard – they’d do everything in their power to make sure that you succeed.” says Xolisa.

Xolisa is adjusting well to his new school despite having to catch up on the backlog from grade 10. He is attending extra maths, science and English lessons to improve his results in order to qualify for the South African Air Force’s pilot training program. Xolisa also lives with Philip’s parents, Dirk (64) and Friederike Bellstedt (63) during the week so he can focus on his schooling.

“My family and I have fully invested in Xolisa’s future. My parents are always there to offer a hug, a sandwich, a lift or a word of encouragement. We all have high hopes for Xolisa’s matric year, based on the progress he has made and his ability to embrace every opportunity that comes his way” – says Philip.

Philip has created a campaign on a donation-based crowdfunding platform, BackaBuddy to appeal to the public to help support Xolisa’s education. The campaign aims to cover the R39 651 shortfall of Xolisa’s grade 11 year and the cost of his matric year estimate to cost R50 970.

Thus far, Philip has supported Xolisa’s education with personal funds and the support of a few sponsors.

“Xolisa’s BackaBuddy campaign went live on 29 March 2018 and has thus far raised R 77 318.50 towards the fundraising target of R 187 800.00 with contributions from 25 donors. Funds raised are managed directly by BackaBuddy NPC and are paid directly to False Bay High School for Xolisa’a education. Donors will also receive regular updates on Xolisa’s progress should they wish to show their support.” – says Zane Groenewald, BackaBuddy Public Relations Officer.

“I believe that investing time and money in the future of a promising, hardworking child-like Xolisa is a good investment. Xolisa’a success will not only be to his benefit, but also to the benefit of his descendants and to those in the community who look up to him. My dream for Xolisa is that he reaches his potential and lives a happy, fulfilled life.“ – says Philip.

“I’m very grateful to everyone that has supported my BackaBuddy campaign. I never thought I would be in a private school. It’s the best opportunity ever! There are lots of kids out there, who also need help. I hope one day that I could do for someone else what is being done for me” – says Xolisa.

Update: Through an anonymous donation of R 101 500.00 received on BackaBuddy just after this article was published, Xolisa’s crowdfunding campaign for his school fees is now 96% funded!

Click here to make a donation to Xolisa’s campaign on BackaBuddy:

Alternatively, make use of this Snapscan code 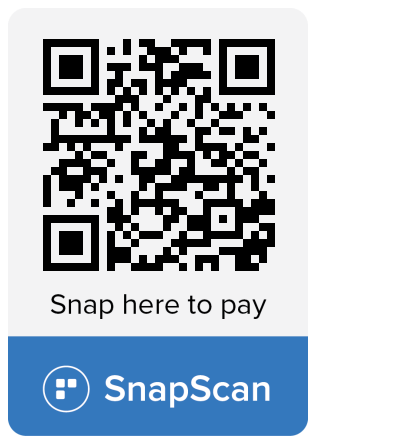