Tuesday marked the fifth day since a lion escape in the Karoo National Park outside Beaufort West, Western Cape.

This is according to Nico van der Walt, Park Manager at Karoo National Park who said the search party consisting of 14 Rangers and about six volunteers from neighbouring farms breathed a sigh of relief late Tuesday (19 February 2019) after a discovery of a female eland kill in an adjacent farm to the park.

He said the discovery of this kill, with most of the carcass consumed, has increased our chances of locating the lion. “A lion with a full belly is likely to sleep for some time, this will thus work to our advantage and we can gain time on the lion.”

Van der Walt said the search team followed the spoor from the kill until sunset, covering an area of about 11,8 kilometres from the park and resumed with the search at first light yesterday morning. 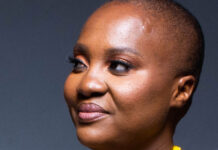