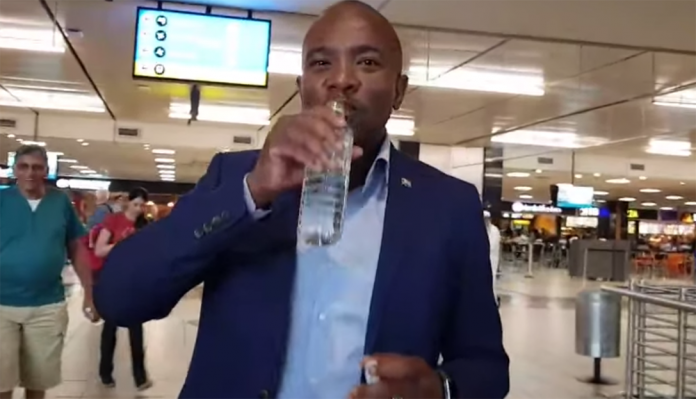 He added the hashtags #KeepItGoing, #KeepItFlowing and #Woolieswaterchallenge – referring to the challenge which was launched on Sunday by four South African students with a brilliant sense of humour.

The students filmed themselves drinking Woolworths’ water… and the effect it had on their accents! (If you haven’t yet – watch the original #WooliesWaterChallenge video here before watching these…)

44/10 or 4/10? It's actually 4 out 10 South Africans who can not find a JOB. Let's bring a job in every home, #KeepItGoing and #KeepItFlowing! #Woolieswaterchallenge

After watching  the video one female social media user said: “After a lot of serious thought… I have decided to vote for the DA – because Mmusi is super sexy and drop dead gorgeous!”

Meanwhile, South African motivational speaker and comedian, Tash, posted this on her Facebook page – Bash with Tash – showing the REAL results of drinking Woolies’ water (watch till the end):

The water challenge, the real results.🤣

And the jokes keep coming… 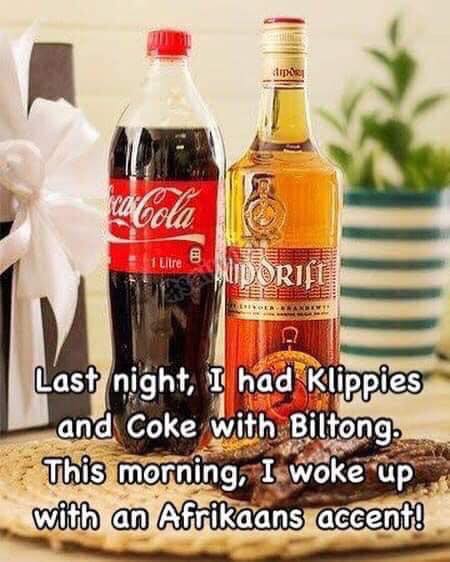