Proud South Africans turned out in force yesterday for the famous London Marathon in the UK… and were not disappointed by the results, with the top three winning positions being hogged by athletes from the African continent in both the men’s and women’s categories.

The race was won by Kenyan Eliud Kipchoge who led from start to finish to clinch his fourth London Marathon crown on Sunday, with Britain’s Mo Farah finishing in a disappointing fifth position.

Kipchoge – who smashed the world record by over a minute when winning the Berlin Marathon last year – strode clear of the field to win with the second fastest ever marathon time of 2:02:37.

Ethiopian duo Mosinet Geremew and Mule Wasihun kept up with Kipchoge, but the Kenyan pulled clear in the last two miles, leaving them in second and third position.

In the women’s section, Kenya’s Brigid Kosgei improved on last year’s second place to win her first London Marathon title in a personal best of two hours, 18 minutes and 20 seconds, ahead of reigning champion – and fellow Kenyan – Vivian Cheruiyot in second place, and Ethiopia’s Roza Dereje in third.

Pumela Salela from Brand SA captured the celebratory atmosphere with these fantastic photos of South Africans at the marathon. 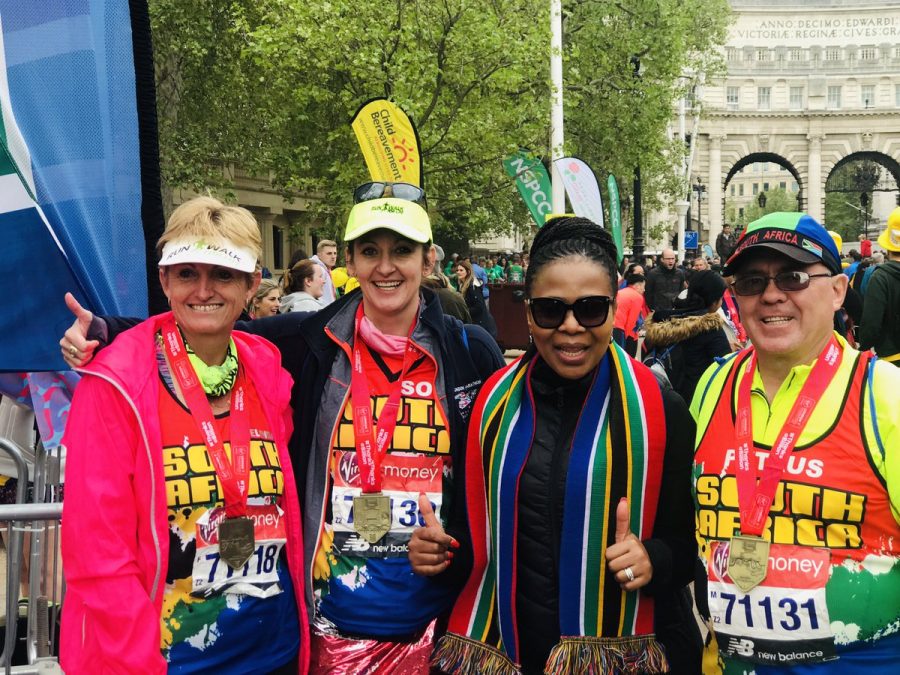 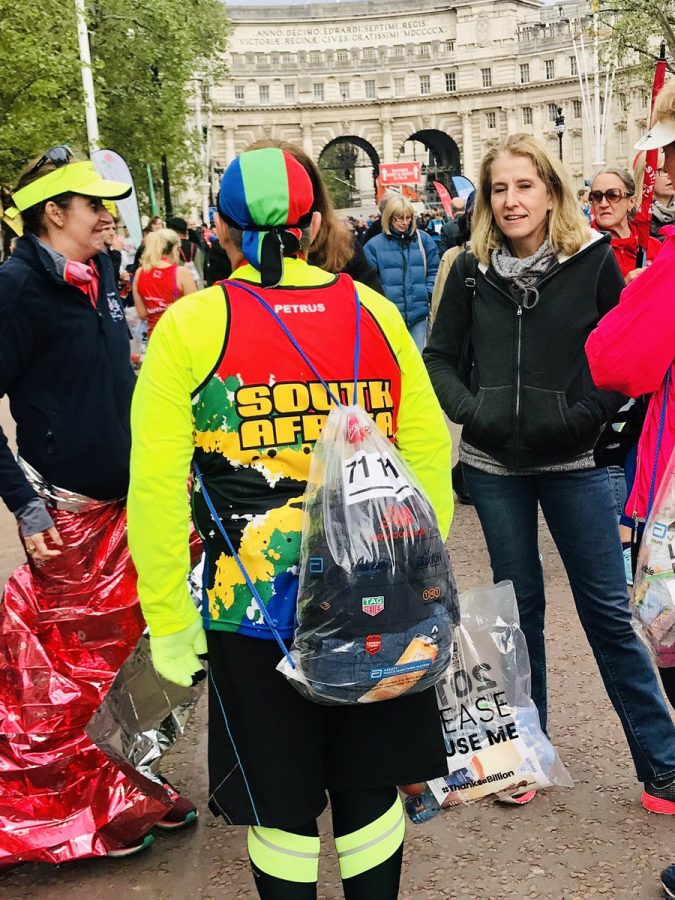 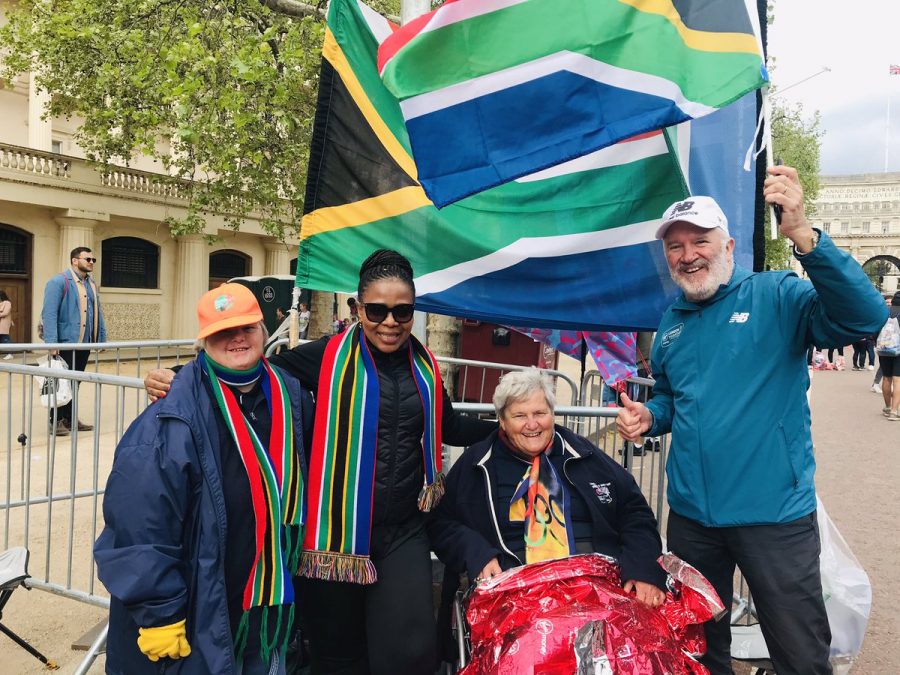