At least two people in South Africa were able to cast multiple votes on Wednesday as seen in the video below, and several others have reported that the ‘indelible’ ink was easy to rub off; and that the process used to check ID books was not vigorous enough to flag someone who tried to use their ID book a second or third time!

Indelible ink is by definition a semi-permanent ink or dye that’s applied to voters’ forefinger or thumb (in the case of South Africa) during elections to prevent frauds such as voting more than once! Usually, even nail varnish can’t make the mark disappear. It appears that what was supplied to the IEC was inferior quality.

COPE’s Deidre Carter said she went to 5 voting stations and could have voted at all five if she wanted to (watch video below) as she was given the sticker in each station. She also showed how easy it was to remove the “indelible” ink, and claimed that EFF members voted more than once.

One KwaZulu-Natal mother told SAPeople: “My husband and I got our left thumbs marked, voted, came home, washed our hands and the ink markings have come off. No trace of it. It does not seem right…”

According to a report from Suburb.News in Nelspruit, a woman near Barberton was able to vote three times at different stations. (South Africans were allowed to vote at a different station to the one they were registered at.)

To verify the woman’s claims of multiple voting, the Suburb.News reporter tried doing the same, and was able to vote twice. Watch below.

The IEC has responded, announcing at 23h30: “Two separate instances have been brought to the attention of the Electoral Commission over the past few hours in which it is alleged voters were able to cast more than one vote at different voting stations.

“The Commission views these allegations in the most serious light and has launched investigations into these 2 incidents. Fortunately, the election process contains a number of checks and safeguards which together serve to protect the integrity of the process.”

The investigation could delay election results.

The IEC said: “All election results are only finally captured and displayed in the results system where the Commission is satisfied in the integrity of the results.”

But these were isolated incidents and in general the IEC said it was pleased with “the smooth progress of voting”.

SANews.gov.za said the first results from voting districts with the smallest number of voters are expected to reflect on the results system before midnight tonight.

COPE’s Deidre Carter tells how she went to 5 voting stations and could have voted in all five if she wanted to, as she was given the sticker in each station. Also she brought Domestos to show how easy it is to remove the “indelible” ink.

Cope's Deidre Carter illustrating how she managed to have her ID scanned at four different voting stations. The ink also no longer visible. @eNCA #SAElections2019 pic.twitter.com/YsFGrbEKBk 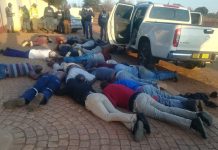 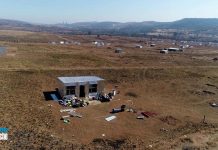 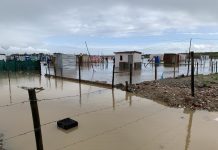