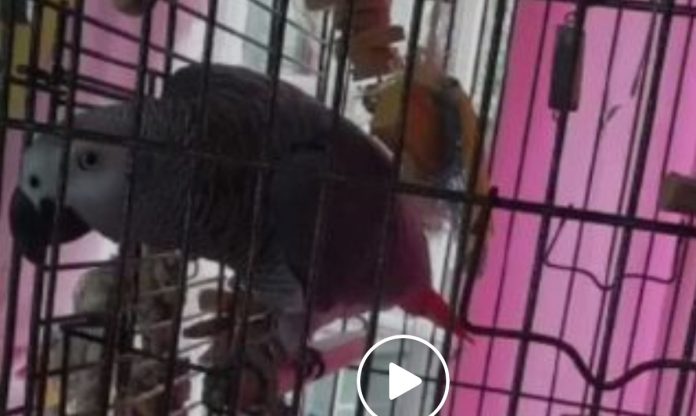 An African Grey Parrot that swears in Afrikaans is going viral on social media, as its owner tries to tell it “no man Marco (or Narco), don’t be so rude!”

The source of the video is unknown. The footage was sent to The Dirty Mexican Martinez by Capetonian Calvin Davey, who says it was sent to him.

African Grey parrots are one of the most popular avian pets because of their ability to mimic human speech. A Harvard study found they could learn over 100 words. Last year, the BBC reported an escaped red-tailed African Grey that was able to return home because he kept repeating his owner’s name and address to the local vet!

Apparently they live 20 to 40 years longer in captivity, than in the wild where they usually have a lifespan of 23 years. The BBC said these parrots have a cognitive ability of a six-year-old child! Fortunately most six-year-olds don’t vloek like this!

WATCH The ‘rude’ African Grey Parrot that swears in Afrikaans

Posted by The Dirty Mexican Martinez on Wednesday, May 22, 2019