JOHANNESBURG – A panel of experts appointed by President Cyril Ramaphosa to advise South Africa’s government on how to resolve the issue of land reform, restitution and redistribution handed in its final report on Tuesday, the presidency said. 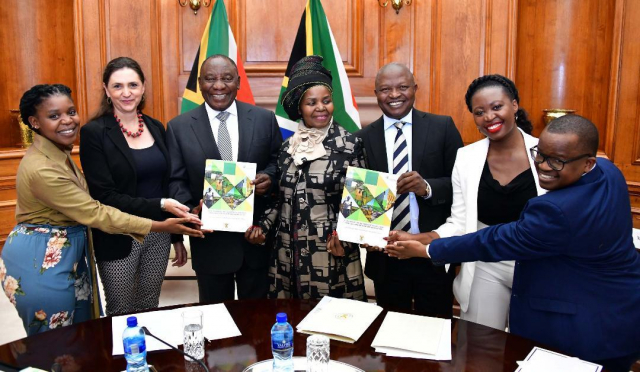 “This report is an important step forward in our quest to right the original sin by developing solutions that are not only uniquely South African but most importantly, build a society in which all may share in the wealth of our land,” President  Cyril Ramaphosa said.

Land rights are among the most pressing issues in South Africa more than two decades after the end of apartheid, when millions among the black majority were dispossessed of their land by a white minority.

Last year, the ruling African National Congress (ANC) proposed a constitutional amendment that would allow the government to seize land without compensation.

The plans were approved by parliament in December and the draft land reform bill is set to be debated again in October. The report by the advisory panel will be key to how the final law will look.

Policy aspects investigated by the panel included the level of financial support given to new farmers, compensation for current land owners on targeted land and what forms of ownership or leasehold regimes will be pursed.

The presidency said the report, which had been due in April but was delayed by disagreements between panel members and over the scope of their mandate, would be put to the cabinet before being released publicly.

If the government decided to push ahead with wider powers to seize land without payment, it could see local and international investors lose out on land earmarked or already used for mining, farming and other commercial activities.

The lead up to May’s election saw an increase in protests and political jostling over access to both agricultural and residential land as concern over the issue mounts.

To become law, the reforms would need to be passed by both houses of parliament and then signed by Ramaphosa. It is unclear how long this process would take.