An historic aviation challenge is currently taking place as 20 South African teenagers are flying a Cape to Cairo (and back) excursion in a self-assembled Sling-4 aircraft that uses ordinary motor fuel and was built in only three weeks! 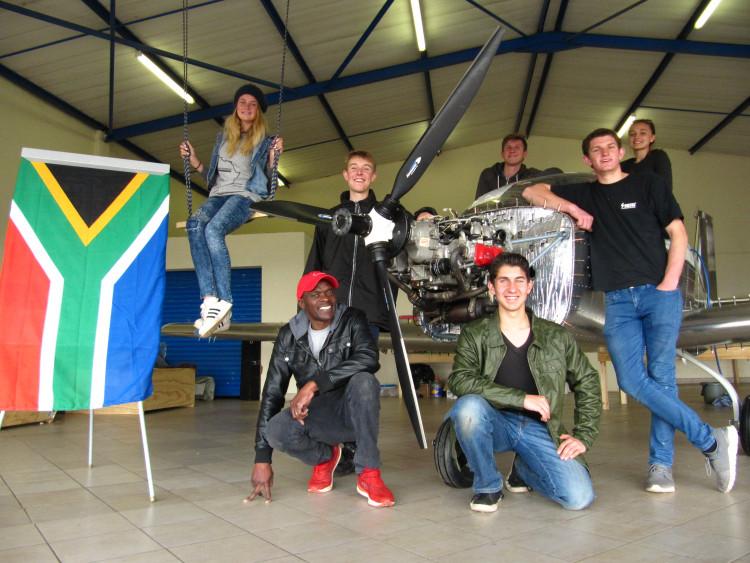 According to the BBC the aircraft has successfully made its first stop in Namibia!

The excursion will see different teams of the twenty teenagers pilot and charter a course that will cut across several African cities and towns spreading the key messages of an African narrative that started as a dream.

Teen pilot, author and motivational speaker Megan Werner (17) from Krugersdorp, Johannesburg, sparked by her passion to inspire, founded U Dream Global Foundation to uplift, empower, equip and transform the lives of thousands of youth throughout Africa and the world by dreaming and achieving the impossible as well as succeeding beyond expectations.

“The Challenge has enabled us to take a lot of teenagers from different backgrounds to teach and equip them with life skills that they can take with them into the future,” says Megan.

“Throughout Africa, we are hoping to do similar impacting thousands of lives of the youth that are the future of the continent.” – says Megan

After Namibia, they will be stopping in Zimbabwe, Malawi, Tanzania, Kenya, Ethiopia, Eritrea to Egypt. The return trip will include Uganda, Rwanda and Zambia.

Voluntary support for logistical aspects of the flight is being provided by CFS, ExecuJet, World fuel and Mike Blyth, founder of The Airplane Factory – the enterprise that designed and built the original Sling plane series. The prototype of the Sling 4 was chosen because this type has already been flown twice around the world.

Using specially modified, self-made drones, the Challenge will be documented on video as some of the teenagers fly alongside adult supervisors who will use a second Sling-4 aircraft for support to monitor proceedings.

To raise funds to cover the costs of fuel, accommodation, crew support, commercial flights, branding and documentation of the trip, the team hopes to raise a total of R 350 000 through a campaign launched on donation-based crowdfunding platform, BackaBuddy.

“By doing this project we can show the youth and people right across the world that anything is possible if you set your mind to it.

“If teenagers can build a plane and fly it Africa what is stopping you? We hope the public will support our BackaBuddy campaign because a journey of 1000 miles starts with a single step!” – says Megan.

You can support this cause on BackaBuddy: https://www.backabuddy.co.za/cape-to-cairo