Scrapyard innovator to Netflix hero, William Kamkwamba inspired social trailblazers at a week-long innovation get-together that has just ended in Durban, and encouraged those who had moved abroad to come back to help Africa with their inventions.

Kamkwamba has been inventing since he was a child in Malawi when he gained global attention for building a wind turbine using materials collected from a local scrapyard… and now he will support a new wave of African inventors having detailed his own experience at the 2019 Red Bull Amaphiko Academy in Durban.

Kamkwamba was unable to attend school as a child in Africa, so he visited his village library often to help boost his love of electronics which resulted in him creating a makeshift wind turbine that soon got the attention of local farmers and journalists.

News of his amazing accomplishment soon spread internationally with the young inventor going on to make a TED talk.

He went on to graduate from Dartmouth College, with his inspirational book “The Boy Who Harnessed the Wind” adapted into a film for Netflix by acclaimed British actor Chiwetel Ejiofor.

He is now working with WiderNet to develop an appropriate technology curriculum that will allow people to bridge the gap between knowing and doing. Here’s some of the wisdom he shared in Durban:

What are you working on now?

Right now what I’m working on is to put up an innovation centre in Malawi. The innovation centre is going to allow people to come and work with me to develop their ideas. I know there are so many talented young people all over the world but sometimes a lack of space to help them build their ideas. I want to enable that, making sure that anyone who has an idea has a space where they can think and build and be connected to professionals in the field that they are working on.

How has your narrative changed from your first project to now?

Early on in my project, I was more resistant to talking to people about it. The reason why I was doing that was when I started a lot of people were questioning what I was doing – they were laughing at me, thinking that I was going crazy. So I felt like I was very resistant, even with the people that could be interested to work with me. I wish I didn’t have to think in that way, be a little more open, which I am now.

How do you balance between achievements and where you’re from?

I always try to get back to Malawi several times a year. I spend half of the year in Malawi, and when I’m in Malawi I interact with the same people that I used to interact with even before I left. For me being in that environment is the same. I’m not trying to show people I’m better than them. I might have training or skills that some others in the community don’t have, but I also appreciate that they have skills that I don’t have, that I can be able to learn from and incorporate that into my work.

What can be done about the African brain drain to encourage people to return from studying abroad?

I think what needs to be done at an individual level is to understand how powerful your skills can be valued in your own community. For me, what I look at is what I can do. I think I can be more influential in Malawi to solve some of the problems than I could in the US. Making it easy, making it applicable to young people to make them think they are being valued in whatever they are doing. If we change the narrative that I’m part of the big dream for my community or my country in general, I should be able to go back. That is going to really change and twist the mindset that young people have. It’s not just going home for the sake of being home, but going home for a big purpose – bigger than me. I can do projects that I care about but also it’s going to solve these big challenges and problems we are facing. I think that will help a lot of young people to be interested. 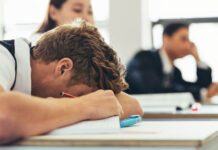 The Real Matric Pass Rate Looks Closer to 51%, According to Opposition