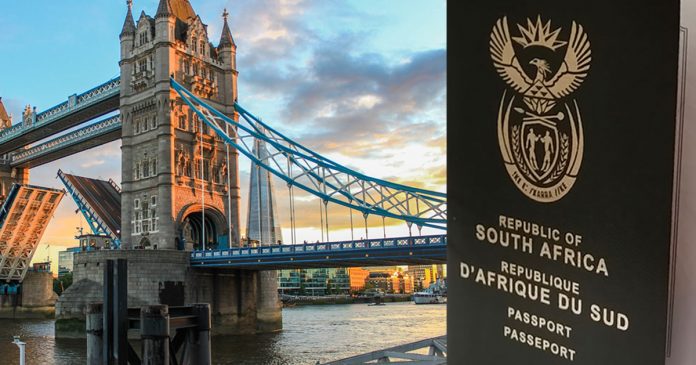 While many South Africans in SA were rejoicing this week after the Department of Home Affairs announced that SA passports are now being issued within 13 working days… South African expats abroad shared their horror stories of waiting six months to a year (some even more), and begged for the service to be sped up for them too. (See the feedback from around the world below.) Fortunately, there could be hope on the horizon… 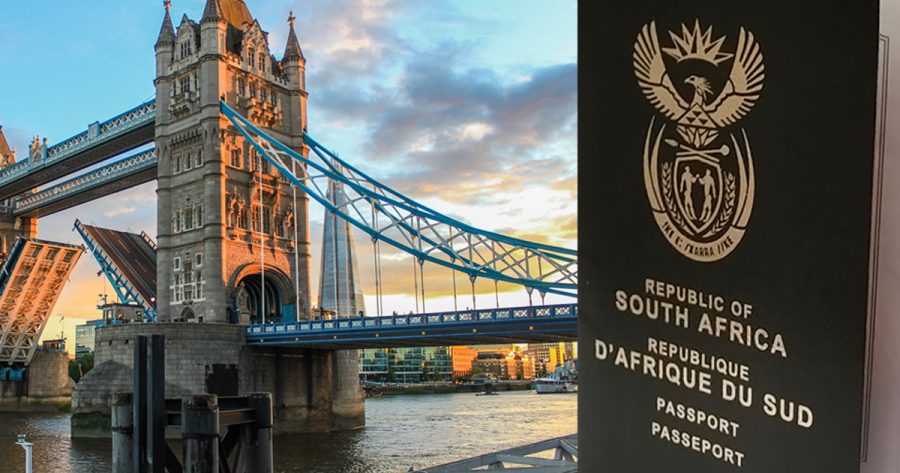 It’s not just that the wait is frustrating, and that once a passport application is submitted there’s no way of tracking its progress (!), and trying to contact the Dept of Home Affairs Section at a Foreign Mission is usually fruitless (phones and emails don’t work or go unanswered) – it’s also that the consequences can be heartbreaking.

“We have heard of numerous, sometimes traumatic experiences, where people can’t travel home to be with dying loved ones or are unable to gain access to healthcare abroad, as a result of not being able to obtain the necessary documentation in a reasonable amount of time,” says DA (Democratic Alliance) Abroad Leader Francine Higham.

Complaints about the severe delays in issuing passports, ID books and birth certificates abroad have been so bad, that the DA’s Shadow Minister for International Relations and Cooperation, Darren Bergman, together with members of the DA Abroad UK Committee, conducted an oversight visit to the South African consulate offices in London on Tuesday.

With the delays being one of the largest factors preventing South Africans abroad from being able to vote in the recent general election, the DA Abroad is on a mission to resolve the matter for South Africans living abroad.

Following failed correspondence with the SA High Commissioner in London (while the DA’s first email was acknowledged, “all subsequent correspondence has been ignored”), Higham says the DA is now escalating the matter through Parliament in order to identify solutions.

Here is feedback for the Home Affairs Minister from SAPeople members around the world:

Wim Coetzee: “I’m considering relinquishing my SA citizenship and travel to SA on my Aussie passport. The process is much easier and quicker than to apply for a new SA passport.”

Karen Pereira: “Been waiting 6 months for a passport.”

Gavin Futcher: “Took 8 months for SA passports recently and 8 days for our Australian passports the other day… they must use different couriers🤣🤣🤣🤣”

Razia Mahomed: “I waited 6 months for mine to be told I don’t hold citizenship anymore!”

Lizette Kapp: “It was 7 months for mine. Had to phone Canberra every month.”

Nicolette Porter: “We waited 6 months to get new passports.”

Claire Drayton Sage: “For Australia, 8 to 12 months is the norm!”

Jan Van der Schyff: “It’s a joke, I have and still am waiting for my passport. It’s been almost two years since I have applied. Many phone calls and emails later and still nothing.”

Deirdre Havelaar Norval: “PLEASE consider streamlining the process at the embassies around the world. We wait between 6-12 months for our passports (depending on how quickly a diplomatic bag is filled up to be sent to SA). THAT is the REAL challenge!! We take it in our stride, and the Embassy is very sympathetic to our complaints but they have to follow procedure – which is that they have to wait until a diplomatic bag is full before they can send it to SA to be processed. The same applies to the bag that needs to return. It would be great if the Ottawa embassy (and for that matter also the US embassy) had their own passport machine to issue passports.”

Marika Manson: “I applied in Toronto, had to wait two years, luckily I have my Canadian passport as well. We had planned a South African trip, but had to cancel it since the passport did not show up, I went to the Embassy a few times, even tried to cancel my SA citizenship and was told that that would take at least a year. I finally received my passport in late 2018.”

Adri Nel: “Takes forever. I waited 9 months for mine. Reason being – they lost my fingerprints and only after I enquired after 5 months, they realized it and took another 4 months to finally get it. My husband applied for his in January 2019 and we are still waiting. Thought I misplaced our family’s birth certificates – I applied for new unabridged birth certificates – lady at consulate said I will be lucky to ever receive it – still waiting one and a half year later! In the meantime I found my ‘lost’ ones so it does not matter.”

Paul Day: “All international applications will take ages, there’s no money for weekly Govt Courier Services, it’s now once a month, so you wait 2 months minimum. They only have one mail bag a month. You’re not allowed to use a private courier either…”

Chantal A Godden: “Mine took 4 weeks and I renewed it last year in Helsinki. Never mind my son’s birth certificate and passport was applied for 4 years ago and we are yet to receive it. At this stage we don’t want it.”

Beverley Gehrke: “I am still waiting… had lots of problems in Berlin. I’ve been living 35 years in Germany but still hanging onto my S.A passport😊”

Egmont Rohwer: “I’m still waiting – next Friday it will be 1 year. I’m going to send them a birthday card.”

Danice Farinha: “I have been waiting over SIX months for my passport renewal. I hope I eventually do receive it, but how long will I have to wait??? Maybe SIX years??”

Precious N Ngesi: “What about the Embassy in Ireland? People wait 7 to 9 months for their passport. Can you do some thing about our Embassies abroad? i went home to do my passport and in just 9 days I got my passport … I even complained to the manager and he told me the only thing can help us is to complain to the Home Affairs Minister.”

Sue Greenberg: “Please speed up overseas applications through your embassies. Ours took a year, and many phone calls.”

Al Reyneke: “NZ is currently more like 12 months. SA makes it so hard for us to travel.”

Stacey Antonie: “We waited 9 months. Lady at SA consulate said we were lucky cause it normally takes a year.”

Ian Irving: “Almost 7 months through the embassy in Oslo 🙈.”

Candace van der Walt: “I’ve been waiting over 9 months for mine here in Portugal. Ridiculous.”

Marli Boucher: “6 months in Qatar if they haven’t lost all the documents!?”

Annelize Smith: “The Embassy in Moscow is still insisting that it takes a solid 6 months to apply for one while you are out of South Africa.”

Farzaana Hoosen: “I’m living in South Korea and it takes about a year to apply for a new passport. Can they speed up the process internationally too??”

Filippo Fior: “Had to wait 6 months to have mine from Bern.”

Jaco-Lize De Bruyn: “I have to wait a year to get mine…”

Joe M Vo: “Took 6 months for mine in Tanzania.”

Clinty Williams: “Did mine in Bangkok and waited 6 months to get it.”

Jaco-Lize De Bruyn: “I’ve been waiting a while. Before me, both my parents waited 9 months for theirs.”

Inge Kock – “Applied for mine through the SA high commission in Trinidad. It has been 7 months and counting… Just keep following up.”

Yolande Smit: “Ours took 6 months to arrive in the UAE…”

Ronnie Govender: “Received my passport in just under 5 months. Would have waited longer had I not enquired, as the passport had been sitting in the London consulate. The attitude of some of the staff at these consulates need to be addressed urgently. They think they are doing you a favour, rather than providing a service. I was helped by a non South African lady working at the consulate, who went the extra mile to get my passport back to me.”

Sonja Lombard: “We wait 6 to 8 months when applying from the South African Consulate in London. Hope the improvement includes applying abroad.”

Liezel Terblanche: “If they could so something to speed up the process at the consulates abroad, that would be such a huge change. Currently you can wait up to a year for your new passport in London.”

Karen Nicoll: “I submitted my renewal in London almost 5 months ago! I am due to fly to SA for holiday end of July!!! Anyone have any contacts in Home affairs to find out more than “it’s in the process” and how I can get it back before I depart?”

Karl Walberer: “Try renewing SA passport in London! Nightmare 18 months still nothing despite chasing them. They wouldn’t recognize my Scottish wedding certificate, had to try get it in SA documentation…”

Claire Roadley: “So is it just the courier that takes 6 – 9 months to get it from London to Pretoria then for international renewals? 😂”

Edith Thamae: “In New York, it has been 5 months. Still waiting. Was told could wait for a year!”

Adele West: “It took 6 months to renew through the New York consulate.”

Daphne Teresa: “A friend applied in Washington DC, the closest embassy, and they told him it will take 6 to 8 months!”

Liezel Kuntz: “We waited 8 months for passport from Lusaka only to eventually find out it was never submitted. Flew out with emergency travel doc and had it done in SA.  We then went to a Home Affairs office in South Africa and it was done in a week.”

Higham says the DA is escalating the matter through Parliament in order to identify the following solutions:

Higham says “our request is simply that the same service afforded to those in South Africa, is also made available to those abroad…”

P.S. If you’re in the UK and have successfully received your passport – book now for a Christmas holiday to SA to escape the grey! Check out SAA now for some awesome tickets.