As Volkswagen rolled the last Beetle off a Mexican assembly line this week, a group of South Africans in a 1972 model of the bug is setting off on a 12-nation trip through Africa to Romania to raise funds for heart surgery for more than 100 children. At the end of the journey, the Beetle will be sold on auction.

The expedition that sets off from Cape Town on 17 July is steered by a team of Round Table members from Benoni, outside Johannesburg. They are aiming to collect R5 million to help save “close to 125 lives” of children desperately in need of heart surgery at the Nelson Mandela Children’s Hospital in Johannesburg.

The 1972 VW Beetle, driven by Alex Staniland and Leigh Michael, will end its journey on 24 August at Dracula’s Castle, in Transylvania, Romania, at the Round Table International World Meeting. There the Beetle will be auctioned.

The Boikanyo Foundation was started ten years ago by several medical specialists, paediatric cardiothoracic surgeons, businessmen and volunteers from the Lakeside Round Table to help children in need of surgery and, last year, teamed up with the Nelson Mandela Children’s Hospital.

“Due to a lack of adequate facilities and particularly a shortage of intensive care unit nursing sisters who care post-operatively for these small patients, a backlogged waiting list of 300 children had built-up over the previous 12 months. These children all desperately require heart surgery, ranging from relatively simple to more complicated procedures.

“In order to address the situation, the surgeons volunteer their theatre services at no-charge. However, the consumables used in theatre and the services of intensive care nursing staff who care for the small patients after surgery, still need to be paid for.

The Boikanyo Foundation has managed to generate value amounting to R13.4 million during the past 3 years.”

According to the Boikanyo website, since January 2007, 100 heart operations have been successfully performed as a result of funds it has raised.

The expedition on the “Boikayno Bug” will be crossing 12 countries including Botswana, Zambia, Malawi, Tanzania, Kenya, Ethiopia, Sudan, Egypt, Turkey, Bulgaria, ending up in Brasov, Romania, covering a distance in over 13,000 kilometres. More information about how you can help the foundation is available at Boikanyo 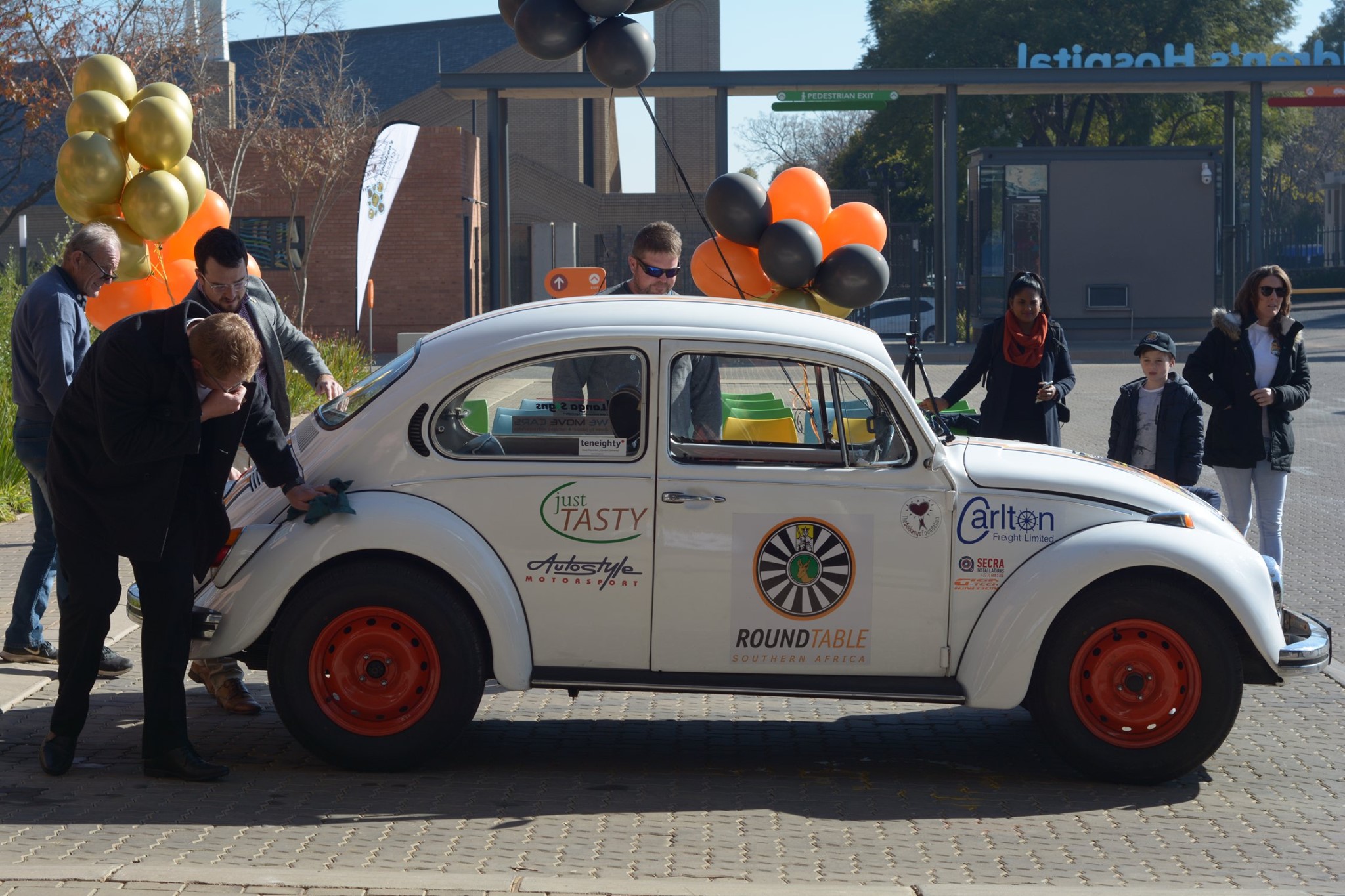 It is a bittersweet moment for the Beetle. Serenaded by a mariachi band and surrounded by proud factory workers, the final units of the retro, rounded compact were celebrated at a VW plant in Mexico’s central Puebla state more than 80 years after the model was introduced in Germany.

It is the end of the road for a car that ran from Nazi Germany through hippie counterculture but failed to navigate a swerve in consumer tastes toward SUVs.

The last factory producing Beetles, the facility already produces VW’s Tiguan SUV and will make the Tarek SUV in place of the Beetle starting in late 2020, Volkswagen de Mexico Chief Executive Steffen Reiche said. The bigger vehicles are more popular in the United States, the main export market for the Mexico factory.

The last Beetles will be sold on Amazon in a move symbolizing the company’s embrace of the future, Reiche said.

“Today is the last day. It has been very emotional,” he said. The current design was the third version of the Beetle after two earlier cancellations and revivals of the marque.

The “bug,” as the Beetle was nicknamed, debuted in 1938 as an affordable vehicle commissioned by Adolf Hitler to promote car ownership among Germans.

With its funky design and inexpensive price, the car became a success story over subsequent decades and was one of the top-selling models of all time as well as the best-selling import in the United States in the 1960s, according to auto publications.

In the 1960s, the Beetle was a small-is-beautiful icon of the postwar Baby Boom generation. The 1968 movie “The Love Bug,” which featured a zany anthropomorphic vehicle, stoked Beetle fever.

Despite its place in popular culture, sales of the Beetle have been lackluster in recent years. The German automaker announced in September that the Beetle would go extinct.

(Reporting and editing by Ted Botha for SAPeople; for Reuters, reporting by Sharay Angulo; writing by Stefanie Eschenbacher and Anthony Esposito; Editing by Cynthia Osterman)