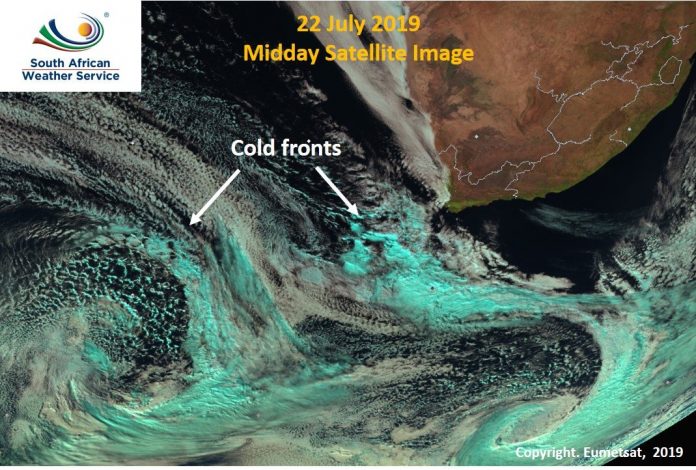 The South African Weather Service (SAWS) has confirmed that an “intense cold front” is still on track to make landfall in South Africa on Tuesday (23 July 2019), bringing with it possible floods, snow and monster waves.

Severe weather alerts have been issued for the Western Cape and western parts of the Northern Cape. Advisories include disruptive snowfall, strong to gale force winds, heavy rain leading to flooding and wave heights in some places as high as seven metres!

The alerts from SAWS include:

Eish, this is how frrrrrreezing it is in parts of South Africa at the moment…

Posted by SA-People – for South Africans in South Africa and expats on Monday, July 22, 2019

WATCHES (weather to be prepared for)

The Swartberg Pass between Oudtshoorn and Prince Albert was the place to be for snow this weekend, and once the sun came…

If you have to drive, please drive safely: