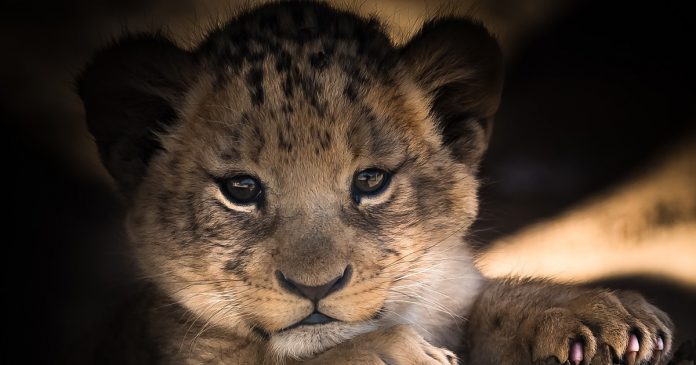 Judgment was handed down in the Pretoria High Court, South Africa, today regarding the controversial lion bone export quotas from South Africa. The Court ruled in favour of the NSPCA, finding that the setting – by the Minister of Environmental Affairs – of the annual quotas in 2017 and 2018 was unlawful, constitutionally invalid, and did not follow due process.

The case between the NSPCA, the Minister and the South African Predator Breeders Association concerned the quotas and the implications for the welfare of captive lion.

The NSPCA has uncovered shocking incidents of abuse to those lions held captive, and has recently opened a number of criminal cases against captive lion facilities that have neglected, and in some instances, completely disregarded the welfare of their lions (see videos below).

For these reasons, the NSPCA launched this application as the lion bone quota directly impacts the welfare of captive lions.

After the judgment today, the NSPCA said: “A HUGE victory for the NSPCA, but even more importantly, a victory for lions and other big cats!”

Judge Kollapen said in his opening statements that this was an important judgment for both current and future generations in addressing the manner in which society interacts with wildlife and the environment, said the NSPCA.

One of the first political parties to laud the judgment was the Inkatha Freedom Party (IFP) which said it had never supported the idea of annual export quotas for trade in lion bone, bone pieces, bone products, claws, skeletons, skulls and the like.

The IFP said the entire industry and “cowardly practice” of canned lion hunting is “an abomination and should be declared unlawful in South Africa.

“The African Lion is an iconic species on this continent and symbol of great traditional power and authority and has been reduced to nothing but a mere commodity for the profit of a few wealthy breeding operations,” said the IFP.

The NSPCA said it “elatedly” welcomed the judgment.

“The captive lion industry, cub petting, canned hunting, and the trade in lion bone is a highly contentious and controversial issue both globally and locally,” said the statement.

Karen Trendler, manager of the NSPCA’s Wildlife Trade and Trafficking Portfolio, said: “We are overjoyed that the importance of animal welfare, and the vital and legal role of the NSPCA in protecting captive and wild animals, has been recognised in this precedent setting judgement.”

The NSPCA thanked the dedicated legal team and expert witnesses for the incredible team effort in this tough challenging case!

Last week the NSPCA (National Council of SPCAs) revealed it had discovered more cubs that have been “severely compromised” on a lion breeding farm, as well as a chest freezer with approximately 20 carcasses of lion and tiger which range in age. The NSPCA shared this distressing video:

Remember the lion cubs, Karlos and Ivana, that the NSPCA rescued in April? We went back to the breeding farm that they came from and found MORE cubs that were severely compromised. We also found a chest freezer with approximately 20 carcasses of lion and tiger at varying ages – we removed some of the carcasses for post mortem examinations and will be laying charges against the owner and staff of this lion farm. “With the release of The Lion King and the tribute to lions during World Lion Day this month, the rest of the world is celebrating these majestic creatures. Here in South Africa, where lions are indigenous and a massive part of our heritage, we are condemning thousands of lions to a life of captivity, where their basic needs are not being catered for, and we are subjecting what is globally known as the king of the animal kingdom to a pathetic life in a cage, waiting for death” said Senior Inspector Douglas Wolhuter, manager of the NSPCA’s Wildlife Protection Unit. Read more: https://nspca.co.za/news/more-cruelty-at-captive-lion-breeder/

Posted by NSPCA – National Council of SPCAs on Thursday, August 1, 2019

The NSPCA said it will be laying charges against the owner and staff of this lion farm, the same breeding farm where the NSPCA rescued two lion cubs – Karlos and Ivana – in April. Below is a video showing the young lions’ progress since they were rescued.

WATCH VIDEO: The progress of lion cubs Karlos and Ivana:

Look who’s making progress! It’s baby steps to recovery for rescued cubs Karlos and Ivana, but they’re well on their way. Now only six months of age, their mobility is slowly improving and so is their appetite and ability to digest their food. They’re still learning to be lions … and every day brings renewed health and hope. Want to help support their recovery? We’d appreciate that! https://nspca.co.za/donate/ and use the keyword CUBS.

The NSPCA wrote on Facebook: “It’s baby steps to recovery for rescued cubs Karlos and Ivana, but they’re well on their way. Now only six months of age, their mobility is slowly improving and so is their appetite and ability to digest their food. They’re still learning to be lions… and every day brings renewed health and hope. Want to help support their recovery? We’d appreciate that! https://nspca.co.za/donate/ and use the keyword CUBS.”