The Conference of the Parties to the UN Convention on International Trade in Endangered Species (CITES) today agreed to protect giraffes for the first time by listing the species on Appendix II, which will now regulate international trade in giraffe parts (which occurs in South Africa), such as hides, bones and meat. Today’s decision now moves forward to the plenary session for full ratification on 27/28th August. 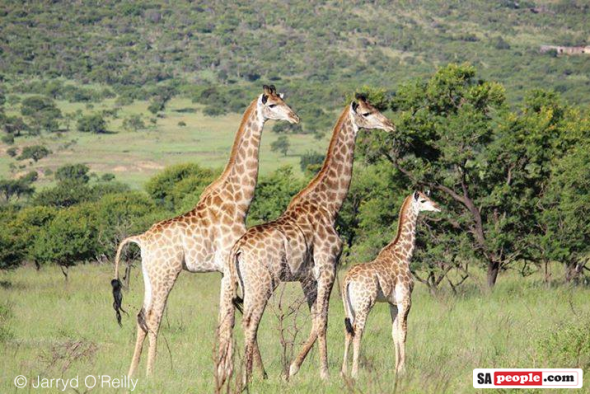 “Securing CITES Appendix II protection for the giraffe throws a vital lifeline to this majestic species, which has been going quietly extinct for years. This listing could not come soon enough. CITES listing will ensure that giraffe parts in international trade were legally acquired and not detrimental to the survival of the species.

The giraffe has suffered a decreased of 36 to 40% in its population over the past three decades leading to concerns of the giraffe being in danger of suffering a silent extinction.

Once ranging over much of the semi-arid savannah and savannah woodlands of Africa, today giraffe are only found south of the Sahara (South Africa, Angola, Cameroon, Chad etc.) and only about 68,000 mature individuals remain in the wild.

The species was recently classified as ‘Vulnerable’ to extinction by the IUCN. International trade in body parts of poached giraffes threatens the survival of Critically Endangered, Endangered, small and declining giraffe populations. Other threats include habitat loss and civil unrest.

“Although this new CITES listing won’t ban the trade in giraffe parts, it will for the first time provide critical measures to track and trace this trade, which in turn should produce the data needed to further protect this imperilled species in the future. With the wild population of giraffes has dwindled to around 100,000, in order to truly protect this species from being slaughtered into extinction for trophies and trinkets, we need CITES to update its definition of what constitutes international trade. It is absurd that the scourge of trophy hunting is not currently considered trade in wild species, despite its devastating impact, and we intend to push to see that change.”

Humane Society International has examined United States trade data and found that at least 33,000 giraffe specimens were commercially imported into the country between 2006 and 2015 and almost all were wild-sourced.

They included bone carvings, bones, skin and bone pieces… the majority of which allegedly came from South Africa (where giraffe hunting is legal).

An undercover investigation conducted by Humane Society International and the Humane Society of the United States in 2018 illustrated this thriving trade in giraffe.

HSI congratulated the governments of Central African Republic, Chad, Kenya, Mali, Niger and Senegal for proposing the giraffe for listing and the other countries in the African Elephant Coalition for giving it their strong support.