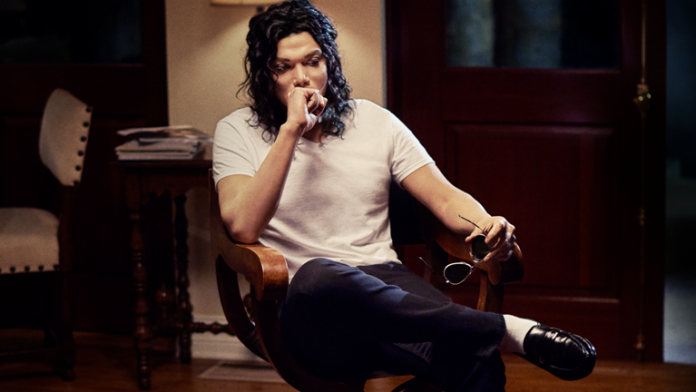 Here are the series, movies and documentaries we’re most looking forward to watching in September. 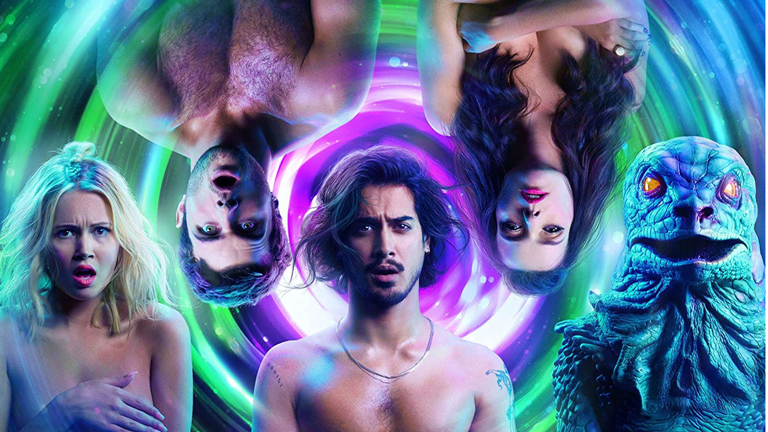 Ulysses and his friends are awkwardly navigating coming of age in Los Angeles. But he is plagued by dark, premonitory dreams that have him paranoid about the end of the world … or maybe he’s just been smoking too much weed. Watch now »

A group of friends turn their love for all things creepy and eerie into a peculiar business that introduces real horror into people’s lives. Starring, written and produced by SNL’s Fred Armisen. Watch now » 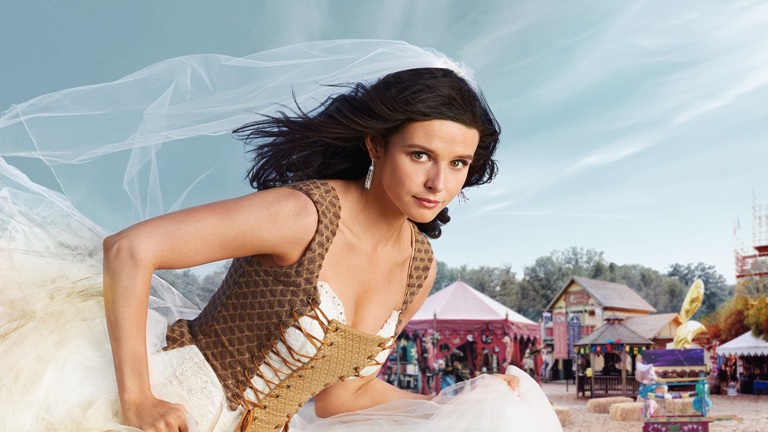 Socialite Amanda is about to throw her dream wedding when she discovers her fiancé is cheating on her. After a dramatic outburst she runs off and ends up at a Renaissance Faire. Here she is forced to re-evaluate her life. Watch now »

It’s been just over a year since Bosch brought his mother’s killer to justice and now he’s facing trouble on two other fronts, one linked to an old case and the other a new case surrounding an opioid pill mill. Watch now »

Award winner Julia Louis-Dreyfus is back as Selina Meyer. In this final season, she spends her time winning over rich donors and dodging threats from her challengers, with her on-again, off-again band of misfits at her side. Watch now » 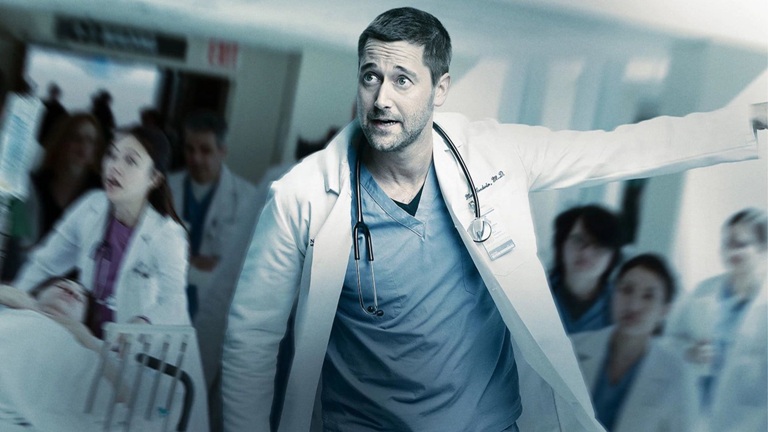 Dr Max Goodwin takes over as medical director at the oldest public hospital in America. He bends the rules and challenges the status quo to provide the best medical care possible. Watch now »

The final two episodes of Younger S6 land fresh from the US, and the story is far from complete. What lies ahead for Liza and Charles? How will Josh cope with fatherhood, »and will Kelsey succeed? Planned release date: 5 September 2019

In this supernatural spy thriller, a woman wakes up in London surrounded by dead bodies and has no recollection of how she ended up there. Things get even more confusing when she learns she’s an agent with supernatural abilities. Planned release date: 9 September 2019 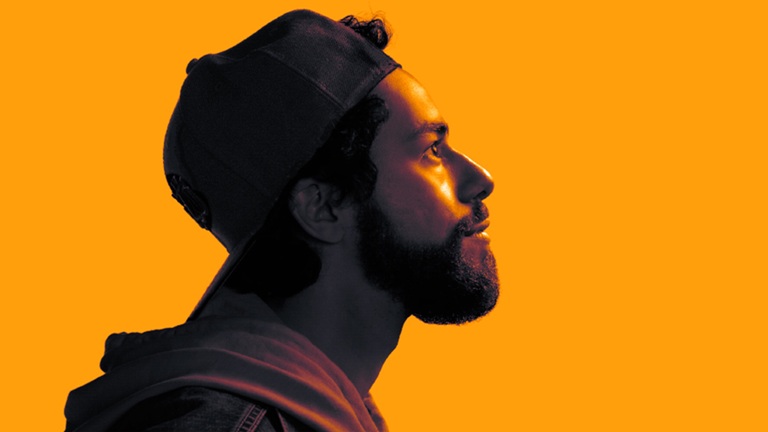 A young Muslim American struggles to find his place in the world: how should he behave, what should he do with his life, and who should he love? Critically acclaimed look at the challenge of balancing millennial life and religion. Planned release date: 16 September 2019

Taraji P Henson plays Melinda Moore, a hard-working woman who supports her engineer husband while he works on his invention. When she discovers that he has betrayed her, it pushes her over the edge. Planned release date: 5 September 2019

A reporter has a one-night stand the night before the biggest interview of her career. The next morning she finds herself stranded in downtown LA without a car, phone, ID or money, and only a few hours to get to the interview. Starring Elizabeth Banks and James Marsden. Planned release date: 5 September 2019

The Golden Globe-nominated romcom about a New Yorker who goes to Singapore to meet her boyfriend’s family. She discovers that his family is insanely wealthy, and that every other young woman in the country wants her out of the way… Planned release date: 9 September 2019

Down A Dark Hall | First on Showmax

When Kit gets sent to the mysterious Blackwood Boarding School, she finds that there are only four other students – all troubled young girls. But then she uncovers the school’s paranormal secret, and it all starts making sense. Planned release date: 12 September 2019

The origin story of Diana, Amazonian warrior in training, who leaves home to fight a war, discovering her true powers and her destiny along the way. Winner of the Critics Choice Award for Best Action Movie in 2018. Planned release date: 19 September 2019

A woman struggling with insecurity wakes from a fall believing she is gorgeous and capable. Her new confidence enables her to live fearlessly, but what will happen when she realises her appearance hasn’t actually changed? With Amy Schumer.  Planned release date: 19 September 2019

When Marlo (Charlize Theron) finds herself struggling to cope with her newborn baby on top of her two young children, she gives in to hiring a night nanny. Enter the young, insightful Tully (Mackenzie Davis), who is there not only to take care of the baby, but also of Marlo. Also starring Mark Duplass as Marlo’s brother, Craig. Planned release date: 23 September 2019 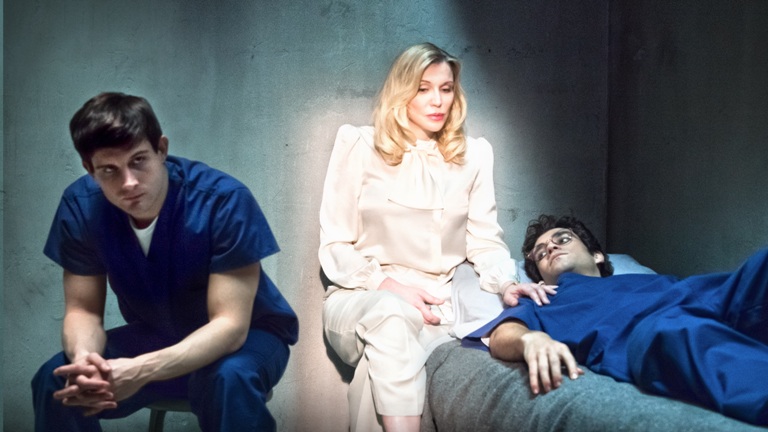 In 1989, the world was shocked by the murders of José and Mary Menendez at the hands of their privileged sons Lyle and Erik. This film digs deeper into the history of abuse that led to the crime. Planned release date: 2 September 2019 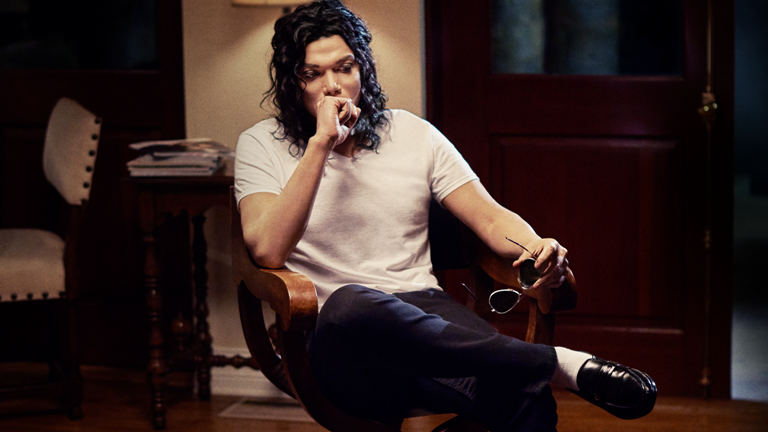 Based on the book written by the King of Pop’s personal bodyguards, this film follows Michael Jackson’s life in his final two years. Planned release date: 2 September 2019

In this harrowing six-part documentary, women who were close to R Kelly, from fans to backing singers, make detailed allegations of the sexual, physical and emotional abuse he forced them to endure or witness. Planned release date: 2 September 2019

Ciara Bravo stars as Meg Murphy, a teen who is determined to end her family’s longtime curse of bad luck. Can she break the spell that a witch cast on one of her ancestors, even while she’s distracted by the gorgeous Brett? Planned release date: 16 September 2019

Find Me In Paris S2 | First on Showmax | New episodes

The time-travelling ballerina series is back with new episodes. Season 2 will mostly be set in the iconic Parisian Garnier Opera House and continue to follow young Lena’s journey to becoming the star of the ballet world in 1905. Planned release date: 19 September 2019

Sam and Cat are two teenaged girls who are exact opposites. They start a super-fun babysitting service in their apartment building to make extra cash, and it’s a match made in bestie heaven. Starring Ariana Grande as Cat. Planned release date: 23 September 2019

Twenty-four-year-old Ella has sacrificed most of her adult life to look after her alcoholic father. His death leaves her feeling lost until she’s reunited with her nomadic godfather and discovers she has a bright future. Planned release date: 2 September 2019

Get a glimpse into YouTube sensation LaSizwe Dambuza’s life in the spotlight as he rubs shoulders with hot local celebs. This reality show also features some personal moments as the star’s family comes to terms with his sexuality. Planned release date: 2 September 2019

Looking for Love | First on Showmax

As she approaches 40, Buyi Dube (Celeste Ntuli) is under increasing pressure to find a man, but her dating pool is becoming shallower by the day. She reluctantly lets her friend find her Mr Right, with hilarious consequences. Planned release date: 5 September 2019

Stylist Hannon Bothma and his team show viewers how easy it is to look and feel great. Every week, he turns someone’s life around by giving them a brand-new look. Planned release date: 9 September 2019

This reality show puts women’s futures in their own hands as they are offered the chance to surprise their partners by planning a proposal and a wedding – in only three days. Planned release date: 9 September 2019

A Night With My Ex

Broken-hearted lovers explore what might have been when they spend just one more night with their exes in this explosive reality show. Planned release date: 9 September 2019

Someone to Blame: The Ahmed Timol Inquest

The death of anti-apartheid activist Ahmed Timol in 1971 was ruled a suicide. But more than four decades later, the inquest into the circumstances surrounding his death was reopened. This film documents the case. Planned release date: 12 September 2019

The film follows parolees Franklin Esau and Malcolm Booysen as they adjust to life after being released from prison. While reintegrating into their communities, they have had to redefine what freedom truly means to them. Planned release date: 12 September 2019

Three forensic pathology officers spend night after night waiting for people to die at one of Cape Town’s busiest mortuaries. This intimate film reveals the human and often humorous side of working with the aftermath of loss. Planned release date: 12 September 2019

This documentary showcases the life of the man considered to be South Africa’s godfather of rock ‘n roll, Piet Botha, who passed away in June 2019. Planned release date: 12 September 2019

Two families struggle to understand and overcome everyday challenges but in doing so they find life’s greater purpose. This movie was rated the number-one gospel film when it came out in 2014. Planned release date: 16 September 2019

This gripping and award-winning documentary looks at the slaughter of the world’s diminishing rhino population. It examines the heroic efforts being made to stop poachers and looks at the seedy underworld that buys rhino horn. Planned release date: 22 September 2019

If you don’t already have Showmax, you can subscribe here, and take advantage of the 14 Day Free Trial! Cancel anytime you want.

Please note that dates and titles are subject to change.