GOMA, Democratic Republic of Congo – Looking grey and gaunt, but relieved it’s over – South African mine worker Philippe Bota, who was kidnapped by militia in eastern Congo in late July. was released on Thursday.

According to the official Twitter account of the province, Maniema, where he was taken, Bota had been captured for 41 days.

Bota, who worked at Banro Corp’s Namoya gold mine in Maniema province, was abducted with three colleagues by Mai Mai rebels on July 28, the army said. The others – two Congolese and a Zimbabwean – were released in August after negotiations.

Photos published on the Maniema Twitter account (see more below) showed a drawn, emotional Bota with long hair and a grey beard descending from a helicopter and shaking hands with local dignitaries. 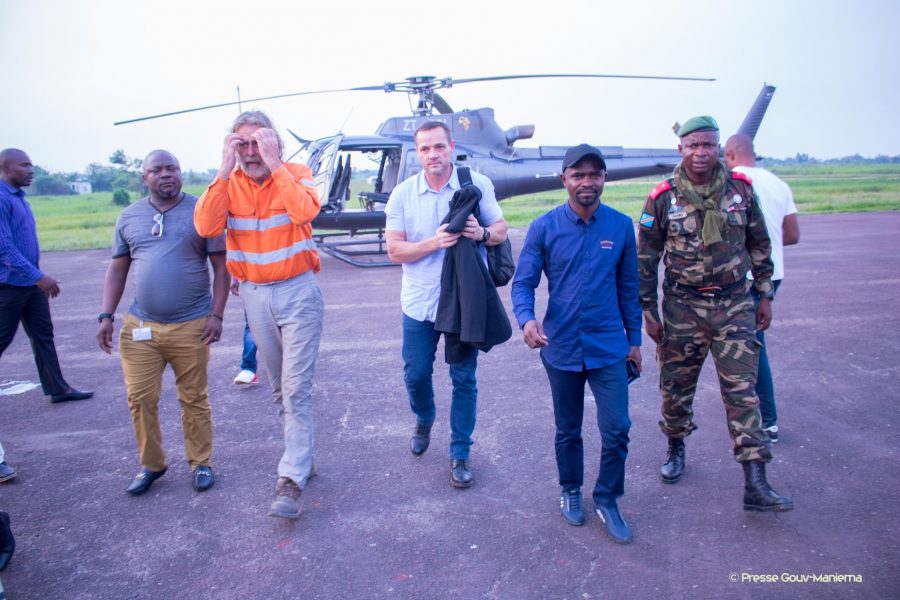 “Bota of South African nationality, held hostage, was released this Thursday… after 41 days in the forest,” the account said, adding he had been released after negotiations last week.

Stephane Kamundala, president of Maniema’s civil society, told Reuters that no ransom was paid but that Bota was released in exchange for a mining concession for the rebels.

Repeated attacks by the Mai Mai on Namoya and Banro’s Twangiza mine in neighbouring South Kivu province at one stage seemed to throw the company’s survival into question, although they have continued to function.

East Congolese militias such as the Mai Mai have exploited mineral resources since the end of a regional war in 2003 that killed millions, most from hunger and disease.

But only in the past three years have armed groups shown an interest in taking hostages for ransom.