This 52-minute SuperSport documentary honours the life and career of Springbok and Western Province winger Chester Williams, who first won South African fans’ hearts when he scored four tries against Samoa in the 1995 Rugby World Cup. (Watch trailer below or full doc here.) If you are in South Africa, you can stream Supersport’s all-day tribute to the SA rugby legend on Wed 11 Sep. It coincides with the memorial being held in Chester’s honour at the University of the Western Cape (UWC) at 13h00. 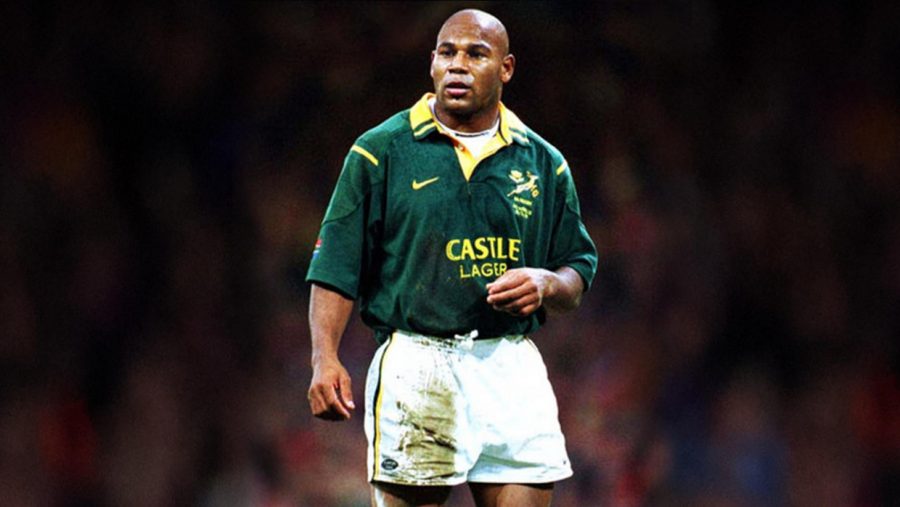 Known as “the Black Pearl”, Chester was brought up in Paarl and defied significant odds to become the Springbok hero revered by fans at home and all over the world.

He was the only person of colour in the Springbok 1995 World Cup team, and after his Springbok career was over, he contributed to the development of the game across the African continent, coaching in Uganda and Tunisia.

At the time of his passing on 6 September 2019, he was the coach of the UWC Varsity Cup rugby team – he led them to the trophy in 2017, and is fondly remembered in the rugby community both as a coach and as a player.

Chester was a trailblazer, on and off the field, and at his funeral at Newlands Rugby Stadium on 14 September, the public is invited to mourn the great man and his legacy.

Celebrate his victories and the mark he made on the game by streaming the Chester Williams Tribute documentary.

Watch all of it now

WATCH TRAILER: Our Hearts Are In It – Chester Williams

Supersport will feature an all-day tribute to Chester Williams on Wed 11 Sep, coinciding with the memorial being held in the rugby legend’s honour at the UWC at 13h00. You can stream it on DStv Now.