Sunette Viljoen, one of South Africa’s most decorated athletes, has spoken about the bond that exists between her and her son and how it is fuelling her 2020 Olympic ambitions… writes GARY LEMKE. 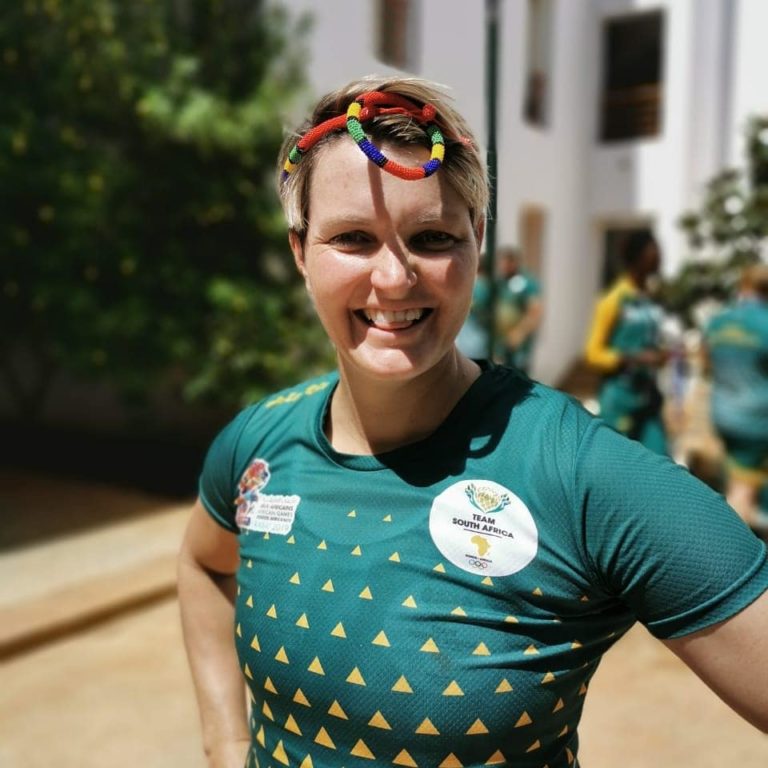 Viljoen has never been one for resting on past successes. She’s approaching her 36th birthday (6 October) and while many athletes of her calibre and longevity would ordinarily give up the training and travel, the South African is not ready to slow down.

She picked up the bronze medal at the recent African Games in Rabat and while she will have wanted gold, it hasn’t stopped her from further chasing her dreams, one of which is to clinch gold at the Tokyo Olympics.

Considering she ranks sixth in the all-time IAAF javelin rankings with 69.35m, and is the reigning silver medallist from the Rio Olympics, while also a four-time Commonwealth Games medallist and twice World Championship medallist, one could forgive the South African for taking it easy.

Not Viljoen, though. And one of the prime reasons for her ongoing passion and drive is her 14-year-old son, Henre.

‘On 22 June 2005 the love of my life was born and it turned my world around in so many wonderful ways,’ she said as she spoke about the dynamic between an international athlete and a mother.

‘You know, when I was carrying Henre I tested positive for my hormone levels being too high. I was 21 at the time and didn’t realise I was pregnant when I did the test. I was facing a two-year doping suspension, but the reason my levels were too high was that I was expecting a little boy!

‘After Henre was born, no one gave me a chance to return in time to compete in the 2006 Commonwealth Games in Melbourne. After all, he was still eight months old when I not only made the team, but won the gold medal with a Games-record.’

Four years later she retained her Games title in New Delhi, but all along Viljoen has managed motherhood and a world-class career – one which she only started after retiring from cricket where she represented South Africa’s women’s Proteas in four ODIs and one Test match.

‘It’s been a wonderful journey and Henre has for a number of years known his mom is an athlete. But I have also tried to show him that I’m an example of someone who has drive, passion, fire, and belief that you should never let go of your dreams. Don’t give it 100%, give it 500%!’

Viljoen has travelled the globe far and wide and become a household name in the women’s javelin, but behind the scenes she has been a mother, something which she treasures.

‘He has seen me win medals and been at my side during my struggles, as well as my victories. It’s not all about the highs – and there have been plenty lows. It’s not easy being an athlete and a dedicated mom. But it was more difficult when he was young … to leave him behind was never easy, but I had to pursue my dreams and make him proud.

‘These days he’s a fine young man, a 14-year-old day boarder [home at weekends] at Affies in Pretoria. It’s now easier for him to understand what I’m doing, what my dreams still are and what I want to accomplish. He’s in the hostel at Affies, learning independence, becoming a strong boy. For me it’s wonderful to see how he’s grown into who he is today.

‘Henre has his own dream to follow, his own journey. He has always been part of my athletics journey, and my pillar of strength. Between him and my partner, those are the two people who know me the best and my dreams the best.’

Viljoen remains determined to add the Olympic gold to her bulging collection of medals, but not to the detriment of her son, who comes first.

‘I love spending time with Henre and we do many things together. We are both very active and spend a lot of time together outdoors. I’m the kind of mom who is strict, though, which is a good thing, He knows the rules and boundaries; what he can do, what he can’t do. We have a good balance of being a mom and a friend who is always there for him.

‘I believe he looks up to me and that’s important for me for him to know his mom is a strong woman. He knows my drive, what I’m capable of and that I’ll never give up. He also know he has to work hard to succeed. There’s a good dynamic in the house; it’s important for a boy to have a good relationship with his mother. He and I are best friends and nothing makes my heart warmer knowing that.’