Eastern Cape Police in South Africa have warned the Uitenhage community to guard against physically picking up or handing any strange or foreign objects that they recover at the Strelitzia Dam… after residents discovered three old – but lethally dangerous and still live – mortars on Friday! 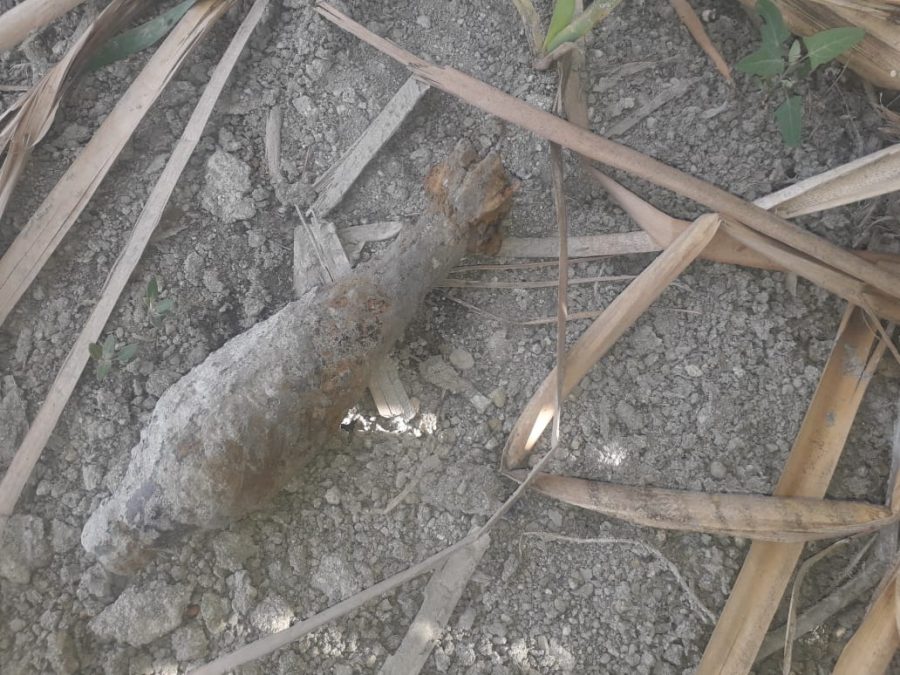 The local residents had no idea how dangerous the artillery weapons, which fire explosive shells, were.

Uitenhage police spokesperson Captain Gerda Swart said the residents “transported them not realising that they could have had fatal effects.

“It was later discovered that these two mortars were in fact still live and could have detonated.

“The SAPS Bomb Disposal Unit from Port Elizabeth were informed and the mortars were deactivated.”

On Saturday, Swart said in the statement, that a man who was fishing at the same dam also discovered a third live mortar.

“The man also unknowingly handled it,” said the statement. “Fortunately, he notified the police and the Bomb Disposal Unit was immediately summoned to the scene and took possession.”

The reason for this spate of discoveries is believed to be because the dam levels have fallen over the last few months, said the South African Police Service (SAPS).

Police advise that if you stumble upon anything strange or anything that resembles a mortar (as depicted in the picture above) – do not handle or pick it up, instead immediately contact Uitenhage police on 041 9963434/36/38.

“By mishandling, these mortars can detonate and may have fatal consequences,” said SAPS.

Police are busy consulting with the municipality to close the dam so that a thorough search can be conducted by the Bomb Disposal Unit to ensure that all of these mortars are retrieved. – SAnews.gov.za