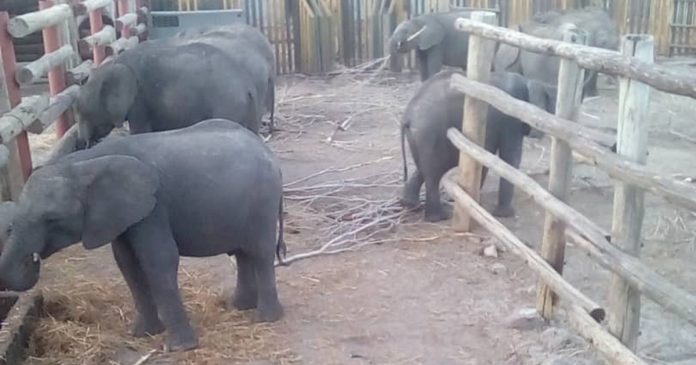 Animal Rights campaigners have expressed outrage and “heartbreak” at the news that today more than 30 wild-caught baby elephants – held captive for nearly a year in Hwange National Park – have been flown out of Zimbabwe, via Victoria Falls Airport, to Chinese zoos. Army trucks allegedly moved in despite campaigners’ legal effort.

Humane Society International (HSI)/Africa has also today released new, exclusive footage of the young elephants taken just days ago, showing them eating dry branches and walking around a small water hole in their fenced boma. These are the last known images of the elephants before their removal today. Watch the video below.

Condemning these elephants to a life of captivity in Chinese zoos is a tragedy.

Animal protection experts at HSI/Africa and Zimbabwe animal groups were heartbroken by the news, after fighting tirelessly for months to try and save the elephants.

In fact news of their departure comes on the same day Zimbabwe National Society for the Prevention of Cruelty to Animals (ZNSPCA) – supported by HSI/Africa, Advocates4Earth, and Sibanye Animal & Welfare Conservancy Trust – filed urgent court papers at Harare High Court in an attempt to stop the shipment to Chinese zoos.

Zimbabwe has exported 108 young elephants to zoos in China since 2012.

HSI/Africa’s sources on the ground report that army trucks moved in to remove the
elephants, and that ZimParks staff on the scene had their mobile phones removed,
presumably to stop news of the shipment getting out.

Sources previously reported that ZimParks officials – apparently planning to accompany the baby elephants to China – had applied for visas to China.

HSI/Africa said in a media statement on Thursday evening: “The shipment to China is in defiance of the spirit of a landmark vote at the August meeting of the Convention on International Trade in Endangerd Species of Wild Fauna and Flora (CITES) at which a near total ban on live elephant exports from Zimbabwe and Botswana to zoos was agreed.

“The new CITES rules don’t take effect until 26 th November, so it appears that Zimbabwe is attempting to export the elephants before the deadline.”

We are left feeling outraged and heartbroken at this news today that the Zimbabwe authorities have shipped these poor baby elephants out of the country.

Zimbabwe is showing total disregard for the spirit of the CITES ruling as well as ignoring local and global criticism.

Condemning these elephants to a life of captivity in Chinese zoos is a tragedy. We and others have been working for months to try and stop these elephants being shipped because all that awaits them in China is a life of monotonous deprivation in zoos or circuses.

As an elephant biologist used to observing these magnificent animals in their natural wild habitat, I am devastated by this outcome. These animals should be roaming in the wild with their families but instead they have been ripped away from their mothers for more than a year and now sold off for lifelong captivity.

Lenin Chisaira, an environmental lawyer from Zimbabwe-based Advocates4Earth – who filed an interdict to try to stop the exports in May 2019, and which has been working with HSI/Africa and others on efforts to release the elephants – said: “The secrecy around the ongoing  capture and trade of Zimbabwe’s wildlife exposes lack of accountability, transparency and a hint of arrogance by Zimbabwean authorities. 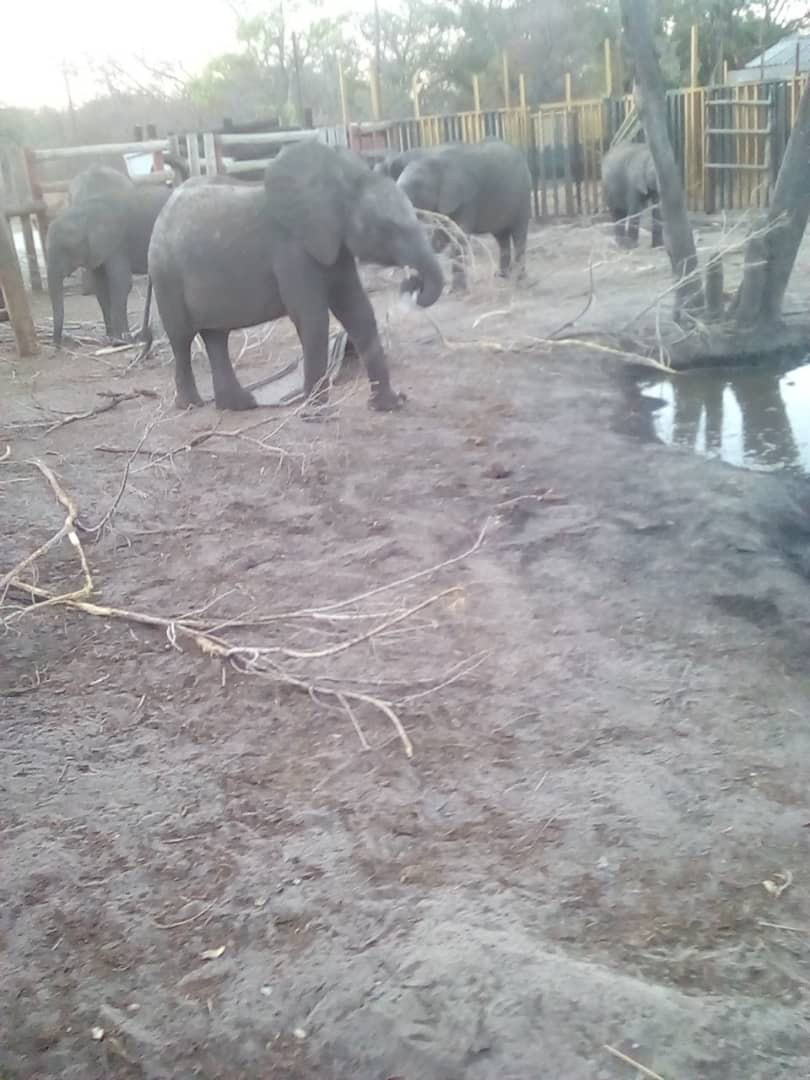 “They seem prepared to go ahead despite global outcry and advice. They also seem keen to go against local pressure, and local legal processes considering the case we launched early this year which is centred on the welfare and trading of these elephants.”

Over the past year, elephant experts and wildlife protection groups across Africa have called for the elephant export to be halted and for all future captures to be stopped.

The African Elephant Coalition, an alliance of 32 African countries, has called on Zimbabwe to end the export of wild elephants to zoos and other captive facilities.

Nomusa Dube, founder of Zimbabwe Elephant Foundation, said: “The Zimbabwe Constitution Wild Life Act states that all Zimbabwe wildlife is owned by the citizens, and right now Constitutional national laws have been broken.

“The capture and export of wildlife in Zimbabwe is unconstitutional and unlawful thus any CITES permits are illegal.”