South African Police have recovered gold, vehicle registration plates and cash following an armed robbery at Ergo DRD gold mine in Brakpan, Ekurhuleni, which resulted in the death of the chief security officer, Bart Coetzee, who was fatally wounded in a shoot-out with the suspects.

The South African Police Service (SAPS) said in a statement Wednesday evening that they have launched a manhunt for a group of about 20 suspects following the armed robbery at a gold mine in Witpoort, Ekurhuleni on Monday evening 21 October 2019.

It is alleged that a group of heavily-armed, balaclava-clad suspects barricaded the entrances to the mine and held truck drivers hostage on site. A shootout ensued between the suspects and mine security resulting in the death of Coetzee.

The suspects reportedly forced entry into the melting room and removed gold that had been laid to set in trays. The suspects then fled the scene in a white Isuzu utility van and a Toyota Quantum belonging to the mine, said SAPS.

Police were summoned to the scene and – since the entrances were barricaded – had to enter the crime scene on foot, after which a shootout ensued. No police officers and no other persons were injured.

The suspects managed to evade arrest.

Immediate investigation led police to a scene where the getaway vehicles were found abandoned by the suspects.

Hours later on Tuesday 22 October 2019, police took a woman into custody after police recovered and confiscated gold, vehicle registration plates, an undisclosed amount of cash, woven baskets, iron buckets filled with gold dust, and spades at a residence in Brakpan.

While police are appealing to the public for information towards apprehending the suspects, the public is warned not to confront the suspects as they are heavily armed. 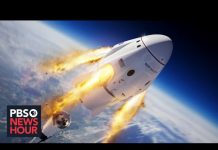