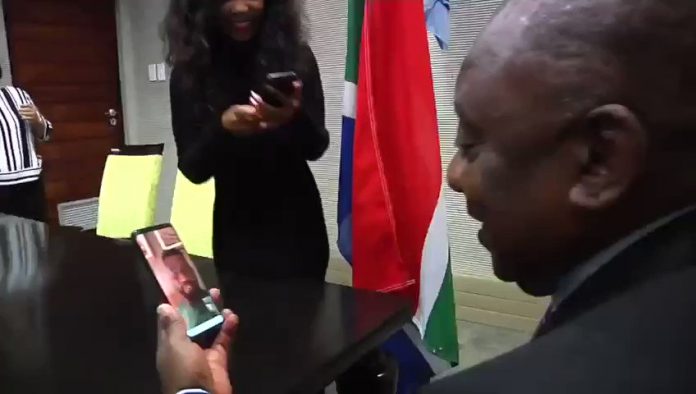 Springboks’ captain Siya Kolisi has been receiving good luck messages from around the world as South Africa advances through the Rugby World Cup. Last week a highlight was a video message from Roger Federer wishing the Springboks good luck, and today Kolisi took a video call from the President of South Africa, Cyril Ramaphosa.

The Springboks posted the video on Twitter, saying: “From one leader to another. The whole country united. ?????????#StrongerTogether”

During the call President Ramaphosa tells Kolisi how proud he is of him personally, and of the team; and reminds him that they have 57 million South Africans standing behind them.

From one leader to another. The whole country united.
?????????#StrongerTogether pic.twitter.com/rkHFDbsqfa