TOKYO – England’s scintillating performance in blowing apart the seemingly invincible All Blacks last weekend has installed them, in many people’s minds, as firm favourites for Saturday’s Rugby World Cup final against South Africa. BUT…

England were sublime in their 19-7 crushing of New Zealand, but the title showdown will be an entirely different affair, says former England rugby player Will Greenwood, who was part of England’s one and only World Cup winning team.

“Others might say, ‘well if England play like that, they win’. But you don’t understand the Springbok mindset,” said the former centre who won the World Cup the last, and only, time England triumphed, in 2003.

“You never truly beat the Springboks – you might have more points than them, but they’ll be standing at the end ready to go again if you said we’ll have another final in half an hour.” 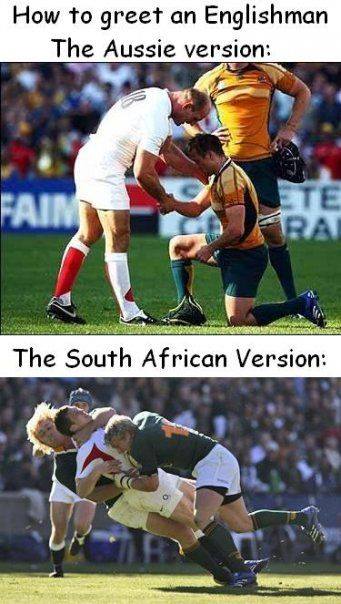 Greenwood said the South African physical threat would be significant, and something England must counter in an entirely different challenge to the one presented by the free-flowing All Blacks in their semi-final.

“They are powerful, powerful men. So they will look at the video and go, ‘England destroyed New Zealand’s lineout’. When New Zealand won a penalty they went to the corner but they lost the lineout so they couldn’t get a foothold in the game.

“South Africa have won World Cups on lineouts before, specifically ’07,” he told Reuters at an event staged by World Cup partner Land Rover.

The Springboks have lost just one lineout this tournament, against Wales.

“You look at their lineout options whichever of the second-rows they pick … they start with the guys… (Eben) Etzebeth and (Lodewyk) De Jager, but then after 55 minutes they bring on (Franco) Mostert and RG Snyman and in the back row they’ve got Pieter-Steph du Toit who’s a second row hybrid playing in the back row and can win anything at the lineout.

“So they’ll believe that they won’t let England take that facet of their game away from them, therefore the game will be much more balanced in terms of territory and then they’ll say to England, ‘loved what you did last week, do that from back there’.

“Ends justify the means. People can say what they like about South Africa’s game against Wales. South Africa is in the final. So you only write yourself into folklore by doing it at 6pm (Japan time) on Saturday.

“There will be not one iota of self doubt in the Springboks. Whatever anyone’s talking about you just don’t understand their mentality if you think they will be worried about England.”