A ring designed and crafted in Cape Town, South Africa, and featuring 798 diamonds, is proving to be a show stopper at a prestigious art and design fair in New York City… and from these photos you can see why! 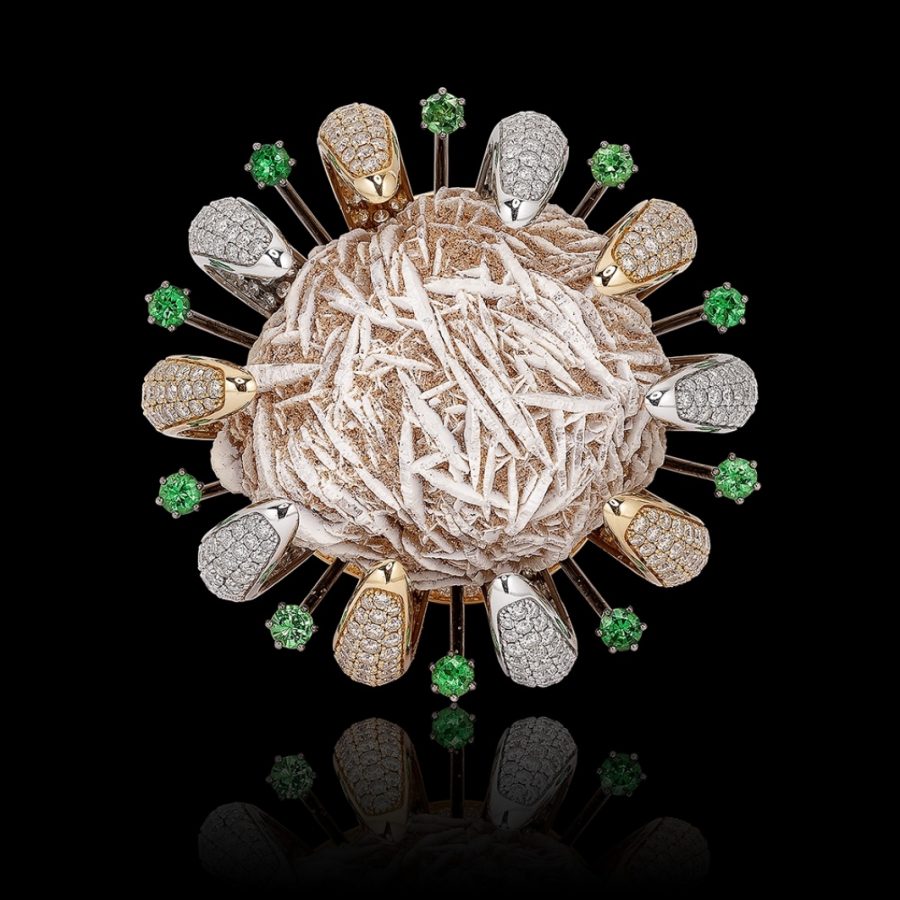 The ring – Desert Rose – is currently featuring at the Salon Art + Design Fair which runs until 18 November 2019. 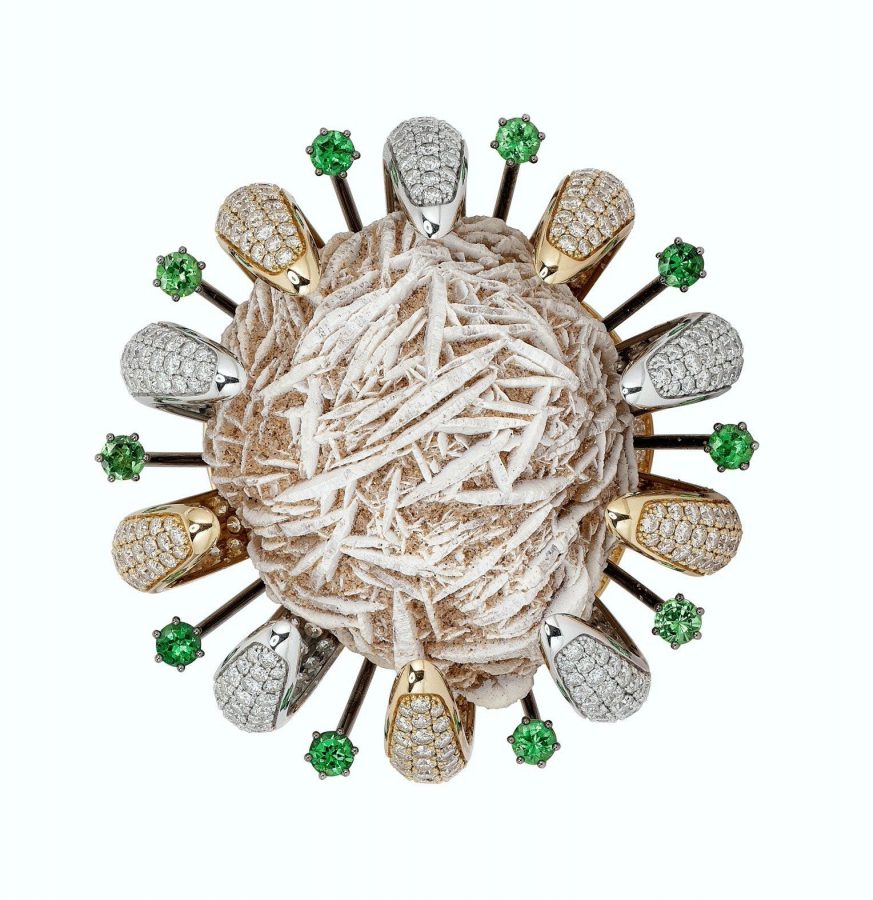 The design was inspired by South African Fynbos… in particular the Pincushion and King Protea, while the ring gets its name from the Desert Rose crystals which are the central focus, enclosed by “petals” of gold and diamond with “stamens” of gold and tsavorite.

Desert Rose crystals are found in arid regions across the world including Southern Africa – often in clusters resembling bunches of roses shaped by nature through the action of wind and water.

Traditionally they are valued for metaphysical properties and have been popular with shaman throughout history.

A thousand times rarer than diamonds, Tanzanite comes from a single finite vein in the foothills of Mount Kilimanjaro. Formed over 550 million years ago, the gemstone can only be mined from the earth using a hammer and chisel to ensure a sustainable interaction with nature, which is why Shimansky has built a longstanding relationship to source Tanzanite directly from the Maasai tribe.

Capetonians and visitors to the Mother City will be able to experience the Desert Rose when it goes on display at The Cape Town Diamond Museum from December until the end of January 2020.

Shimansky and other South African jewellery stores will also participate in NYC Jewelry Week from 18 to 24 November 2019.