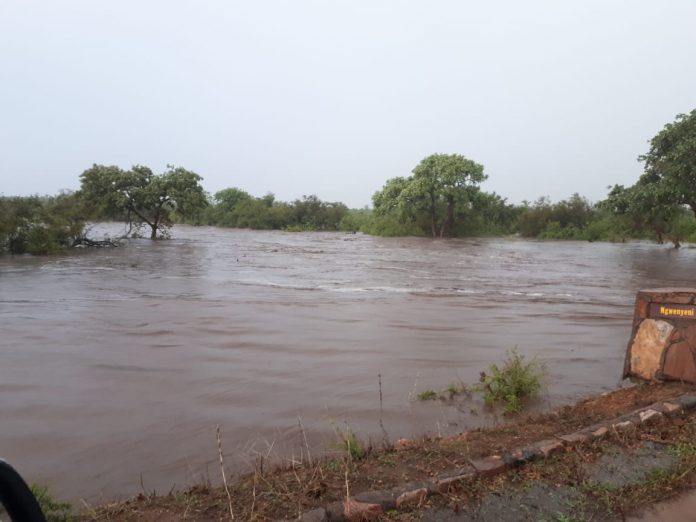 Visitors to the Kruger National Park in South Africa are feeling blessed this morning after one of the world’s most famous wildlife reserves received an abundant summer rainfall on Saturday… although overnight rain did also cause flash floods with evacuations from the Sable Height camp and the Letaba River low water bridge was left under water.

Gap Tours and Transfers said they were feeling grateful and posted the following video, taken close to Phabeni and Nyamundwa Dam: “How amazing is this? Just after one rainstorm during the early morning… The first “real” rain for the season!#Summerishere.”

Kruger National Park – 23 November 2019How amazing is this? Just after one rainstorm during the early morning. This was taken close to Phabeni and @ Nyamundwa Dam. The first "real" rain for the season! #Rain #Strom #Summerishere #krugernationalpark

A resident in Springbok Flats in Limpopo said in the past three days they’ve received 85mm of rainfall.

Letaba River in the Kruger

Some photos on Gap Tours’ page show the flooding in some areas of the Kruger: