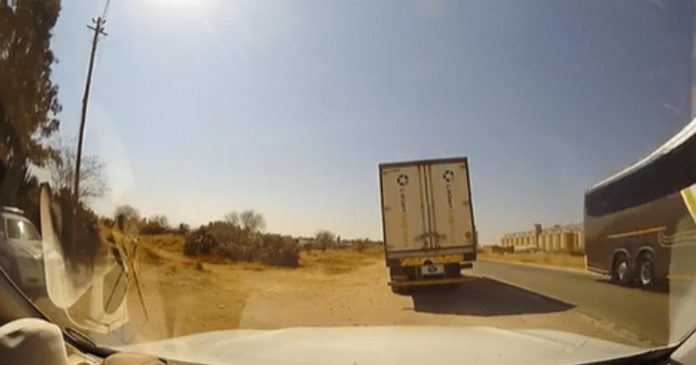 Do you guys remember when a traffic official tried to get a bribe out of me? I do… writes Canadian expat living in South Africa, Phil Maloney. And I also wrote all about it here. To make a long story short, I got tired of being asked for bribes when I was on the road, so I bought a dashcam… and then was asked for another bribe.

That kind of thing is, unfortunately, quite normal in South Africa. Since then, a kind lawyer and his firm have taken the case and have been continually escalating a formal complaint, which is now sitting directly with the Minister of Transportation.

But what makes the whole thing even more fun now is that a Facebook page has edited the original video I posted and re-posted it without any credit.

And then it went viral.

The thing is though, they never asked for permission to use the video. They never talked to me at any point, nor did they give any sort of credit.

Because I’m an absolute raging a-hole, as all Canadians are, I sent this fine page, Intelligence Bureau SA, the following message filled with expletives and unreasonable demands:

Several hours later, still nothing. All I got was a middle finger saying they are FAR too important to pay attention to things like integrity and copyright.

So anyway, all you people who kept warning me about the rampant crime in South Africa (which I’ve written about here): after 3 happy and uneventful years, it finally happened. I’ve been robbed. Intellectual theft is still theft.

I’ve reported this to Facebook and am waiting to hear back. It makes me sad to think that something with so much public interest is going to be removed simply because somebody refused to give proper credit (even when asked), but like I said, Canadians have rage issues. I just hope I don’t have to fly off the handle like that again.

(But for real – using somebody else’s work for your own personal gain isn’t cool. People should really knock that crap off.)

By Phil Maloney, Maple and Marula