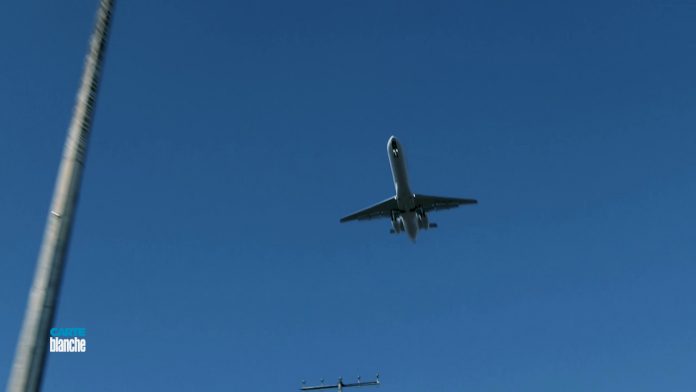 Tonight’s episode of Carte Blanche is a Must Watch. You can view it on DStv Now if you’re in South Africa, and by streaming it from Tues 10 Dec on Showmax International in most other countries.

Can South African Airways be saved or should it be grounded?

With bailout after bailout over the years, South African Airways has barely kept afloat. But as government rules out further intervention “because of severe fiscal constraints”, should SAA be grounded? With 11 000 jobs in jeopardy, Carte Blanche asks whether SAA should be cleaned out at the top to clear the way for renegotiating costly contracts, or is privatisation a better way to rejuvenate the airline? (Producer: Sophia )Phirippides | Presenter: Devi Sankaree Govender)

Can #SAA be saved? And, more importantly, should it be saved? We look back on years of gross mismanagement and claims of corruption as we ask: what’s next for the floundering operator? That's #CarteBlanche this Sunday at 7pm on @MNet. @Devi_HQ pic.twitter.com/vbny8uxx2j

An unexpected friendship between long-distance cyclist Stan Engelbrecht and Poppie van As, a roosterkoek seller from whom he bought sustenance while racing through Laingsburg in the Karoo, has evolved into an epic adventure. Married at thirteen, and divorced two decades later, Poppie van As restarted life with nothing to her name in her hometown. But now her roostekoek stand has made her famous. Carte Blanche meets the unlikely friends from two very different worlds and recounts the adventure that’s turned Poppie into a social media sensation. (Producer: Tarryn Crossman | Presenter: Macfarlane Moleli)

A unique friendship between a cyclist and a #roosterkoek seller from the Karoo leads to the adventure of a lifetime as Poppie van As travels to Italy to bake her famous bread. @macmoleli meets this inspiring woman Sunday 7pm on #CarteBlanche. pic.twitter.com/NZzPVpRujX

The Chronicles of Capture Unravelled, speaking with Prof Thuli Madonsela

It’s been 16 months of gruelling testimony over detailed allegations of State capture. The mechanics of corruption have been laid bare. There’s been jostling over who would be called to account. Sitting down with, among others, Prof. Thuli Madonsela whose work paved the way for the Zondo Commission of Inquiry, Carte Blanche analyses the meaning of the painful revelations before the Commission over some of the country’s most shameful lapses in governance. We ask what has really been accomplished so far, and how the assembled evidence will feed into prosecutions to redeem a nation’s future.(Producer: Julian Sun | Presenter: Macfarlane Moleli)

The educational expedition of a lifetime – that’s what parents thought they were buying their children this December as they signed up and paid for school sport tours to Switzerland, Sri Lanka and Argentina. SAPeople followers who had kindly donated to help one of the school boys follow his dream have also been affected. Read more about the school sports tour cancelled here. Since 2014 the operator claims to have managed 105 tours – a one-stop travel shop for planning and executing the logistics of group travel. But Carte Blanche investigates claims that four different tours meant to have taken place over the holidays have just been cancelled at an estimated loss of R3 million, leaving families fuming, devastated and out of pocket. (Producer: Nicky Troll | Presenter: Masa Kekana)

The educational expedition of a lifetime – that’s what parents thought they were buying their children this December, as they signed up and paid for international school sport tours. But their dreams were dashed. Join #CarteBlanche Sunday 7pm. @MasaKekana pic.twitter.com/YqzuPXUSGq

Comedian Lesego Tlhabi’s alter ego Coconut Kelz applies her wit and insights to unconscious biases and issues that South Africans share as we get in the mood for the festive season and wind down the year that was.(Producer: Carol Albertyn Christie | Presenter: Devi Sankaree Govender)