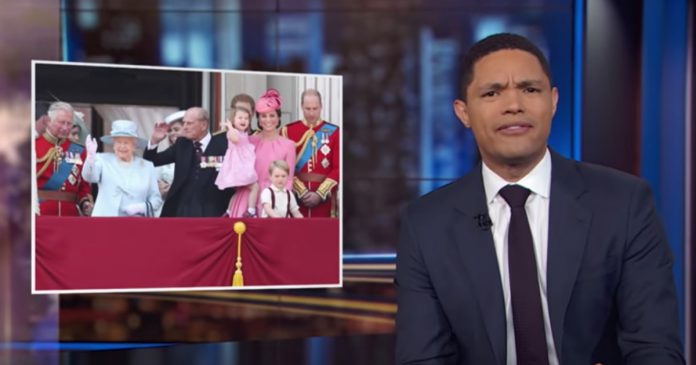 After Prince Harry and Meghan Markle’s shock announcement this week that they will step down as senior royals and live between North America and the UK, South African comedian Trevor Noah weighed in with his thoughts on the radical change.

Calling being part of the royal family the “sweetest gig” you could ever get, and that “most of your job is just waving”, the SA expat joked that “this is what happens when you bring the first black woman into the royal family”. Watch below for more of Trevor’s reaction…

If your country doesn’t allow you to view the video above, here’s a teaser (and if you’re in SA, watch The Daily Show on CatchUp!)