With everything stacked against him, there’s a little elephant in South Africa who’s survival is putting smiles in all our hearts and making news around the world. This Sunday Carte Blanche meets the wildlife heroes in South Africa who are saving a rare albino baby elephant who was severely injured by a poaching snare.

You can watch the investigative show today, Sunday 23 Feb, in South Africa on DStv Now or stream it overseas in most countries from Tues 25 Feb if you’re abroad. 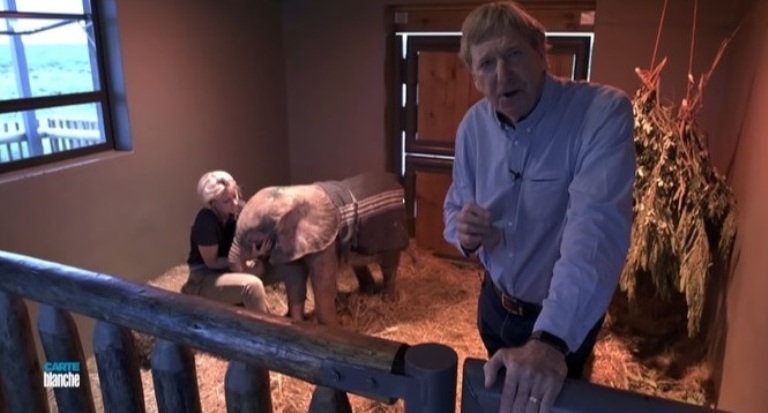 Trapped in a poacher’s snare for several days without food or water and seriously injured, Khanyisa – the rare albino elephant calf didn’t stand a chance.

At less than six months old, her herd eventually abandoned her, leaving her to battle the elements alone.

But now with a little help from some friends (initially at Care for Wild Rhino Sanctuary with Petronella and her team) and now at HERD (Hoedspruit Elephant Rehabilitation and Development – Adine Roode and her team), she’s on the road to recovery. The caring humans have nursed her physically and emotionally – treating her injuries, caring for her overnight and playing with her during the day.

Carte Blanche presenter Derek Watts says: “When you look at the challenges facing the world and this country, one elephant may not seem to be all that much. But this little albino elephant called Khanyisa is a story of true survival and fighting against the odds, showing that cruelty doesn’t always win.”

HERD says Khanyisa is a miracle and that “this little girl is so unbelievably brave. The odds of her survival have been stacked against her from birth; she was born as an albino, she then endured excruciating pain trapped in the jaws of a manmade snare, and left to fight for her fragile life for an unknown amount of days.

“We can only try to comprehend the amount of pain she felt, how scared she felt, was her herd with her when it happened, was she alone? And how hot and thirsty she must have been. How could she possibly survive? It is clear to us now; it is her spirit; she is a fighter. Her spirit is strong.”

Derek joined Adine on the reserve, meeting Khanyisa’s future family – the Jabulani Safari herd… and finding out more about Khanyisa’s incredible story of survival and what HERD is all about.

Khanyisa has already met one of the elephant bulls from the Jabulani herd, Jabulani himself. HERD said Jabulani “cast a protective shadow over Khanyisa, that said more than any words ever could. Khanyisa stood so still in his presence, as if in awe. They looked upon each other in silence to our ears, yet no doubt sharing so much more between them as kindred elephant spirits.” (They have to use an umbrella to protect little Khanyisa’s albino skin from the sun.)

Watch Carte Blanche tonight for more (or from Tuesday if you’re overseas).

With big floppy ears and a playful nature, #Khanyisa is a 6-month-old rare albino #elephant calf that, despite being trapped in a snare for several days with some serious injuries, continues to defy the odds. That's #CarteBlanche Sunday 7pm @MNet channel 101. pic.twitter.com/IPFOeYWwIj

Also on Carte Blanche this Sunday (and from Tuesday if you’re abroad, in most countries) 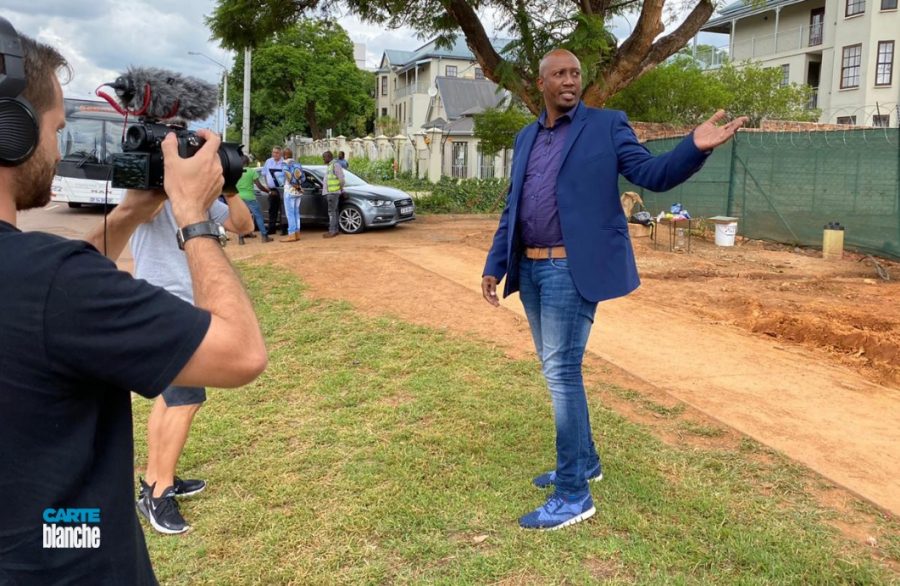 They’re known as the Construction Mafia – community groups who demand a cut in building projects around the country, sometimes even resorting to violence and intimidation to get their way. From some form of employment, sub-contracting to their small businesses or in some cases straight up cash – they say they’ll continue to hold construction sites to ransom until they receive their share. Carte Blanche investigates. (Producer: Nicky Troll | Presenter: Macfarlane Moleli)

They’re known as the #ConstructionMafia – a group of community members who bring construction sites to a standstill demanding a cut in building projects around the country. @macmoleli investigates this Sunday at 7pm on @MNet channel 101. #CarteBlanche pic.twitter.com/uz1HjLk7Vc

Amid another looming downgrade, with spiralling debt, weak growth and a slow pace of reform, last year’s medium-term budget gave a clear roadmap of what the government needed to do. Finance Minister Tito Mboweni said reversing the trends required urgent action, but can he make the difficult decisions needed to save the economy? (Producer: Joy Summers | Presenter: Derek Watts)

South Africa’s growing area of spending is servicing its #debt. Now is the time for dramatic cost cuts and urgent economic reforms. Will next week’s #BudgetSpeech go far enough? @DerekWatts speaks to the experts Sunday 7pm on #CarteBlanche. @tito_mboweni pic.twitter.com/rgIWtBfWVb

The Absolute Right to Inherit 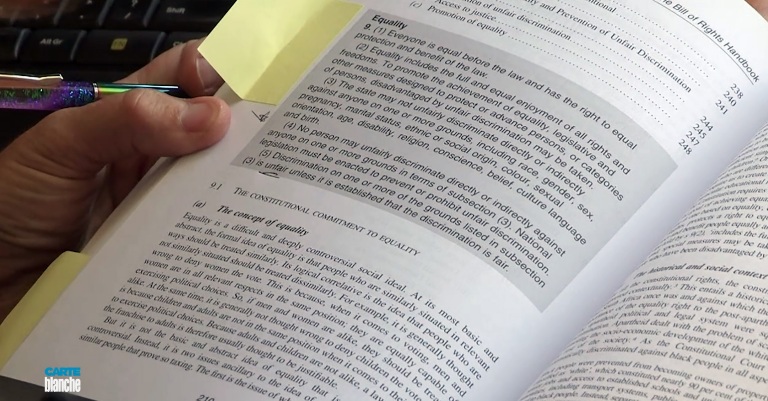 Private wills are untouchable – as long as you are not financially responsible for minor children, you can pass on your assets or disinherit whomever you choose. But what if discrimination on grounds of being female, or adopted, excludes children in a family from what they believe should be theirs? In a legal first, the Constitutional Court is considering whether all children in a family have an equal right to inherit in a constitutional dispensation that promotes equality. (Producer: Annalise Lubbe | Presenter: Claire Mawisa)

Should all descendants in a family have the right to inherit? Or should private wills remain untouchable, leaving assets to whomever a person chooses? The Constitutional Court will soon decide. Join #CarteBlanche this Sunday at 7pm on @MNet channel 101. @clairemawisa pic.twitter.com/34gJo6oDyN