A South African expat couple who own the Karoo Farm Shop in Killinick, Wexford, have won the Best Cafe Award in Ireland for their region.

The Irish Restaurant Awards are known as the Irish Food Oscars, according to the Restaurant Association of Ireland.

An elated Clint and Nessa Engelbrecht posted a photo with the award last night, and said: “So this just happened… Irish restaurant awards, Best Cafe – Wexford. Thanks to the team (Fiona, Kate, Maria, Eamon, Chris) at Karoo for all the hard work, and all our loyal customers. Much Love!”

Last night’s awards were the first regional awards (Leinster) with the All-Ireland Final of the Irish Restaurant Awards 2020 due to take place on Monday 18 May.

The Engelbrechts offer cuisine from all over the world, but proudly promote South Africa with an SA flag hanging above the restaurant and delicious dishes like Bunny Chow. 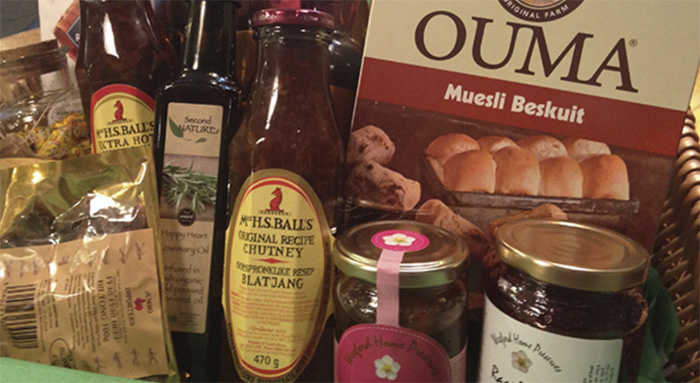 On their website, they describe Killinick as being very similar to the Karoo “nestled in an idyllic landscape with rolling hills that lay alongside farmlands”… “without the extreme heat”!

Clint says on the site: “Growing up in Cape Town I would have never have guessed that my travels would lead me to the charming village of Killinick with my own little slice of Africa. Don’t be fooled by the Africanisms though, the idea for Karoo was to create an environment where people could get away from all the frills and hype of “Run of the mill Eateries”.

“At Karoo what you see is what you get. Big, bold coffees made with a unique blend of coffee beans. Generous portions of tasty sarnies and salads to fill the gap in the afternoon, and homemade treats for after lunch or… just for a treat. As well as the fresh produce in the farmshop, we also have some great gift ideas so you can take a slice of “Karoo” away with you.”

One fan of the shop, from England, said last night: “So pleased for you to be recognised in such a rural area. Goes to show if your product is good, your delivery better you can achieve everything and more, congratulations.” He said he always stops in on his way travelling to and from England and that he always recommends it to anyone who wants “a decent bit of grub”.

Many other customers congratulated them for the award and their consistently great food, good value and the genuine smile and welcome from their staff.

According to the Restaurant Association of Ireland, the Irish Restaurant Awards showcase the true talent that Ireland’s hospitality industry. Started in 2009, the awards are a five-month process of public nomination, judging panels, mystery guest inspections and events.

This year over 100,000 nominations were received! Congratulations to The Karoo Farm Shop in Killinick for standing out from the rest!