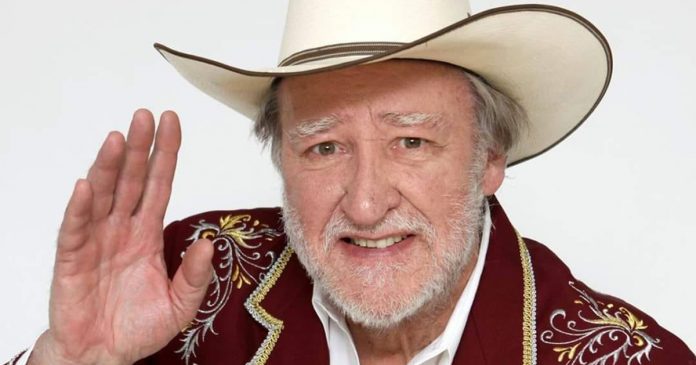 Legendary South African Country music singer Lance James has sadly passed away at the age of 81.

The star – known as ‘Big Daddy’ – had fallen and broken his hip earlier this year during a hospital visit, and had been in Intensive Care ever since.

She said: “It’s very sad that we break this news that he passed away this morning at 11H30 at the hospital. He just went for tests for his heart, then he fell and broke his hip and since then he’s been in ICU.”

His family – two daughters, a granddaughter and two grandsons – and partner of the last few years, Eunice Wait, are devastated by the loss, said Winchester. (James’ wife passed away five years ago.)

As Winchester said today: “Lance was one of the biggest, biggest legends in the South African music industry.”

She said ‘Dankie’ was his greatest hit, the one that put him on the map many years ago.

“The people are going to miss him,” she said.

Last year, James returned from a hiatus with the aptly titled album, ‘Swansong’.

The lead single was ‘Don’t Let the Old Man In’, a cover of Toby Keith’s track which was used in ‘The Mule’. James’ version is beyond beautiful.

Today tributes poured in. Hot 91.9 FM paid tribute to James for his lifelong contribution to Afrikaans and South African music.

“Today is a sad day in the South African country music industry, as well as for his family,” said the radio station. “Our thoughts are with them all.”

Music contemporary Tommy Dell (78) wrote this loving tribute that says it all: “If I had to write a song today it would be called ‘Gonna miss you’ if I wrote a poem today I couldn’t find the words if I called you You could not answer if I tried to smile a tear would wipe it away if I tried to hide my pain it would show so can somebody help me to tell Lance I loved him like a brother.

“Only the memories now remain of a Gentleman and a friend. May your journey home be on wings of love dear friend and you will still always be a big part of the music industry.

“50 years we traveled sang cried and laughed together. So I’ve placed you in a special corner of my heart. Tonight I am jealous of the Angels. I just don’t know how to say goodbye so If you don’t mind I will just have a quiet moment where you can hear me.”

Our thoughts and love go out to Dionne and Chanel. Your father was indeed a Big Daddy to all of us.