While the South African economy has over the last couple of years taken a beating with a recession in SA announced today, the country’s people continue to rise above often difficult circumstances, says the SA government news site. 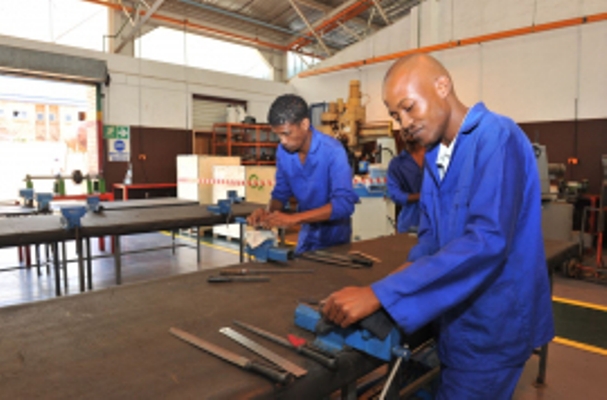 Fourth-quarter Gross Domestic Product (GDP) figures this week showed a decline of 1.4 % in the final quarter of 2019, plunging the country into a technical recession.

One might be tempted to think that doom and gloom is the nature of this beast. This is at a time when the world economy is facing the impact of the deadly Coronavirus.

In an ever-changing world made up of challenges facing different countries at different times, the impact of a major challenge often has a knock-on effect on the rest of the globe.

More than a decade later, the 2008 global recession is still having an impact on the South African economy which slipped into its third recession since the advent of democracy in 1994.

While the figures may spur on a feeling of despair, South Africa’s people have since the apartheid years, time and time again proven to be resilient despite the brutality of the previous government.

Amidst the battles of the present world, ordinary citizens armed with a can-do attitude have gone out of their way to make an honest living for themselves and their families.

Take young entrepreneur Itumeleng Lekomamyane, who started his blossoming sandwich business with just R800. Today the business is not only also employing others, but it is also inspiring others to change their fortunes.

Who can also forget the kindness shown by a Pretoria businessman who bought avocadoes from a hawker named Daniel?

Like many other unemployed South Africans, Daniel makes a living by selling avocadoes in the capital’s streets.

In the video that has gone viral on social media, the father of four, is seen petitioning the businessman to buy his last 14 avocadoes of the day for R50. Having almost closed the deal, Daniel runs to a local shop to get change for a R100 note.

Forced to buy something worth R5 in order to obtain the necessary change, Daniel obliges and returns R95 to the businessman who not only gave him his R50 fee, but a whole lot more to help Daniel – who refuses to dabble in a life of crime and drugs- to provide for his family.

The sixth administration which took over the reins following the 2019 General Elections in May, is working to bring about change in a challenging environment, says SANews.

President Cyril Ramaphosa himself has stated that unless action is taken, more difficult times are ahead in a country that is spending more than it is earning.

The R1.95 trillion Budget Speech tabled last month highlighted that the economy is expected to grow by 0.9% in 2020 while government expects to collect R63.3 billion less revenue than projected at the time of the 2019 Budget.

The state is borrowing at an increased rate to fund operations, with the deficit projected at 6.3 % of GDP this year. National Treasury further highlighted that by 2022/23 interest payments will exceed health spending.

In order to reach fiscal sustainability, government has reduced the main budget expenditure baseline by R156.1 billion over the next three years in comparison with the 2019 Budget projections.

The reduction is the result of the changes in the medium term of R261 billion which include a R160.2 billion decrease to the wage bill of not only national and provincial departments but national public entities among others.

However, government is intent on turning South Africa’s fortunes around and one way in which this is being pursued, is through the infrastructure build programme.

Recently, the President met with the Chief Executive Officers of commercial banks and leaders of multilateral development finance institutions to assess progress in efforts to intensify infrastructure investment.

The inaugural meeting sought to enhance cooperation among stakeholders in a drive aimed at ensuring what the Presidency terms as an aggressive public sector build programme that is not only meant to create much needed jobs for people like Daniel, but also to realise inclusive growth.

In his 2020 State of the Nation Address (SONA), the President emphasised that government alone cannot solve all of the country’s problems.

Investment in South Africa’s infrastructure needs to grow to 30% by 2030 for the country to be able to achieve its National Development Plan (NDP) growth targets.

The plan aims to eliminate poverty and reduce inequality by 2030, which no doubt highlights the urgency for all South Africans to work together to achieve the goal of a better life for all.

While it seems that the challenges the country faces maybe somewhat insurmountable, the fact that the President is able and willing to listen to feedback from various role-players, can only prove the administration’s resolve to get the economy moving one sandwich and avocado pear at a time.