They’ve fought them from the air, with specialised camouflage reconnaissance teams and tactical boots on the ground, but the latest weapon in the fight against rhino poaching might not be as high-tech as you would expect… 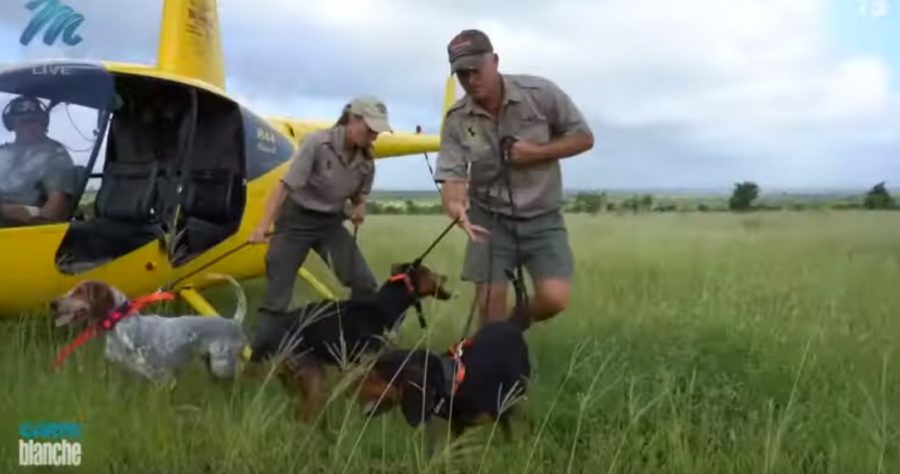 Fast, four-legged and furious – free-tracking hounds could prove to be the game-changer in the fight against poachers as they continue to achieve major successes in this deadly war.

Watch the Carte Blanche segment below, screened on Sunday in South Africa and now available to watch on Showmax International if you’re overseas (in most countries). It’s been one of the most popular investigations ever with viewers saying how much they loved watching it.

Carte Blanche’s Macfarlane Moleli joined an anti-poaching team in the sweltering heat of Mpumalanga to watch this pack at work.

They’re fast, moving as a single unit to hunt down the target with absolute precision. These hounds are the latest weapon in the rhino poaching war because once they have the scent of the poacher; they don’t stop until they get them…