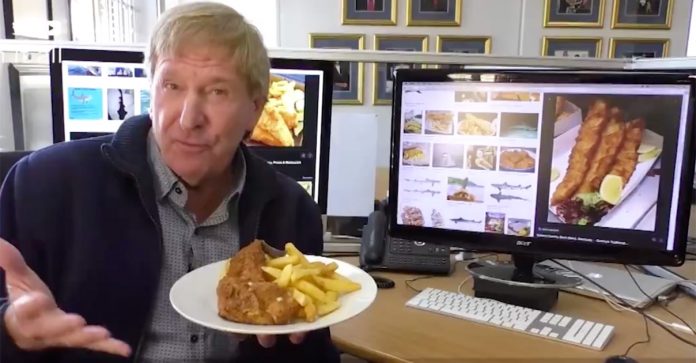 In an investigative exposé on Sunday evening, Carte Blanche reveals that when the popularity of the Australian fast food “flake” – which is in fact shark – decimated that country’s local shark population, suppliers turned their sights on the fishing waters off SA’s Western Cape coastline.

According to Carte Blanche, 30% of sharks and rays are threatened globally with extinction. South Africa has seen the dramatic decline in great white sharks in False Bay and Gansbaai and local scientists are linking this to one local fishery which is apparently supplying Australia.

According to the Yale School of Forestry and Environmental Studies, analysts at TRAFFIC (which monitors the global wildlife trade) had found in 2018 that “almost all the sharks caught in South Africa are exported, Australia being the largest market”.

The shark meat sold as ‘flake’ and made into fish and chips in Australia is meant to be made from Australian-caught gummy sharks, or from New Zealand’s rig sharks. But these recommendations are not legally binding, and so Australian fans of flake ‘n chips have no idea they’ve apparently been eating their way through sharks from South Africa.

It’s believed that smaller species of sharks – which is usually the Great Whites’ prey – are being targeted by a fishery off SA’s coast.

Although Orcas (killer whales) and natural movements have also been blamed for the disappearance of Great Whites in the area, those involved in the shark tourist industry have long been calling for the SA government to place a moratorium on shark demersal longlining.

As the sightings of Great White and other sharks have declined over several years, Carte Blanche investigates why experts say it will take 50 years for over-fished shark stocks to recover – and why the government has not heeded the dire warnings of its own scientists to implement safeguards.

Globally, 30% of sharks and rays are threatened with extinction. In South Africa, we have seen the dramatic decline in great white sharks in False Bay and Gansbaai and local scientists are linking this to one local fishery. Join #CarteBlanche Sunday 7pm. @DerekWatts #SharkMeat pic.twitter.com/0wMQYpU0fD

You can watch the show on Sunday 19 April in South Africa on DStv Now or stream it overseas in most countries from Tues 21 April if you’re abroad.

As the number of confirmed coronavirus cases worldwide passes two million, scientists warn that the true number is much higher. In South Africa, it’s the critical week to assess whether the government’s COVID-19 response has been effective. Carte Blanche examines how the public and private sectors in this country have rallied to set up facilities to detect and isolate the infected and treat patients.

Presenter Macfarlane Moleli says: “COVID-19 affects people differently in various areas. However, one gets the sense that it’s so much harder for the poorest communities. Walking around the township and seeing the state of helplessness of the elderly, seeing abo Gogo lined up on the streets waiting for food parcels, because they have nothing else, is really heart-breaking. We can only hope that when we come out of this, we are stronger as a nation and better as humanity.”

The march of COVID-19 continues relentlessly through this country, where government and scientists have issued strenuous warnings about how deadly the highly contagious virus will be if it tears a path through densely constructed informal settlements, where social distancing and frequent handwashing remain challenging. Carte Blanche investigates whether lockdown can slow the virus in communities where millions of South Africans live from hand to mouth.(Producers: Ntokozo Miya & Mduduzi Miya | Presenter: Macfarlane Moleli)

Gauteng, with the highest number of COVID cases, may be the red zone. But it’s in townships like #Alexandra (GP), #Lamontville (KZN) and #Khayelitsha (WC) where government fears the spread of #Covid19inSA will be utterly devastating. #CarteBlanche Sunday 7pm. #21daysLockdownSA pic.twitter.com/Wl7rmAVHLs

The rhino: it’s one of our most threatened species. But the team that brought us Africa’s first cloned animal is perfecting in vitro fertilisation – a radical solution to boost waning populations.

The rhino: it’s one of our most iconic – and most threatened – species. In captivity, where normal social structures are impossible, rhinos are notoriously difficult to breed. It’s a frustrating challenge for scientists desperately trying to save an endangered species. But now the team that brought you Africa’s first cloned animal is working on a high-tech solution to future-proof our rhinos.(Producer: Laura Byrne | Presenter: Claire Mawisa)

You’ve heard of a test tube baby. But what about a test tube #rhino? @clairemawisa meets the scientists working to develop in vitro fertilisation for one of Africa’s most iconic species. That's #CarteBlanche Sunday 7pm. @BBCSouthAfrica #SevenWorldsOnePlanet #IVF pic.twitter.com/HuIeXMqcO1