An intense hail storm on farms in the vicinity of Uhlenhorst in the Kalahari Desert last week, to the south-east of Rehoboth, covered a large swathe of land with a thick layer of ice and turned the countryside into an instant winter wonderland… writes Niël Terblanché from Informanté. 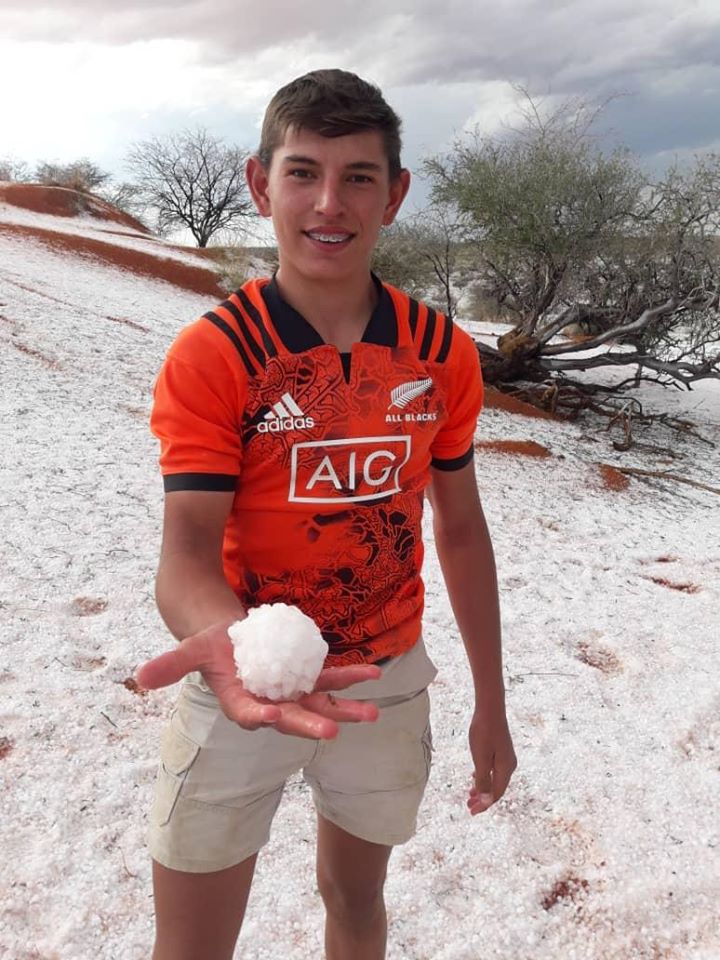 The huge amount of falling ice flayed the leaves off of bushes in the veldt but no substantial damage was reported to infrastructure or crops on the farms.

The hailstorm was accompanied by an electric storm that reached the Auas mountain range just south of Windhoek which made for a spectacular lightning show Saturday evening.

Residents of the Regenstein satellite residential area on the mountain range measured between rains that ranged between 30 and 82 millimetres.

People living in the Kleine Kuppe residential area of the capital measured up to 40 millimetres of rain. Other parts of the city also received heavy downpours which ranged between 18 and 35 millimetres. 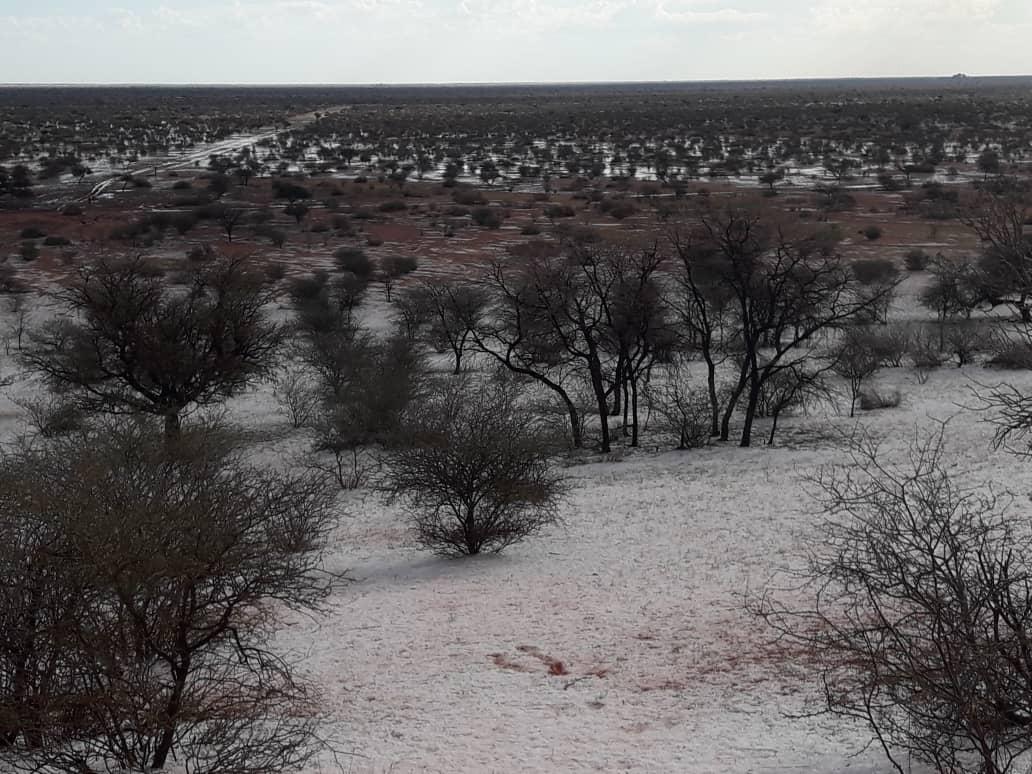 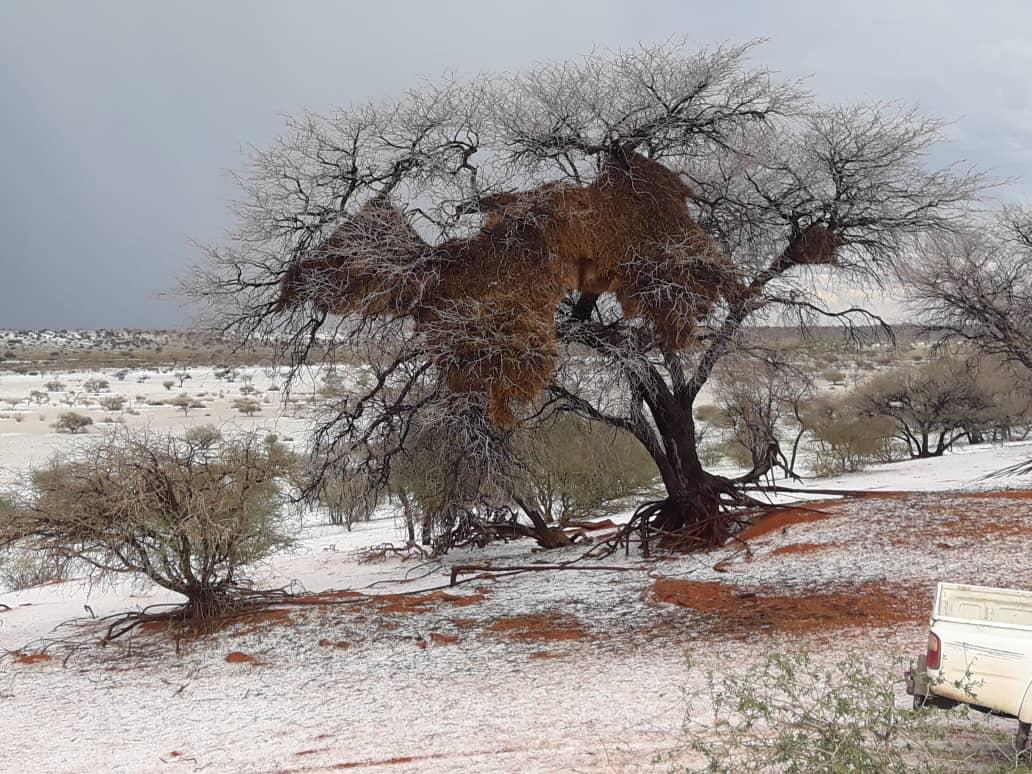 To the east of the capital residents of the satellite residential area of Finkenstein also measured downpours ranging between 18 and 25 millimetres while people staying on the smallholdings at Kapps Farm measured up to 35 millimetres. 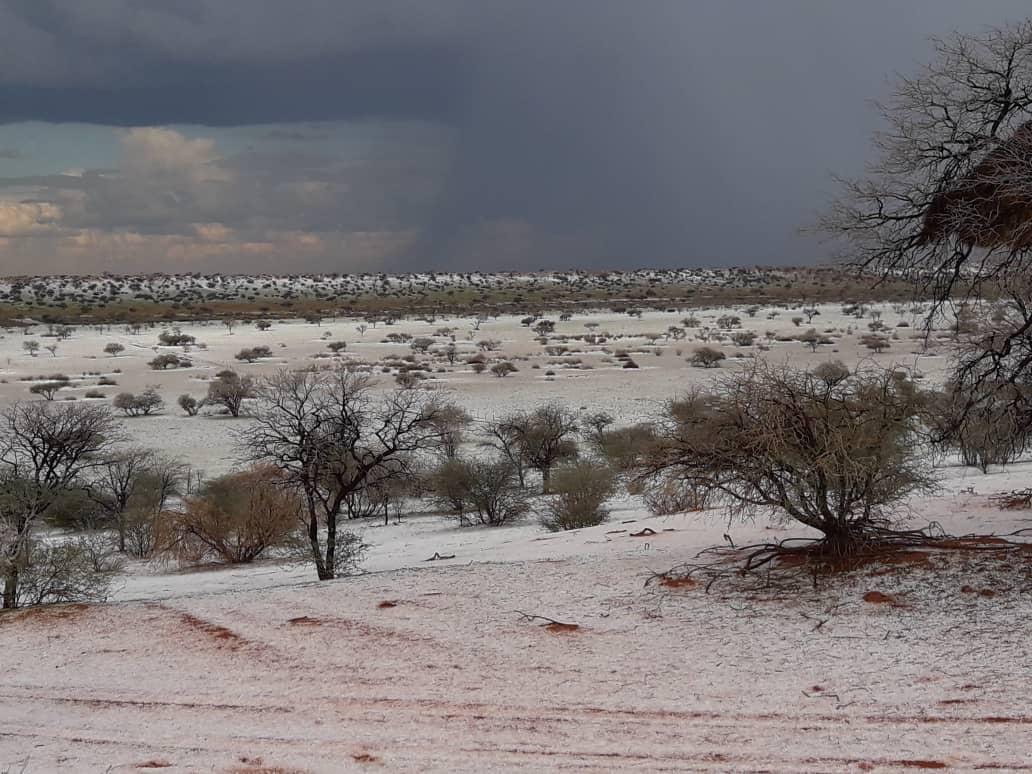 Further east residents of Gobabis and surrounding farms received rain that measured between six and 25 millimetres.

Heavy downpours also occurred to the north of the capital where up to 20 millimetres of rain was measured on farms surrounding the town. 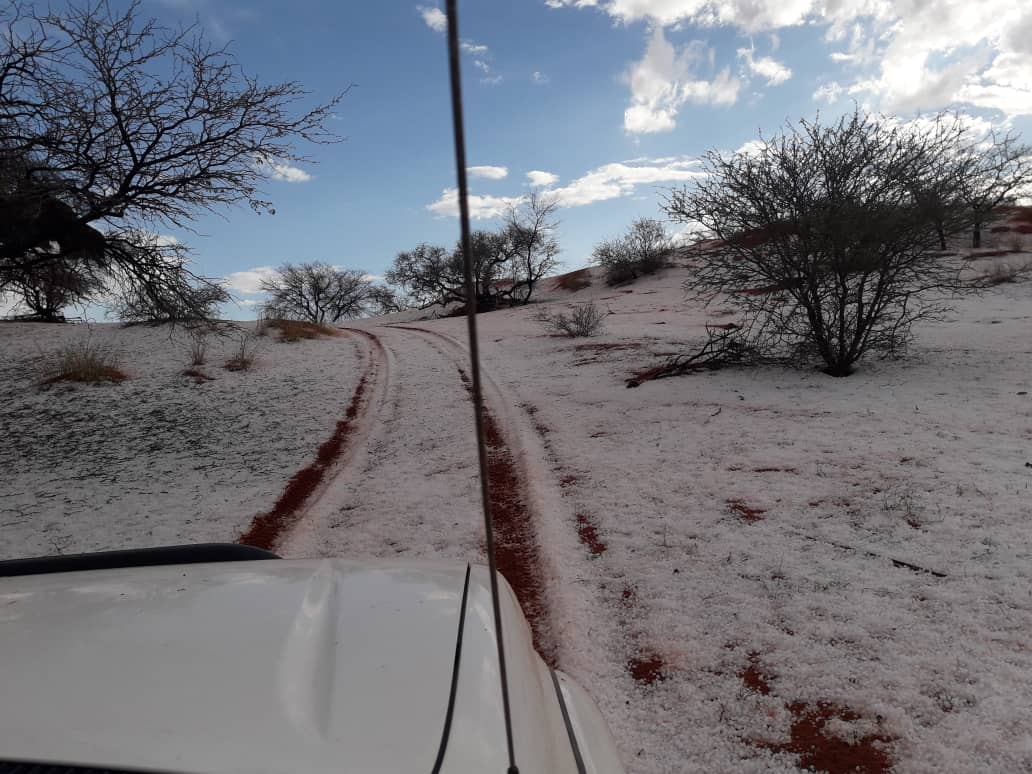 Further north and to the west residents and farmers around towns like Outjo, Otjiwarongo and Omaruru also reported rain measuring form eight to 25 millimetres. A farmer in the area of the B2 Gold Mine measured 13 millimetres of rain.

The weather system that brought the sudden build-up of thundershowers late in the rainy season lingered over the central northeastern parts of Namibia. The system stretched into Botswana where isolated thundershowers were also reported.

Photos: Various contributors to the Reën in Namibia Facebook Page

This article first appeared on Informanté’s Facebook page here, and is republished with kind permission of Niël Terblanché. Follow Informanté on FB or visit their website here.