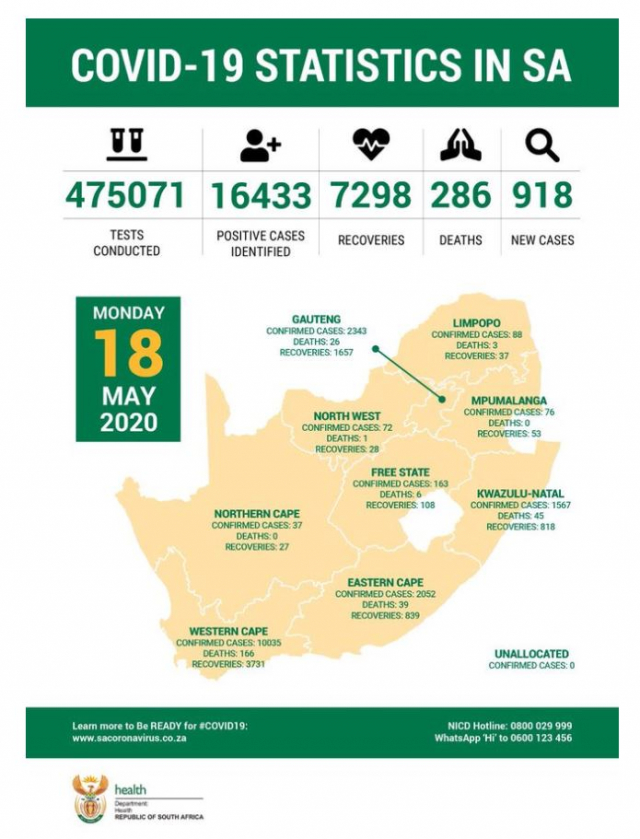 In a statement on Monday, Health Minister Zweli Mkhize said of the 475 071 tests conducted, 14 198 tests had been conducted in the last 24-hours.

“We wish to express our condolences to the loved ones of the departed and thank the health care workers who cared for the deceased,” said the Minister.

The total number of recoveries stood at 7 298.

Meanwhile, Mkhize said as government prepares for the easing of lockdown regulations, high-risk age groups and those living with comorbidities such as hypertension, diabetes, obesity and HIV must take extra precautions and the necessary steps to avoid possible exposure to COVID-19. – SAnews.gov.za