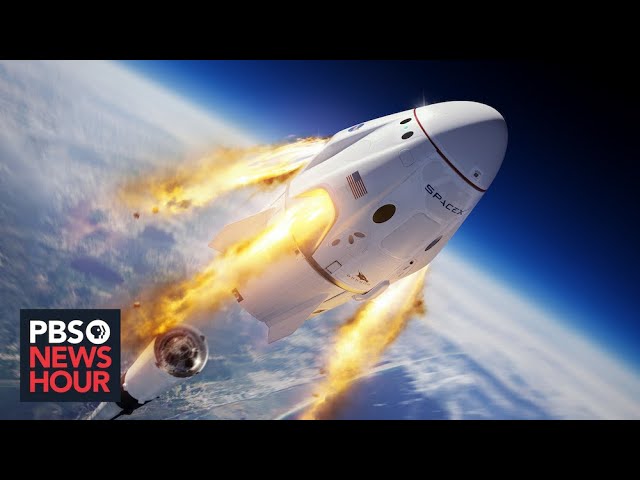 South African expat Elon Musk’s Space-X company has just made history with the first privately-owned and operated spacecraft launching two astronauts on a journey to the International Space Station. It’s also the first US launch in almost 10 years. And ten million people watched the live streaming!

The launch was postponed from Thursday after weather conditions prevented it going ahead at the last minute. Both astronauts have visited the ISS before. Read more below the video.

First, here’s the amazing Lift Off if you missed it:

WATCH: NASA and SpaceX launch historic Falcon 9 flight with 2 American astronauts (this was the live streaming, you can click through it for special moments )

NASA said: “We will return human spaceflight to American soil after nearly a decade.” They said it was a big day for their teams, and for the USA.

It’s also a big day for proud South Africans around the world who have been watching.

Musk is a former Pretoria High pupil who has been one of the country’s most successful expats, founding game-changing companies like Space-X and electric motor car company Tesla.

Musk told CBS: “This is the culmination of a dream.” With his entrepreneurial skills, and passion for space travel, Musk has led Space-X to pioneer the first re-usable rockets, with the Falcoln 9 able to land back on Earth safely (it’s already landed back safely this evening)… thus reducing costs drastically.

The two astronauts who are bravely venturing forth this evening are best friends Bob Behnken and Doug Hurley. Both have visited the International Space Station twice before, before NASA’s launches stopped in 2011.