The driver of the 12-ton truck which ploughed at high speed into 10 vehicles at midday on Wednesday in KwaZulu-Natal (KZN) has appeared in court in South Africa, and been remanded in custody until 19 June for a bail hearing.

The horrific and fatal crash into cars and pedestrians at an open-air market in Jozini, near the Mozambique border, shocked South Africans nationwide and made international news. Eight people were tragically killed, and 32 injured.

Initially the driver of the lorry, owned by Khulanathi Logistics, said that his brakes failed… but after being tested for alcohol he was arrested.

Footage captured on CCTV shows the truck out-of-control and moving too fast. In the 15-second clip, dust can be seen coming from the tyres as the articulated truck slams into ten vehicles including a minibus taxi, two buses, a station wagon and a van before careering into the market filled with shoppers.

The lorry managed to come to a halt just before ploughing into a store. 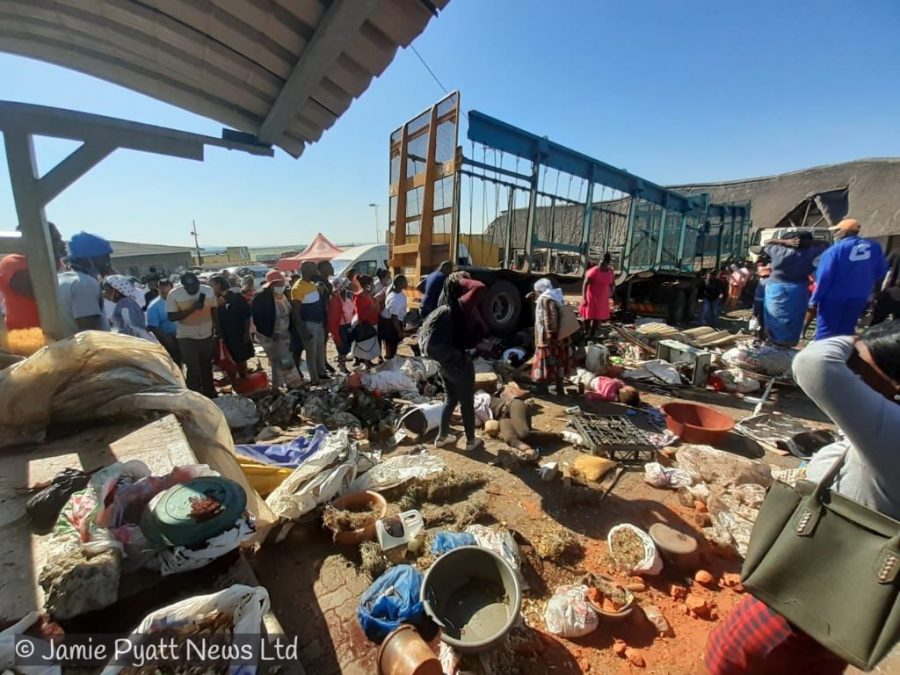 Emergency services diverted ambulances from many nearby towns as paramedics raced to the scene to care for the badly injured.

Robert McKenzie of the KZN Emergency Medical Services said paramedics from the public and private sector worked together on Wednesday to treat the critically and seriously injured victims.

KZN police spokesperson Captain Nqobile Gwala said that further charges may follow as a number of the 32 injured are critical, and there are still fears that the death toll may yet rise.

KZN’s provincial governmental Member of the Executive Council for Transport and Community Safety Bheki Ntuli blasted the alleged drunken driver when he visited the scene on Thursday; and said – after being briefed and talking to the injured – that the investigation would be “fast-tracked” by police.

Ntuli said: “I was appalled when I learnt that the truck driver is suspected to have been driving under the influence of alcohol which could be the cause of this very ghastly accident.

“It has resulted in eight fatalities and alcohol contributes immensely to bad driver behaviour which leads to traffic violations and crashes and an increasing death toll on the roads. 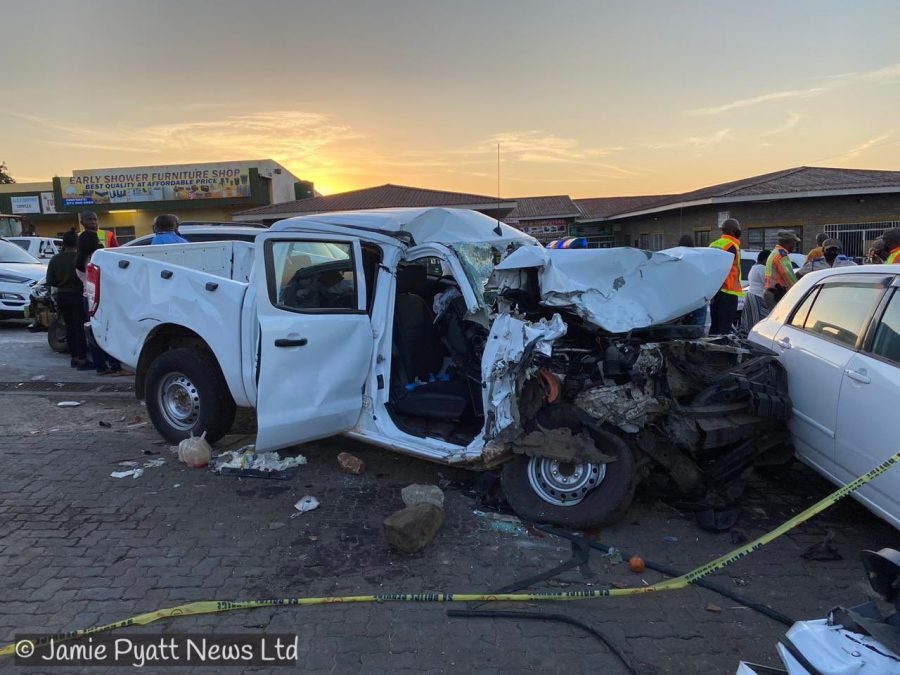 “The blatant disregard for the rules of the road is strictly to blame for the deaths of many breadwinners on our roads which in turn brings a huge cost to the South African economy.”

South Africa’s road traffic record regarding fatalities is one of the highest in the world, with over 14,000 deaths recorded per year. Drink driving is regarded as a huge national problem.

The video footage can be seen here.

NOTE: To use any of the text or video, please contact Jamie Pyatt News Ltd.