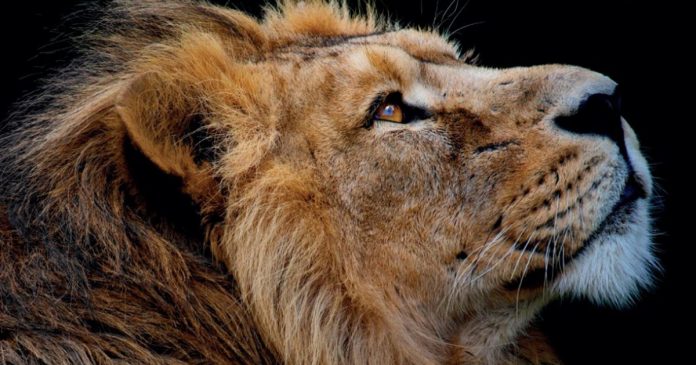 South Africa’s captive-bred lion industry will go down in history as one of the most shameful wildlife disasters ever created by humans on earth. While it continues to spiral into an increasingly corrupt trade, it drags down with it our country’s credibility as a reputable wildlife tourism destination… writes Environmental Writer Louzel Lombard Steyn.

A new book, Unfair Game: An exposé of South Africa’s captive-bred lion industry by wildlife philanthropist Lord Michael Ashcroft was released this week, documenting an undercover operation by ex-British Army and security services personnel. The team recruited a South African dealer as a double agent and planted tracking devices in lion skulls destined to be sold to Asia.

Eight months later, their findings confirm many rumoured horrors of South Africa’s lion industry; the alleged deboning of live lions in Asia to obtain sought-after ‘pink bone’ caused by blood left in the bone, how wild lion cubs are being caught in Botswana and smuggled into South Africa for petting and to boost gene pools, and how illegal wildlife trade is conducted openly at a public market in Johannesburg, where lion skulls and skins are sold alongside skins from endangered pangolins.

It also details smuggling of captive lion and tiger skins. In one case, a Russian client took a rolled-up ‘wet’, or untreated, tiger skin out of SA in his suitcase. Another details plans to smuggle a skin to America via the UK by hiding it inside the skin of a deer.

Rotting at the core

The book also highlights a concerning lack of interest by our own police force to pursue such illegalities. It describes how Lord Ashcroft’s team meets up with South African Police Service (SAPS) commanders in charge of the wildlife unit in Pretoria, to present incriminating evidence uncovered during the extensive investigation. Instead of acting on the information, or even looking at the document, the SAPS officials rejected the evidence and threatened the whistle-blowers with imprisonment.

According to Blood Lions director Ian Michler, the investigation blows a hole in what our Department of Environment, Forestry & Fisheries (DEFF) claims to be a ‘well-regulated’ and ‘enforced’ industry.

“The evidence strongly suggests that South African authorities are enabling this incredibly dangerous trade. Global and local opposition to it is widespread. It comes from the conservation and scientific community, our tourism industry and many hunting organizations around the world and still we have not seen a single act of legislation to curb or end these activities.”

DEFF’s insistence that “there are presently no major threats to our wild lion population” is also disputed as Unfair Game describes in detail how the undercover investigators joined poachers planning to kill wild lions in Kgalagadi Transfrontier Park. The wild lions were to be poisoned or shot in the stomach to ensure their bones remained undamaged.

Wild cubs, too, are kidnapped during such poaching excursions, the team learned, to be smuggled to SA for petting and to boost the gene pools of SA’s captive breeders.

The poaching excursion described in the book proves that Africa’s dwindling wild lion populations are, in fact, threatened by the industry despite the oft-repeated arguments by sustainable utilisation proponents that commercial captive breeding is beneficial to wild populations.

Detailed questions regarding these findings were ignored by DEFF. Instead, a generic response stated that no comments can be made on any issues relating to SA’s lions until the newly-formed (and highly controversial) High-Level Panel has formulated their strategy.

Tourists and international volunteers are unwittingly duped into the exploitation via seemingly harmless activities such as cub petting and lion walks. A video published alongside Unfair Game reveals how South African tourist facilities, like Moreson Ranch and Akwaaba Lodge & Predator Park, offer ‘family-friendly’ big cat encounters in the foreground while engaging in suspicious ‘canned’ activities behind-the-scenes.

A home video shot at Moreson Ranch, where cub petting is a major attraction, shows the owners killing a lioness in a small enclosure. The animal is shot in the shoulder and stomach more than 10 times in a seven-minute period as she dies a slow death. The body shots were reportedly deliberate, as not to damage the skull of the lion, enabling this to be sold for more money.

At Akwaaba Lodge & Predator Park, again, undercover footage shows how a tiger is sold in an underhanded deal, before being tranquilised and loaded onto a pick-up truck. Akwaaba’s owner Nazeer Cajee confirmed the deal but denies killing the animal. “When the tiger left my property, she was still breathing. What happened after they left, I have no idea,” he says.

Unfair Game details how the animal later died of an overdose of tranquilisers and was skinned and processed in a makeshift home abattoir, the bones destined for the Asian tiger bone market.

Cajee’s indifference to the tigress’s fate contradicts the mantra of his supposed family-friendly farm, where “animals are all treated with love and affection”.

In South Africa, zero regulations exist to govern the captive tiger industry. These exotic Asian species are essentially ‘farmed’ in SA are at the mercy of owners and can be bred, hybridised, killed, skinned and cooked ad-lib.

Tourists who have visited these facilities have unknowingly contributed to the systemised cruelty.

SA Tourism CEO Sisa Ntshona made his position clear; “We promote an authentic and credible tourism experience to all our tourists, and this includes an authentic wildlife experience to keep it as “wild” and natural as possible,” he stated back in 2016. “We do not promote or endorse any interaction with wild animals such as the petting of wild cats and walking with lions.”

Yet, it continues. The horrors, escalating.

“We now have one of our biggest tourism markets stepping up to air the horrors of predator breeding, “canned” hunting and cub petting to their public and government,” Michler says. “It’s not the best way to be marketing ourselves and certainly damages our claims as being an ethical and responsible destination offering authentic tourism experiences.”

Travellers from the United Kingdom make up SA’s second-largest tourist market, accounting for over 13% of total annual visitors. These dedicated travellers are seeing an increasingly grim picture of SA’s once idealised wildlife tourism offering.

Moreover, the industry is another global health crisis waiting to happen, as it is based solely on close human interaction with and consumption of wildlife.

Alas, the purpose of the captive breeding industry is just that; to reduce Africa’s greatest predator to the sum of its most lucrative parts. It is a fate for which these animals continue to suffer unimaginably gruesome deaths, their lives a mere by-product of their parts; trophy head, skin, bones, teeth and claws.