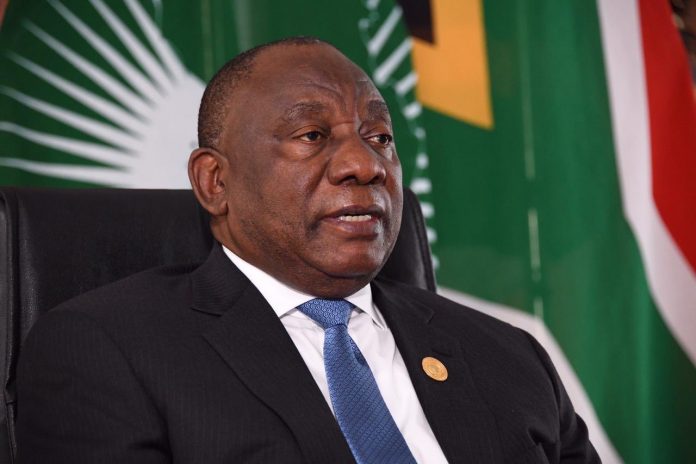 President Cyril Ramaphosa says government relied on scientific advice, consultations and the experience of other countries when it made the decision to gradually ease lockdown.

The President said this when he fielded oral questions from members of the National Assembly during a hybrid question and answer session on Thursday.

“In deciding on when to begin the gradual and systematic easing of the lockdown, government was guided by the views of the scientists, the experience of other countries and wide-ranging consultations.

“It also took into account the economic and social disruption caused by the lockdown, and the devastating impact it was having on people’s incomes and livelihoods,” he said.

EFF leader Julius Malema had asked the President if the decision to ease lockdown from alert level 5 to level 4 and then level 3 within a short space of time was informed by scientific evidence and if he had been lobbied by any persons to ease lockdown for business operations to resume.

The President said in providing guidance, the Ministerial Advisory Committee used the level of community transmission as the basis for determining the state of the pandemic in the country.

He said that at that time, the proportion of Coronavirus tests that were positive had been consistently low for a long time and had remained in a narrow range of 1.5% to 3.5% for several weeks in all parts of the country except in the Western Cape.

“In arriving at this decision, due consideration was given to the criteria suggested by the World Health Organisation for countries to transition from lockdown to re-opening of normal social activities,” the President said.

These criteria used considered a number of factors:

–          Secondly, that health systems are able to ‘detect, test, isolate and treat every case and trace every contact’;

–          Thirdly, that hot spot risks are minimised in vulnerable places, such as nursing homes;

–          Fourthly, that schools, workplaces and other essential places have established preventive measures;

–          Lastly, that communities are fully educated, engaged and empowered to live under a new normal.

The President said in an advisory to the Minister, the Ministerial Advisory Committee noted that some of the World Health Organisation (WHO) criteria may not be appropriate for South Africa.

Unlike several other countries, South Africa deliberately implemented a lockdown early in the progression of the disease as a strategy to delay transmission.

“We did this knowing that we would not be able to bring transmission under control by the time we had to ease the lockdown, but that it would give us the time we needed to strengthen our health system and put a comprehensive public health response in place.

“The WHO has supported South Africa in this approach.”

The President said in considering the transition from alert level 5 to alert level 4 and, subsequently, to alert level 3, he had engaged with numerous stakeholders including business, labour, community representatives, political party leaders, premiers, mayors, traditional leaders and the religious sector among others, as part of government’s consultation process.

“As the National Coronavirus Command Council, we remain committed to consulting widely with diverse stakeholders in taking decisions that will both protect the lives of our people and support their livelihoods.” – SAnews.gov.za