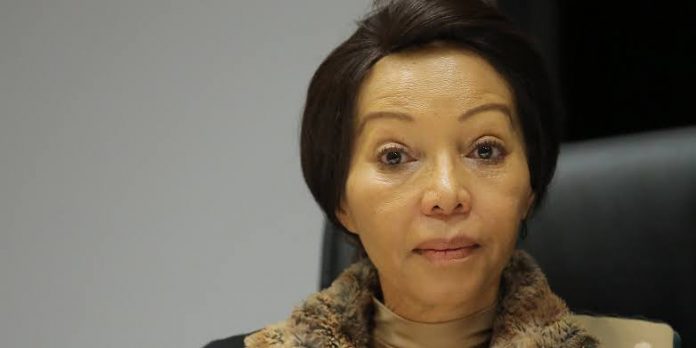 Ambassador Bridgette Motsepe has hit back at what she calls “baseless allegations” implicating her of money-laundering, as announced by AfriForum on Tuesday morning, 23 June. Motsepe says she rejects the allegations as “preposterous”, and says they were already proved untrue six months ago. She has also appointed an international law firm, led by Cherie Blair, to investigate the allegations.

AfriForum announced earlier today that its Private Prosecution Unit, under the leadership of Adv. Gerrie Nel, has officially been appointed by the Botswana government to facilitate its request to the SA government for mutual legal assistance in a high-profile money-laundering and fraud case.

AfriForum said that the case implicated businesswoman Bridgette Motsepe, who is the sister-in-law of President Cyril Ramaphosa and wife of Jeff Radebe.

The Ambassador explained in a media statement on Tuesday evening that the “baseless allegations” repeated by AfriForum are that she was a co-signatory of at least two bank accounts (Absa and Nedbank) holding funds allegedly stolen from the Botswana government to finance a coup before Botswana’s national elections.

Motsepe says: “This bizarre allegation was first made in an affidavit deposed to by Mr Jako Hubona, an investigator in Botswana’s Directorate on Corruption and Economic Crime, during the bail application by Ms Wilhelmina Maswabi in Botswana. In this affidavit, it is alleged that I am one of the co-signatories on South African bank accounts held at various banks including ABSA and Nedbank owned by two companies: Blue Flies and Fire Flies.”

The Ambassador stresses: “There is no truth to these allegations. I have never laundered money. I have denied these allegations since December last year on the basis of readily available evidence which has already been widely reported on in both South Africa and Botswana media.

“The allegations in Mr Hubona’s affidavit have already been discredited and refuted before the Botswana High Court including by an analyst who conducted a forensic investigation into the claims and has confirmed on oath that Blue Flies and Fire Flies are not registered companies.

“Absa and Nedbank confirmed bank accounts do not exist”

“Furthermore, both Absa and Nedbank have also confirmed in writing that the bank accounts referred to, do not exist.” (SAPeople has seen the letters, both dated November 2019.)

Ambassador Motsepe says: “It is preposterous to allege that I am a co-signatory of bank accounts that don’t exist held by companies which also don’t exist. As stated in the Nedbank letter: After conducting a search on our Nedbank systems, we have been unable to find any accounts in the name of Blue Flies (Pty) Ltd / Bluefiles (Pty) Ltd / Fireflies (Pty) Ltd , nor any accounts with the account numbers mentioned. It therefore follows that you cannot be, and are not, a signatory on such non-existent accounts.”

In a response from Absa, it says: “By way of response to the various queries contained in your letter, we made the following observations; Absa has no record of any account with designated number 40892246893.”

She says the Bank of Botswana has also publicly refuted the claims, in an article in the Botswana Gazette (26 Nov 2019) which quotes the Governor of The Bank of Botswana, Moses Pelaelo, as saying – amongst other things – that “It’s all rubbish” (See full article here.)

“I am in consultation with my lawyers and intend to sue all parties who have publicly made false accusations about me in the Hubona affidavit.

The Ambassador says AfriForum has also repeated the unsubstantiated allegation that she laundered money to sponsor a candidate in the Botswana national elections.

“This claim – emanating from a newspaper in Botswana – is also entirely baseless,” she says. “I have instructed my lawyers to issue proceedings against the newspaper for defamation, to address this disinformation.

“These proceedings will be launched imminently.”

“It is a legal requirement that any money to be transferred into or out of the country requires Reserve Bank approval,” she explains.

“It is unfortunate that AfriForum has decided to repeat baseless allegations against me which I have already demonstrated to be false, six months ago. I reserve my rights to take action against AfriForum and any other party who repeats such false allegations.

“I would welcome the South African government assisting the Botswanan government with its request for mutual assistance.

“These allegations are harmful to my reputation and to all the other citizens that have been referenced in the affidavit.”