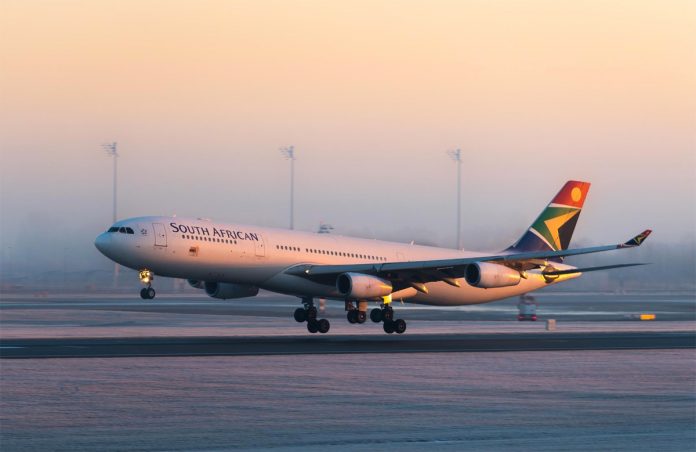 South Africa’s Department of Public Enterprises (DPE) has called on unions to convene their own bilateral meetings to finalise the South African Airways (SAA) restructuring plan.

In a statement issued on Monday, the department said after withdrawing from the Leadership Consultative Forum (LCF), the department has had bilateral discussions with all unions, and is now calling on them to do the same amongst themselves and find a solution to the future of the airline.

According to the department, the NTM, SATAWU, AUSA, Solidarity and SAA non-unionised staff representatives have made a commitment that they would like to sign the Voluntary Severance Packages (VSP), which can be offered to employees immediately after the creditors’ vote on the Business Rescue Plan on 14 July 2020.

“They further said that they support the VSPs, which include one week calculated per year of completed service, one-month notice pay, accumulated leave paid out, a 13th cheque and a top-up of severance packages calculated on a back-dated 5.9% wage increase, which was agreed to in November last year.

“The department met with NUMSA and SACCA, and SAAPA separately on Friday, 3 July 2020 and the concerns that they have were addressed. The concerns centred on the number of people to be retrenched and the value per employee of the proposed VSP,” the department explained.

The department emphasised that the 1 000 people start-up number and the R2.2 billion budget for the VSP were arrived at with the view to ensuring restructuring results in the formation of a viable, sustainable, competitive airline that provides integrated domestic, regional and international flight services.

“It is important that we ensure that we have an airline that emerges from the business rescue plan, which will not be burdened by unsustainable agreements. The DPE is not in a position to accede to any further demands from sections of union leadership for additional benefits.

“As a shareholder on behalf of government, the DPE has made it clear to all the unions that the R2.2 billion budgeted for VSPs is the best that can be made available when government is faced with massive financial demands and constraints in the current financial crisis facing our economy,” the department said.

The department has urged union leaders and employees to accept the voluntary severance packages offered and focus on the social plan that is aimed at equipping individuals to re-enter the job market.

“Employees who take up the VSPs will be entitled to re-apply for positions in the new restructured company as it grows. The social development plan that is being finalised is aimed at empowering displaced employees with new skills, which will give them the best opportunity of regaining employment in the aviation industry as it recovers as well as opportunities identified in other sectors.”

The department has also committed to exploring the option of a temporary layoff scheme that can accommodate certain employee categories to enable ease of availability.

It warned further warned that effectively all stakeholders, particularly employees, stand to lose if SAA is placed into liquidation.

“Seeing that it would require a level of commitment and cooperation from both SAA and the unions to overcome the devastating consequences of the COVID-19 pandemic where thousands of jobs are being lost on an unprecedented scale in South Africa and across the world, the DPE calls on the unions to convene their own bilateral meetings,” the department said. – SAnews.gov.za