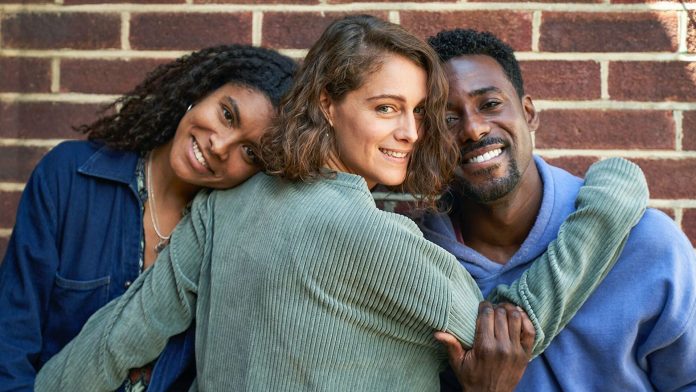 Stories of war and tales of the law; Celtic druids and German sailors; traitors and patriots. Horror movies, a wrestling comedy and a local movie about Sophiatown. Here are the highlights of what’s new to stream on Showmax in July.

In 43 AD, the Roman Army – determined and terrified in equal measure – returns to crush the Celtic heart of Britannia – a mysterious land ruled by warrior women and powerful druids who can channel the forces of the underworld. The Telegraph proclaimed: “This may be the new drama Game of Thrones fans have been waiting for.” Binge it now, first on Showmax »

During the Autumn of 1942, in occupied France, U-612 lies waiting for its maiden voyage. The crew struggles with claustrophobic life underwater in this reboot of the 1981 classic movie. The New Statesman says “Each episode is like a shot of something very illegal to my arm.” Binge it all now, first on Showmax »

Get Shorty follows Miles Daly (Chris O’Dowd), muscle for a Nevada crime ring, who tries to leave his criminal past behind and become a movie producer in Hollywood with the help of a washed-up producer. All three seasons are ready to binge first on Showmax.

Trigonometry is an unconventional love story about three people who are made for each other. A couple decides to take in a housemate to help pay the bills in their London flat, and finds  the perfect match they never knew they needed. Binge now on Showmax »

The ten-episode final season of Suits centres on an evolved firm, Zane Specter Litt Wheeler Williams, which is facing uncertainty and change yet again. After the events of the past season, all the lawyers are left reevaluating their priorities, in work and life. Suits ended its nine season run with a 90% critics rating on Rotten Tomatoes. Binge the whole boxset from Season 1 now, then watch spin-off Pearson S1 »

I Know this Much is True S1

This miniseries follows the parallel lives of identical twin brothers, one of whom is a paranoid schizophrenic. Both are played by Mark Ruffalo, and the cast is rounded out by award winners Melissa Leo, Kathryn Hahn, Juliette Lewis and more. Watch weekly episodes from 2 July, express from M-Net »

It’s 1932, and despite the Great Depression, LA is booming. But when the kidnapping case of the decade comes knocking on down-and-out detective Perry Mason’s door, it reveals a fractured city and, just maybe, a pathway to redemption for himself. This is a reboot of the iconic 1950s-60s series and stars Matthew Rhys. Streaming from 28 July, express from M-Net.

Oscar winner Lupita Nyong’o stars as Adelaide, a woman returning to her childhood holiday haunt with her husband (Black Panther’s Winston Duke), and two children. Their idyllic getaway is ruined by a terrifying opponent: doppelgängers of themselves. Directed by Jordan Peele, Us was listed it at #2 behind Black Panther on Rotten Tomatoes’s list of The 100 Best Black Movies Of The 21st Century. Streaming from 16 July.

Fighting With My Family

Based on a true story, this movie follows a reformed gangster and his family as they make a living wrestling together in tiny venues. When the kids are offered the chance to try out for WWE, they jump at it – only to discover that fame might have a price not worth paying. A great cast, from Nick Frost to Florence Pugh to Dwayne Johnson. Watch now »

Yvonne Orji: Momma, I Made It!

In her first HBO comedy special, Yvonne Orji, better known as Molly from Insecure, has the audience rolling with laughter as she celebrates and pokes fun at her strict Nigerian-American upbringing and her journey from pre-med to comedy. IndieWire calls it “a rip-roaring standup special”. Watch from 6 July.

A high-powered, highly stressed businesswoman is magically transformed into her younger self, leaving her underappreciated assistant to cover for her at the office. Marsai Martin (Black-ish) plays the younger Jordan, while Regina Hall plays her older self. Issa Rae (Insecure) co-stars.. Streaming from 9 July.

Tragedy, friendship, love and marriage are among the themes in this highly charged local drama that was a hit with critics. It stars Tiffany Barbuzano, who is also the creator, Brandon Auret, Ty Keogh and Jane de Wet, Lorcia Kumalo and more. Binge it now »

Back of the Moon

On the eve of the forced removals in Sophiatown in 1958, a gang leader who’s preparing to lay down his life in the struggle finds something worth living for: a beautiful singer. Starring Richard Lukunku and Moneoa Moshesh, this one is exec produced by William Kentridge and Anant Singh. Watch first on Showmax »

When life, the law, and the woman he once loved separate him from his child, a young father takes matters into his own hands and finds himself in a high-stakes hostage situation. The second-biggest SA movie at the box office last year, this stars Kagiso Modupe alongside his real-life daughter, Tshimollo. It won Best of Festival and five more awards at the Idyllwild International Film Festival in California. Watch it now »

Sign up for Showmax mobile and get full access to the full catalogue on one mobile device for R49PM.