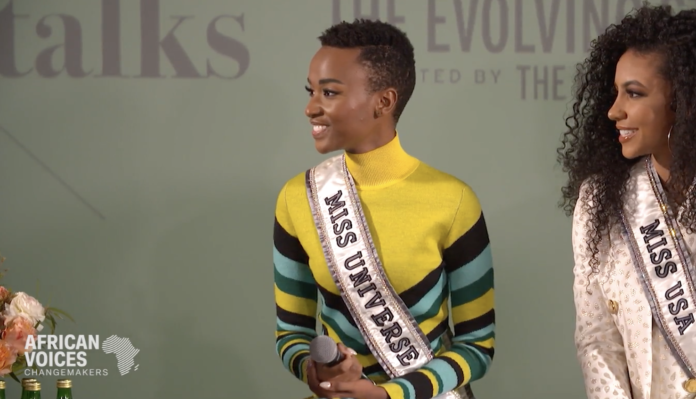 On this week’s African Voices Changemakers, South Africans will get a chance to find out more about their very own Zozibini Tunzi, as CNN International’s Arit Okpo meets the reigning Miss Universe. 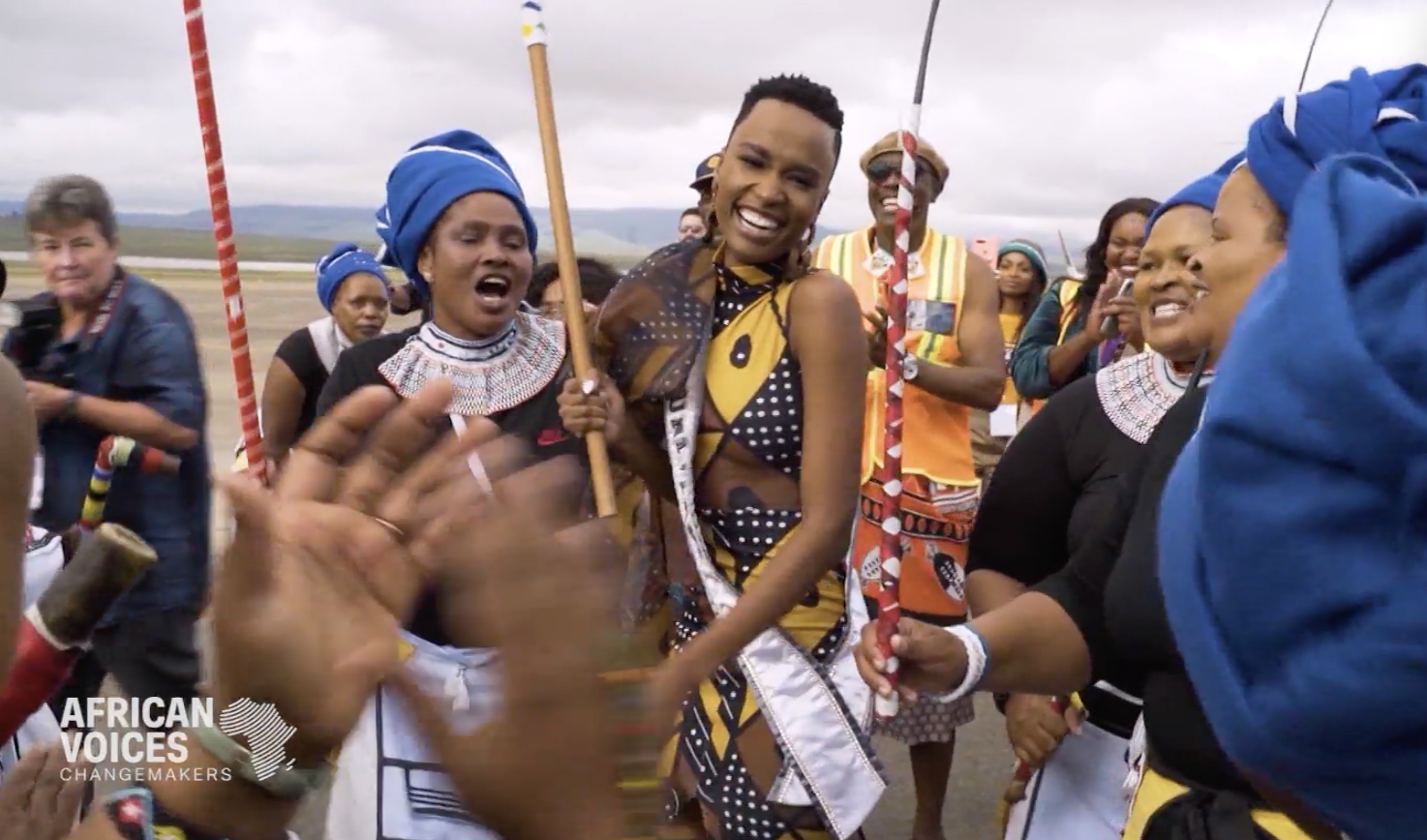 Despite having her reign interrupted by the pandemic – at a time when Tunzi should have been travelling the world –  she says she still has big plans for the future. With a mature attitude, she says: “Although I can’t say now, exactly, you know, what those plans are. I always say I’m very open to life, I leave space for life to happen as well. Because in as much as we plan, we need to also allow life to take its course.”

Tunzi spent the coronavirus lockdown in New York, something she admits has been difficult. The beauty queen says: “I find myself wishing that I was at least at home when this happened. You know because now I’m constantly worrying about their health or they’re worrying about mine.”

Tunzi’s success began with her win in the Miss South Africa pageant. During the CNN show, she speaks about her motivation for entering the competition… and it wasn’t because she thought she was the most beautiful woman in SA – “that would just be creepy,” she says. Instead it was that she “knew I had a voice. I knew I stood for something. I knew I needed to be heard.”

After being crowned Miss South Africa, Tunzi went on to compete at the Miss Universe pageant, becoming the third South African to win the title. She tells CNN about the moment she won, “It was like a full-circle moment for me because I remembered when I started, I remembered why I started. For representation for young girls who look like me, even for young girls who don’t even look like me but have felt misrepresented or felt less represented in spaces. It was just like, just a beautiful moment for me when that happened because I realized it wasn’t just about me.” 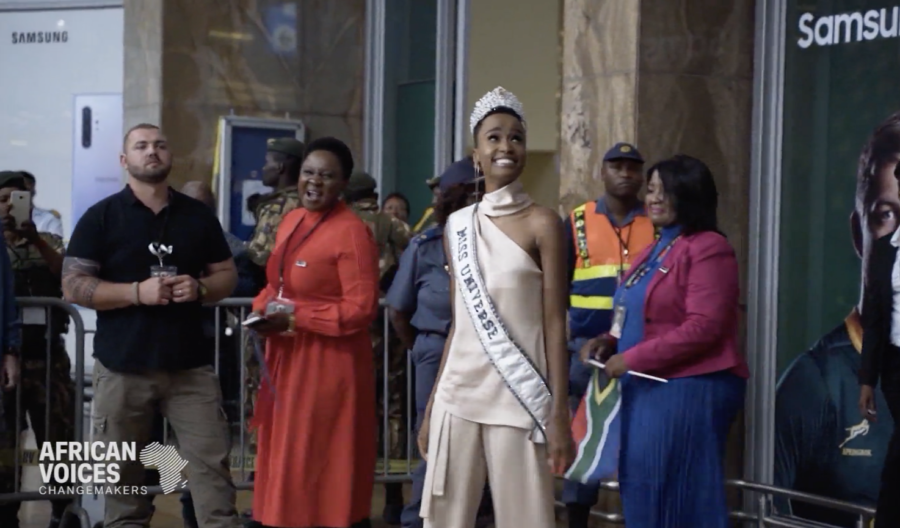 Tunzi is using her reign to inspire women and girls. One of her main projects is campaigning for gender equality. She discusses her mission to encourage women to ‘take up more space’, “One of the biggest problems is that when you walk into a room as a woman, sometimes people think you’re invisible. It’s like your voice doesn’t matter it, you have nothing to say. We shouldn’t be scared of our power. As women we shouldn’t be scared of lifting up our hands and we lifting up our voices when we enter into spaces. And that’s what taking up space means.” 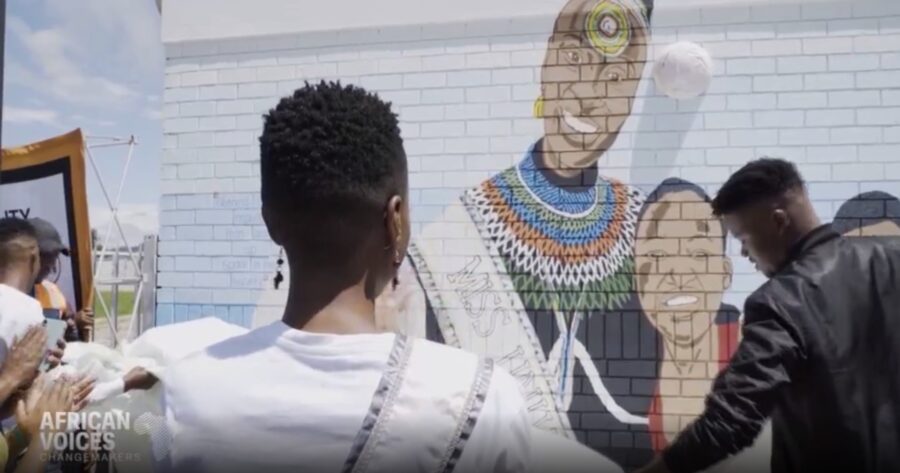 Following her win, Tunzi undertook a homecoming tour of South Africa. It was so important for her. She tells CNN that South Africa is “such a wonderful, beautiful place to grow up in. So much humility and so much strength and so much passion for life and everything that we aspire to be. That whole community, or in South Africa, we call it Ubuntu, which means we are who we are because of people. And so, I think what drives me is just growing up in that space and I wouldn’t have chosen to grow up anywhere else.” 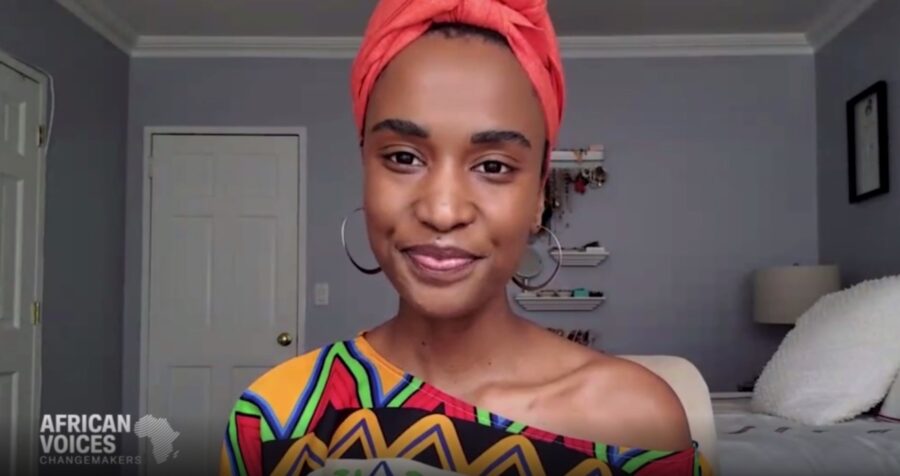 During the lockdown, she’s been using her star power to help people connect on Instagram using the hashtag #UniverseUnited. She speaks about this initiative, “We started it because we felt like there was such a disconnect. You know, because people were socially distancing. I felt that they shouldn’t emotionally distance as well. So, we’re like, let’s just create this virtual global community where we can all share what we’re doing during the day.” 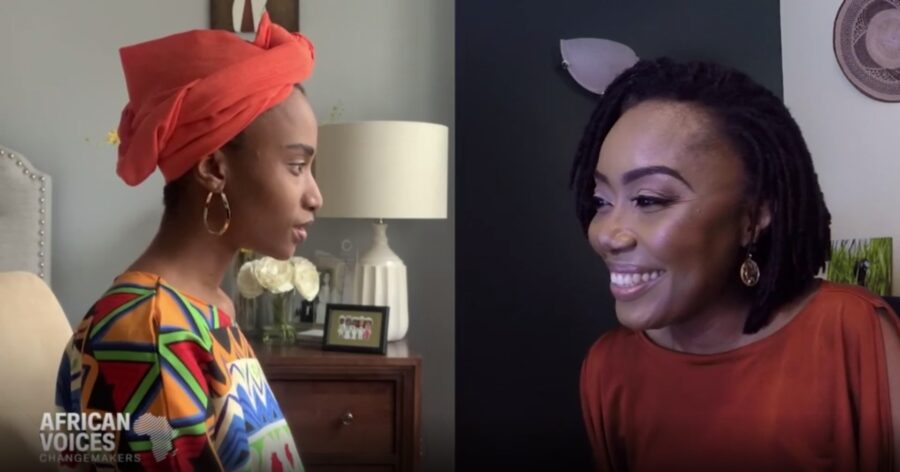 The show also airs at the following times: