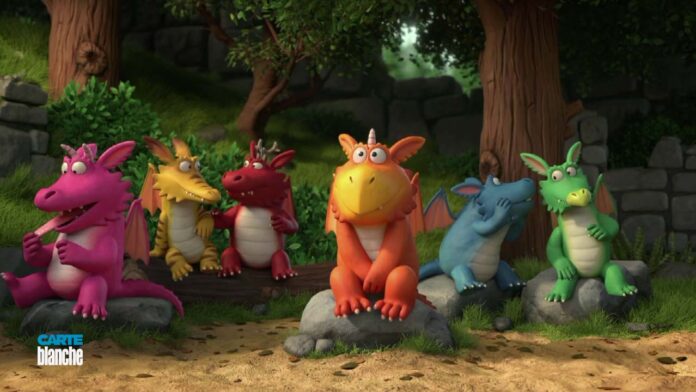 This Sunday Carte Blanche Carte Blanche captures the amazing journey of Cape Town-based animation pioneers Triggerfish Studios… the award-winning studio behind two of the five highest-grossing South African Feature Films of all time. The current affairs show also investigates how an Investor’s dream became a financial nightmare, and the impact Covid 19 has had on SA’s healthcare system plus more.

You can watch the show on Sunday 2 August in South Africa on DStv Now or stream it overseas in most countries from Tues 4 August  if you’re abroad.

From a small team working in their kitchen on stop-frame clay animations, to the big screen with films like Zambezia and Khumba – Carte Blanche captures the amazing journey of Cape Town-based animation pioneers Triggerfish Studios. After nearly losing the company several times over two decades, the talented and tenacious Triggerfish team scooped a much-coveted Emmy this year with the heart-warming tale of their clumsy dragon, Zog that’s won multiple international awards. Meet the team that is now setting its sights on developing a generation of African animators. (Producer: Annalise Lubbe | Research: Sasha Schwendenwein | Presenter: Claire Mawisa)

This Sunday on #CarteBlanche: @Triggerfish, the #animation studio behind two of the five highest-grossing South African feature films of all time, takes us behind the scenes of beloved characters that have come to life through their pens. Join @clairemawisa 7pm on @MNet. pic.twitter.com/rLfNbMMw9q

It was meant to be an empowering investment opportunity into an internationally renowned nail-care brand. On paper, the franchise looked world-class and the returns were promising, but a closer look revealed that the business was embroiled in ongoing controversies throughout the country. Still, some hopeful investors decided to put in their money, investing millions in the process. Now some have been left disenchanted, de-franchised and almost destitute. Carte Blanche digs deep into this fading façade.

Presenter Derek Watts says: “During these tough economic times, many people turn to alternative income options including buying into franchises with the promise of great returns. But for many, these franchises end up going from entrepreneurial dream to financial nightmare.”

A perennial problem for South Africans, personal debt is skyrocketing – as a recent annual survey by a major financial institution has revealed. More than double the usual number of respondents said they had taken out personal loans this year. Some 58% of households are facing “overwhelming financial stress levels as they plunder their savings and take on more debt to meet expenses”. So what if the financial hole gets too deep? Carte Blanche investigates complaints by some debt review customers who say the hoops they had to jump through to get back in to the black were just too traumatising. (Producer: Liz Fish | Research: Sinethemba Nogude | Presenter: Masa Kekana)

If you have personal #debt spiralling out of control, a professional #DebtCounsellor might seem like a godsend, but for some clients it has caused even more complication and heartache. @MasaKekana investigates this Sunday at 7pm on @MNet channel 101. #CarteBlanche pic.twitter.com/VjdEu8kBr9

From the low average of just 200 daily confirmed infections to record highs averaging in excess of 13 000 new cases every day, South Africa is on the fast track to a national crisis as the coronavirus pandemic hammers the healthcare system. Medical staff are already exhausted, hospitals are running low on ICU beds and funeral parlours are buckling under the weight of growing COVID-related burials. Now as various parts of the country seemingly reach the initial peak of infections, can the health, system cope with the additional pressure? (Producer: Mosibudi Ratlebjane | Research: Laura Byrne | Presenter: Derek Watts)

From Italy, Spain and the USA… Now it seems South Africa is facing the peak of the first wave of #coronavirus patients as the daily infection numbers continue to soar. @DerekWatts asks: are we prepared for the initial peak of this pandemic? Join us Sunday 7pm on #CarteBlanche. pic.twitter.com/Y4ry0LaOwi