Two brothers have been denied bail and remanded in custody following the recovery of 19 firearms, 10 of which are illegal, and the discovery of a severed human head in Putfontein, Gauteng.

Gauteng Commissioner, Lieutenant General Elias Mawela says he welcomed the recovery of the 19 firearms by police during the investigation of a murder case in Putfontein. Nine of these firearms have been confirmed as licensed but remain seized for ballistic testing, along with the other ten and the illegal ammunition. 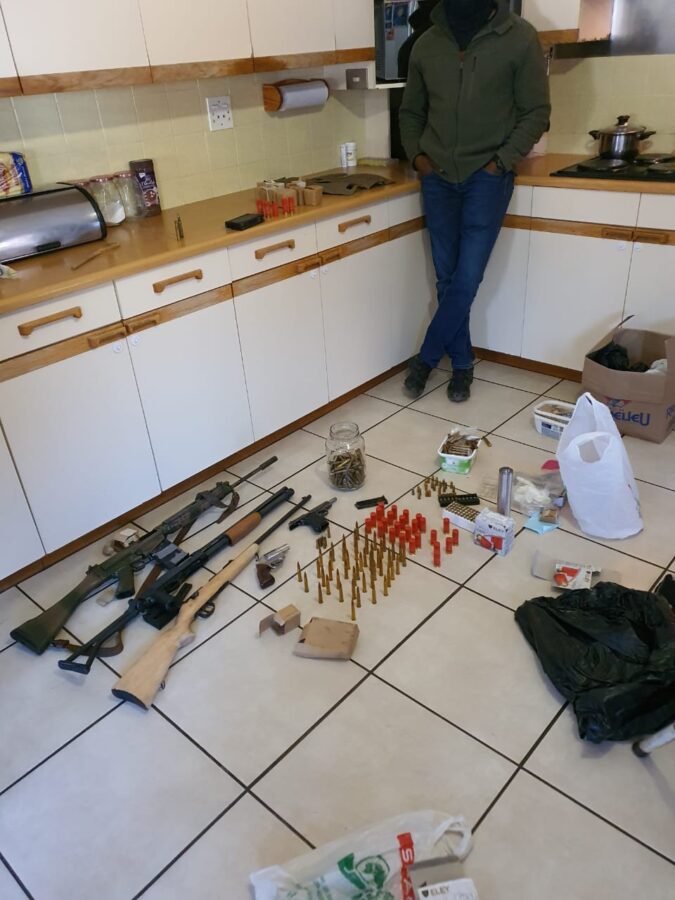 In May 2020 police had opened an inquest docket after discovering a badly burnt body of an unknown male in Putfontein. Coincidentally, a family visited the police station at the same time to report a missing person, and, working closely with the family, police were able to confirm that the badly burnt body was in fact that of the missing person, with evidence of a gunshot wound. For this, a murder case was then registered for further investigation, the South African Police Service (SAPS) said in a statement. 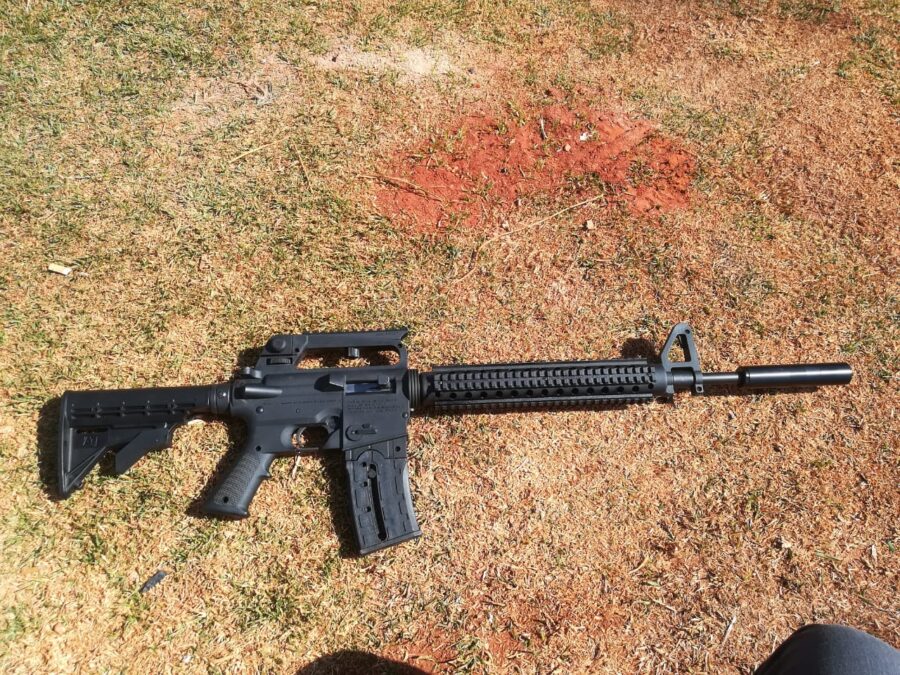 Subsequent investigations led police to the deceased’s landlord and further revealed that the same landlord could possibly be linked to a June 2019 murder of a victim who was allegedly decapitated and their head dumped into a septic tank on another plot in Putfontein. On Sunday (02 August 2020) police arrested the landlord after they found one illegal firearm and multiple rounds of ammunition on his property.

On Tuesday 04 August 2020 police followed more leads and found five illegal firearms and ammunition in Benoni. A suspect is yet to be arrested.

Meanwhile on the same day, police searched a different plot in Putfontein and found six more firearms and ammunition, one of which was illegal; while a further search led police to a septic tank in which a human head was found.

A murder case has been opened and is under investigation, and the two suspects who are siblings, were arrested for murder and for possession of illegal firearm and ammunition. SAPS said: “The pair appeared before the Benoni Magistrate Court yesterday. They were denied bail and the case remanded to 13 August 2020.”

Police are working closely with the prosecuting authorities towards a possible centralisation of the cases as “there is reason to believe that all arrested suspects may be implicated in both murders. At the same time, the possibility of the suspects being linked to more crimes cannot be ruled out pending the outcome of the ballistic tests,” said SAPS.

Lieutenant General Elias Mawela praised the relentless efforts and commitment with which the detectives have approached this investigation that has revealed a number of other crimes that could have gone undetected had it not been for their diligence.

Mawela also reminded owners of illegal and/or unwanted firearms and ammunition, about the new Firearm Amnesty Period that commenced on 01 August 2020 and will run for six months until 31 January next year.

“The recovery of so many illegal firearms is worth commending in the face of the recently released 2019/2020 crime statistics that reflect challenges in relation to contact crime, especially murder where the most common weapon is a firearm,” said the Provincial Commissioner of Gauteng.

Putfontein has been the scene of several gruesome murders, including the discovery in late December of seven bodies dumped on the Putfontein off-ramp, next to the N12 highway in Benoni… near to where a young couple were killed in May 2019. Two suspects in that Putfontein murder were arrested in June this year. Another motorist was shot dead on the off-ramp in July.

Carte Blanche last year exposed the inner workings of an underground war in the area between illegal miners (known as zama zamas). The current affairs show said: “With access to guns, ammunition and explosives these so-called zama zamas run amok in some of Gauteng’s abandoned mines.”

The illegal miners apparently trade high priced commodities underground and are willing to risk life and limb as they continue to pilfer abandoned mines. According to Carte Blanche it’s run by a network of organised crime syndicates. (You can watch Carte Blanche overseas on Showmax, or in SA on DStv Now.)