As predicted by the South African Weather Service, the cold front that made landfall on Monday afternoon in the SW Cape has moved over larger parts of South and Southern Africa in the past 12 hours. Here snow can be seen falling this morning in Queenstown in the Eastern Cape.

SAWS had predicted “disruptive snowfalls” over the high-lying grounds of the Cape Winelands, Central Karoo and Garden Route Districts of the Western Cape as well as Karoo Hoogland in the Northern Cape. Parts of the Eastern Cape and Lesotho have also been transformed into white winter wonderlands. UPDATE: Snow is falling in the Free State as well! See video below of snow in Bloemfontein!

Videos uploaded by ReenvalSA show snow on the Swartberge mountain range in the Western Cape of South Africa, and for the first time in nine years on the Rooiberge at Opsoek (between Calitzdorp and Ladismith).

For ski enthusiasts, Martin Schultz at Afriski Mountain Resort told SAPeople the resort received light rainfall at approximately 03h00 this morning. “Unfortunately it came with quite severe, heavy winds. The wind speeds are up to 70 or 80km/h at 3,000 metres elevation, so not much snow stuck to the ground during the snowfall. That being said, Afriski Mountain Resort received about 2 to 3cm in some areas” and the resort – which is situated in the heart of the Drakensberg-Maluti Mountains – expect the snow to last at least another day or two. 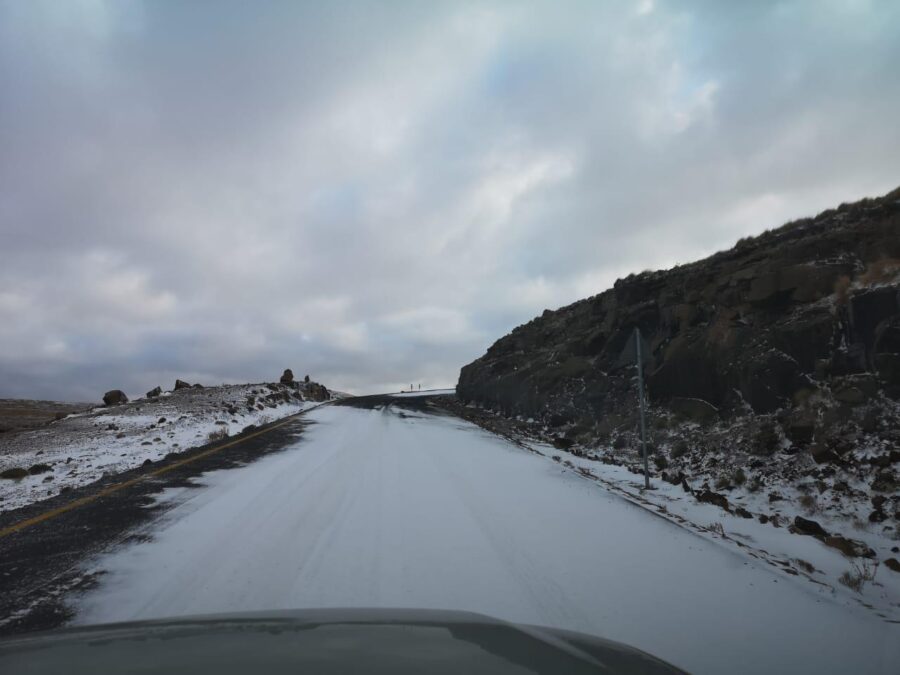 “Tonight we’re expecting severe cold after this Front passes. Freezing levels are expected to go down to approximately minus 14, minus 15… so it’s going to be a very, very fresh night up here in the mountains of Lesotho!” 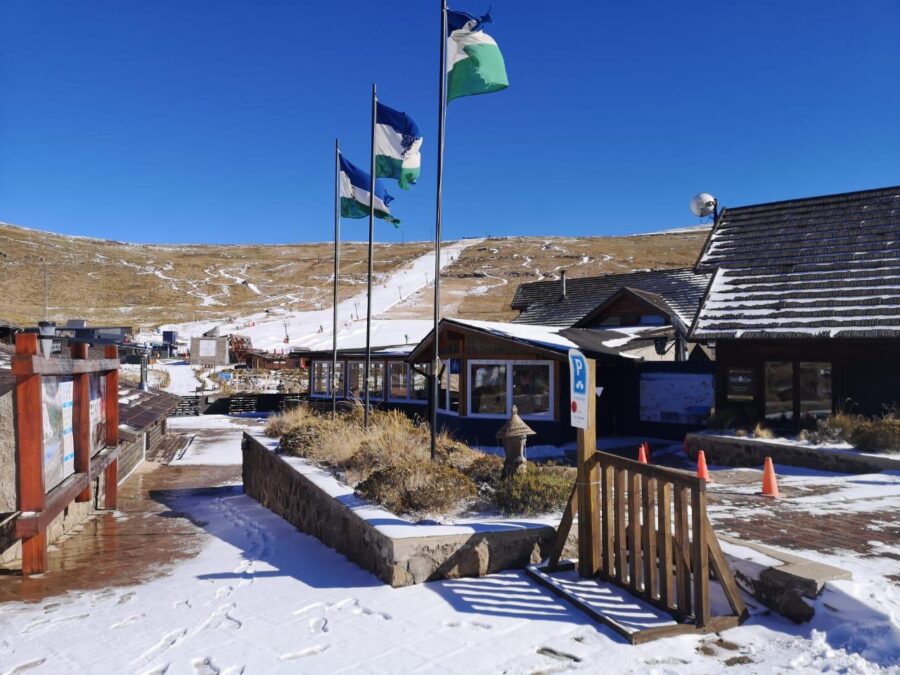 Captioning another video in Molteno in the Eastern Cape, ReenvalSA says it “only needs Christmas decorations to complete the picture”.

Other videos of snow from South Africa today:

Yesterday, in a freezing cold Cape Town, battered by howling winds, a video surfaced of snow on Table Mountain. It hasn’t yet been confirmed if it was snow or sleet.