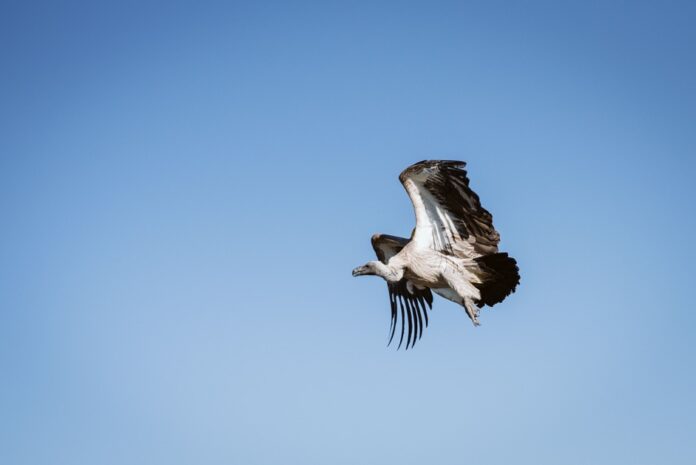 Between July and August 2020, 10 critically endangered African White-Backed Vultures have tragically been discovered dead in four separate incidents in northern KwaZulu-Natal, South Africa. Thanks to special GPS tracking units, these are helping identify what the threats to the species are… which unfortunately appear to be man-made threats.

Of the 10 deceased birds, four had been fitted with either patagial wing tags, GPS backpacks or both (see video below)… as part of the Zululand Vulture Projects’ efforts to monitor the fine scale movements and behaviour of African White-Backed and Lappet Faced Vultures, as well as to identify potential threats and areas of risk.

Tragically, two of these ten vultures were survivors from a poisoning incident last year and had been successfully rehabilitated and recently released into the wild. “Although this loss of 10 critically endangered vultures is devastating, the discovery of these birds and their cause of death now empowers us to tackle these challenges head-on,” says PJ Roberts, Wildlife ACT emergency response manager.

Of the 10 birds killed, one is believed to be due to a powerline collision, seven were struck by a train and two were suspected to be shot (this to be confirmed through autopsy). The collisions of vulture into powerlines is, unfortunately, a continuous threat to vultures and much work has already been done to prevent this. The death of vultures through train collisions, however, is a challenge that has seldom been seen previously in Zululand. This incident has ignited further investigations and dialogue with private landowners and relevant authorities to help implement preventative measures to reduce such incidents in future. 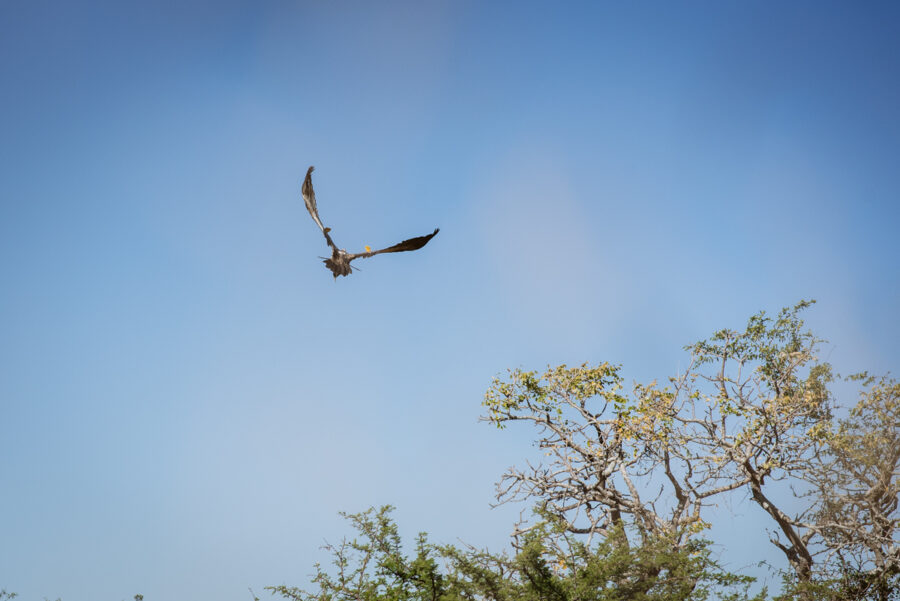 The recent information received from these birds that were fitted with GPS transmitters has therefore revealed further insight into the challenges faced by vulture species in the region.

“One of the most important principles in species conservation is to identify all of the threats that are faced by the species,” says Roberts. “Without understanding the reasons for a particular animal’s demise, attempts to conserve and recover the population are futile, as conservation efforts continue to fight against existing threats with no initiatives being put in place to address the root cause.”

The identification of these threats through intensive monitoring efforts, and then subsequent conservation actions to address them, is pivotal for the conservation of any species.

Perhaps the most noteworthy discovery over the past month has been the location of the bodies of two African White-Backed vultures, in two separate incidents, which were suspected to be shot in communal land adjacent to a protected area. After noting that the GPS tracking units for these birds had been stationary for two days, the Emergency Response team followed up and discovered the remains. Discussions with local traditional leadership revealed that the shooting of vultures was not uncommon in the area, with few people understanding their protected status, as well as the ecological value that the species provide.

The implementation of tracking equipment and monitoring protocols for vultures in Zululand has helped conservationists discover these ‘new’ threats. Now, with new information at hand, targeted outreach and educational initiatives will be implemented by Wildlife ACT and partners to better understand the issue and help shed light on the critical importance of vultures in Zululand. These incidents have also led to further dialogue with authorities and will help support the prosecution of those found in the illegal procession of vulture body parts.

If you would like to help support the important monitoring work being done for these critically endangered animals, please donate here: https://www.givengain.com/cause/2682/campaigns/17129/